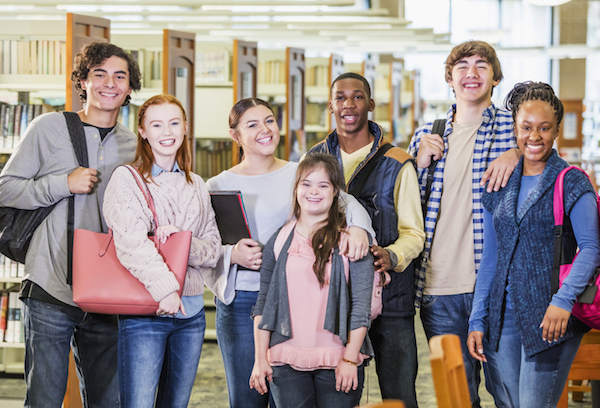 At the end of summer, an annual ritual takes place in many homes. Notebooks, binders, pens, laptops, and books are stashed in backpacks to be toted to school and stashed in lockers in between classes. It is a time of transition for students, from the lazy, hazy, crazy days to the expectation that they immerse in reading, writing, and ‘rith-metic in the classroom.

As a therapist who works with kiddos, I hear stories from many who find school stressful. Some of it is social anxiety, believing that everyone else is way cooler than they are, they are being judged and found wanting and that they are lacking confidence that they can ever fit in. Some struggle academically because of learning challenges and would prefer to be anywhere but there. Normal. Expected.

Now there are metal detectors, active shooter drills, and lockdown drills. The closest (miles apart) experience I had were fire drills where we lined up in the parking lot for a few minutes every few months. Never did I fear a real fire. Never did I worry about returning safely to the building.

I was speaking with a young client last year about ALICE Drills they have in preparation for a possible active shooter. (Alert, Lockdown, Inform, Counter, Evacuate). She shared that although the teachers were calm and comforting, it still frightened her to contemplate what could have happened if it went from drill to a real assault. Her eyes told the story. She wondered often if today would be the day when her fears would come to fruition.

According to Everytown for Gun Safety, there were 66 incidents of gunfire on school property thus far in 2019, resulting in 11 deaths (three were suicides) and 42 injuries. Imagine being a young person waiting to die or to lose a friend as a result of any future assault with a gun. Imagine being a teacher, charged with protecting your students at the potential loss of your own life. Imagine being a parent, getting a notification on your phone that your child’s school is on lockdown. How hard might it be to sleep at night?

Sandy Hook Promise is a group that was formed following the school shootings in Newtown, Connecticut. Their site educates the public with hard-won statistics.

The organization created a PSA in the form of a video called Back to School that brings the concept home in graphic form. As I watched it, I felt both deep sadness and almost overwhelming anger that anyone’s child should need to be in harm’s way.  As an avowed pacifist, I question the ‘need’ that some have to own guns. The Second Amendment to which some cling as if it is the very oxygen that courses through them was never intended to give people unlimited access to gun ownership. It has been one of the most polarizing topics of discussion in the last decade. Gun rights activists believe the Second Amendment to be sacrosanct and some hold that above the safety of the children, which is astounding since part of the reason they claim the right to bear arms is for protection.

Please see this for what it is…a matter of survival of everyone’s children. Their sense of emotional safety is at stake. Please don’t let this remain their ‘new normal.’