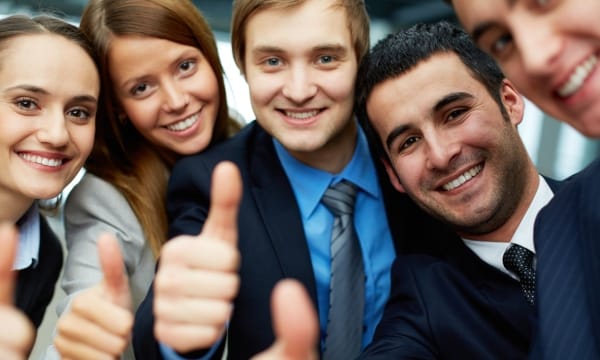 —
American children and teens, when asked the age-old question of what they want to be as adults, lean toward careers that could bring personal fame or are just plain fun, rather than those that might contribute to the betterment of society or lead to scientific progress.

“While we’re focused on fame and fun, other countries are emphasizing discipline and a good work ethic,” says Dr. Steven Mintz (www.stevenmintzethics.com), author of Beyond Happiness and Meaning: Transforming Your Life Through Ethical Behavior.

The latest example came in a survey Harris Poll conducted on behalf of Lego, where American children ages 8 to 12 picked vlogger/YouTuber as their No. 1 career choice. Chinese children, in comparison, overwhelmingly chose astronaut.

The results are similar to a survey Chicago-based market-research company C+R conducted a couple of years ago. American teenagers were asked about career aspirations and the largest percentage, 20 percent, said they want to be an athlete, artist or entertainer.

Mintz says the emphasis on fame – combined with a trend of many employers trying to create a “fun” work environment for employees – is troubling.

“Is this really what success looks like in the U.S.?” he asks. “Can we reasonably be expected to compete with the Chinese in the 21st century by making the workplace fun when the Chinese, who will likely surpass the U.S. as the world’s largest economy within the next 10 years, have skyrocketed to the top through hard work and discipline?”

But eschewing fun for fun’s sake doesn’t mean employees can’t find happiness at work. Mintz says that is better accomplished by creating a socially responsible workplace, which he says meshes nicely with the passion millennials and Gen Z have for social causes.

Some ways to help employees find happiness and meaning on the job, he says, include:

Establish an ethical culture. Companies should strive to create an ethical workplace culture where employees are encouraged to serve the interests of the company’s stakeholders – customers, clients and suppliers – and to do so ethically, Mintz says. Creating an ethical workplace starts with ethical values: emphasize doing what is right not wrong; doing good things not harmful ones.

Coach employees on the workplace’s values. Company leaders should engage employees in regular discussions about workplace ethics and the procedures that are designed to uphold ethical practices, Mintz says. “Employers must coach employees so they do good by being good, which means commit to ethical values,” he says.
Tap into the social conscience many employees already have. A recent survey reports that nearly one in five business-school students would sacrifice more than 40 percent of their salary to work for a responsible employer. “Some will work for nonprofits where they are committed to the cause,” Mintz says. “Millennials especially seek out purpose in their employment. I believe that’s because each of us is searching for happiness and greater meaning in life and our jobs provide one of the best sources to enhance our well-being.”

“Although there are troubling signs in our society regarding attitudes about jobs,” Mintz says, “I am heartened by other surveys that show millennials and Gen Z really care about what a business does, whether its actions are ethical and trustworthy, and that a purpose-driven culture exists that puts benefitting society front and center in their mission statement.”

—
A version of this post was previously published on Stevenmintzethics.com and is republished here with permission from the author.