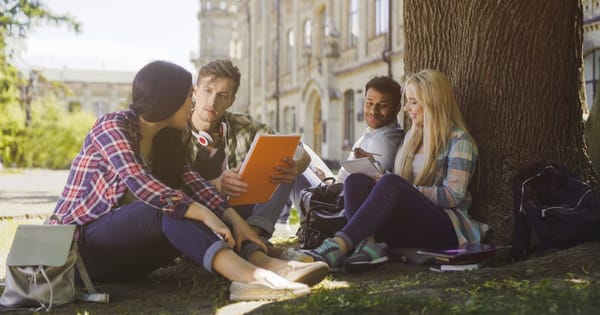 A stunning statistics revealed that one in five women, during the period of attending a post-secondary facility in Canada experience sexual assault – this is without the cases that are left unchallenged; including sexism and homophobia. This situation really requires a reasonable amount of concern and dedicated effort into solving, just as you’ll put efforts into contacting PapersOwl Canada when you need quality essay writing services in your course work.

While it is not really rare to find certain men exhibiting characters which tend to depict dominance, being unemotional, sexual aggression and violence – which all together make them become harmful to the society and even to themselves, propelling various reported acts of sexual violence and abuse, to mention for a start. Is this phenomenon of masculinity really a situation that is being experienced in Canadian Colleges today?

We go back to the statistics: it has been shown that several cases of masculinity go undocumented all over the world, perhaps at a time or another, you also must have seen this in play, whether being on the receiving end or being an observer from afar. Painfully, the society many times is at fault for this, because of the various misconceptions it passes to the male child from a tender age which he takes with him even to the college.

Masculinity refers to the qualities of manliness, that is, the habits and traits which a man exhibit and is considered appropriate for him. Some of the most obvious traits include physical strength, muscular body, facial hair, and so on.

However, society has driven masculinity to the extreme part of negativity. Right from childhood, it is not uncommon for parents to permit unbecoming attitudes from their male child with expressions such as “boys will be boys”, and this registers wrongly in the mind of many male children that they are unable to channel their “maleness” into any other productive endeavor than using it as a tool to oppress others, most especially, members of the opposite sex.

There are four types of masculinity which are identified widely in the paper, they are hegemonic, complicit, subordinate and marginal masculinities, all of which have almost the similar features which certain demarcations which the scope of this article does not cover.

Due to the fact that acts that strongly suggest that masculinity in its toxic form feature in universities in Canada, there have been various movements which are established just to counteract the effect of this undesirable way of living and also to show men a better way to be a man.

One such movement is the Gender-based violence prevention education, which is targeted at Canadian college campuses to teach and promote a better pattern of manly behavior among men. The movement believes that once the stronghold of toxic masculinity is pulled down, then its effects widely seen around colleges, most especially in the form of sexual violence will be brought to the minimum.

While toxic masculinity has led to socially-constructed attitudes that uphold the belief that a man must be unemotional or aggressive or violent, then we see the negatives that parade themselves around almost everywhere men with this mindset are. These disadvantages do not only affect men but men and women alike, no one is spared.

At this point, it is not out of place to state that masculinity is an issue that is of concern across college and academic campuses. Even among those who do not practice hegemonic masculinity, complicit masculinity exists, which is not an abstract idea but one which is encountered on a frequent basis. However, having the conception that masculinity only affects the opposite side, however, is prone to be false, because the effects of masculinity are suffered by men as well as women alike.

A good example is a depression in men and relationships– since the male child is expected to “man up” every challenge he has and keep it to himself, he gets depressed so easily, and he keeps it to himself. Many times, this finally leads to the most undesirable effect of stress, substance abuse, self-reliance, and even suicide in extreme cases.

In conclusion, many sensitizations are currently going on via various media to discourage propelling of masculinity that can lead to varieties of the unwanted character exhibits in males. Some of these are particularly carried out in colleges to sensitize students. One of these campaigns is “draw the line,” which educates men on the right characters and ways to be a man.

Masculinity is not a fiction in Canadian colleges, whether in Toronto or anywhere else. It is a truth which everyone has to rise up to address if indeed we desire a better and healthier college for both students and staff. Masculinity in its different forms are not the best customs to practice –we have to sincerely draw the right outline for the channeling of the male child strengths rather than use them as a tool to assault, oppress, dominate or harass others.