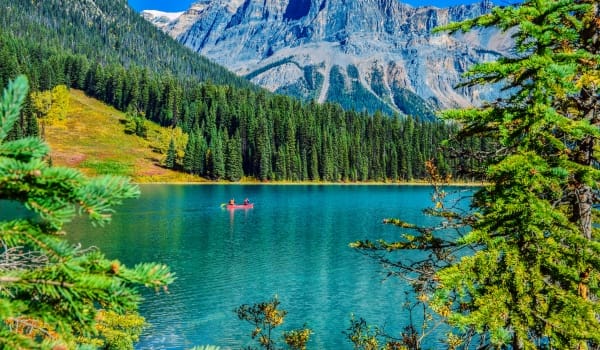 The Heart of Borneo is a vast and largely intact stretch of globally significant rainforest that cloaks the mountains, foothills and adjacent lowlands of Borneo, the third largest island in the world. In February 2007, Indonesia, along with Brunei and Malaysia – its two governing partner countries on Borneo – signed the Heart of Borneo (HoB) Declaration. A sign of their commitment to conserve and sustainably develop a 220,000km2 treasure trove of unique and endangered animals such as the Orangutan and Pigmy elephant, and magnificent plants, such as the world’s largest flower – the Rafflesia.

Ironically it was a Rio+20 event, featuring Indonesian President Susilo Bambang Yudhoyono and a host of leading international dignitaries including, as well as the Executive Director of UNEP, Achim Steiner that most recently highlighted the HoB approach on the international stage.

Opening the event, President Yudhoyono made the bold assertion that, “we all must move from a greed economy to a green economy” and the Rio+20 green economy theme proved to be a wonderful opportunity to showcase plans for green economic progress in the HoB.

Global conservation organization, WWF, has long been a supporter of the three government approach to conservation and sustainable development in the HoB and in recognition of Indonesia’s role in this process, WWF Director General, Jim Leape, presented the Indonesian President with a copy of a new WWF report called, The Heart of Borneo: Investing in Nature for a Green Economy which outlines a pathway to a green economy in the HoB.

Showcasing the vitally important values of the HoB’s ecosystems and biodiversity, the report highlights environmental costs and forgone revenues in the current economy as a result of a failure to take account of the value of natural capital. More than just highlighting the problems, it presents policy solution options and economic instruments to use, as well as on-the-ground and cross cutting interventions to improve the situation and useful targets and indicators along the way.

Put simply, the report shows how the pursuit of green economic growth can drive both sustained economic development and environmental conservation in the Heart of Borneo.

This report comes at a critical time as natural capital within the HoB has been sharply eroded in recent years. Ecosystem goods and services have declined and predicted climate change will exacerbate the problem, with increased risk of floods and fires, as well as the duration and intensity of wet and dry seasons.

In particular, the report notes the long term effect the unsustainable practices of the forestry, palm oil and mining sectors are having on other sectors in society. However, the aim is not to single out these industries for criticism, but rather to highlight that their erosion of natural capital leads to a corresponding erosion of long-term economic viability.

According to economic modeling featured in the report, under a Business-as-Usual (BAU) scenario, by 2020 the environmental costs of economic growth are estimated to outweigh revenues from the use of natural capital.

You cannot spend more than you earn without building up a huge and crippling debt. In recent times the world has seen how mismanagement of the world’s financial capital has done drastic and long standing damage to societies. The same will be true if we mismanage our natural capital – only the damage will be measured in ‘generations of suffering’.

What is not well understood is that far from the spirit crushing austerity packages which are being introduced to European countries as a cure for their financial crises, a move towards the preservation and restocking of our natural capital brings with it many benefits. WWF modeling, used in the report, shows a move to value natural capital and the adoption of a green economy approach actually reduces poverty, provides more rapid growth, stronger local economies and enhanced resilience to climate change.

Important in the achievement of the HoB green economic vision, will be the ability of South-South partners and institutions to embrace a paradigm change and evolve from traditional business-as-usual models of development to those that embrace more realistic valuations of natural capital. Pursuant to this new vision which joins environmental and economic assets, it will be critical to foster new skills and expertise in the application of financial models, as well as in the development of non-traditional partnerships and novel ways of influencing and driving policies that embrace natural resources, as intrinsic to economic strength.

Similarly, ensuring strong ownership of the HoB region by its constituent governments, and strengthening and broadening partnerships and resources to meet these aims will be critical to the future success and sustainability of the HoB. South-South cooperation has provided a strengthened platform from which three countries sharing resources can jointly pursue these goals and will be a touchstone for future progress in the years to come.

This post was previously published on greeneconomycoalition.org and is republished here under a Creative Commons license.

Facebook22Tweet1PinEmailShares23
wpDiscuz
0
0
Would love your thoughts, please comment.x
()
x
| Reply
Share this ArticleLike this article? Email it to a friend!
Email sent!