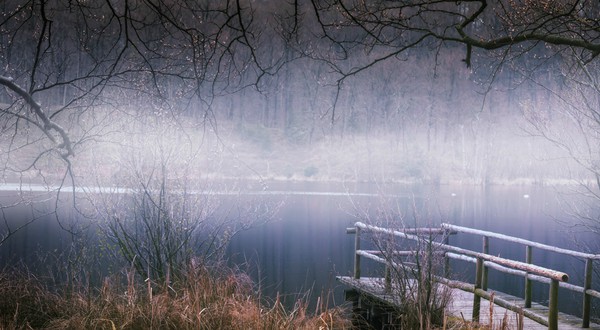 —
LONDON, 6 September, 2018 – A new technology, harvesting airborne potable water from the air using salts and sunlight, is set to offer new hope to many communities desperate for water to drink and to grow their crops.

An existing technology, which collects water from mist and clouds in mountain or coastal regions, is now established as a useful source of water in many countries. But where there is no fog it can achieve little. The new technology, harvesting water vapour from the air with the use of abundant salts and virtually unlimited sunlight, has now become a possibility, meaning even places without fog are not condemned to continued thirst.

Using sheets of various materials that harvest vapour from fog and allow the water to drip into collectors for later use already sustains many dry region communities, and a Canadian charity, Fogquest, works to help people in countries able to benefit. Countries using these established fog collectors include Chile, Peru, Guatemala, Namibia, Eritrea, Oman and Nepal.

In California, where coastal fog is normal even in the driest seasons because of the closeness of the sea to the dry coast, much of the vegetation could not survive without harvesting fog. A large number of water-collecting devices is being tried in a quest to improve efficiency.

“These salts not only work when the sunlight is strongest, at noon or early afternoon, but also … during other times of the day”

But in some desert regions, particularly in sub-Saharan Africa, there is no fog, so the existing technology is no help. What there is, though, even in the driest regions, is water vapour in the atmosphere. And that offers hope.

Until now extracting water from this vapour so people and animals could make use of it has defeated human ingenuity. But Renyuan Li, a Ph.D student from KAUST, the King Abdullah University of Science and Technology, Saudi Arabia, has shown that using commonly available salts which absorb water from the atmosphere at night makes it possible to obtain fresh water during the day – by exposing the salts to sunlight.

With his tutor Peng Wang he experimented with a range of common salts and came up with three that readily absorb water from the atmosphere and release it again in drinkable form when daylight arrives.

The three salts are copper chloride, copper sulphate and magnesium sulphate. They are effective in capturing water from the air with relative humidity as low as 15%. Still better, when exposed to even weakened sunlight, they release all the water they hold: just fresh, clean water.

“We found that these salts not only work when the sunlight is strongest, at noon or early afternoon, but that they also perform well during other times of the day, such as morning and late afternoon,” Li says. “This is important, because the extended operating hours could broaden the range of conditions in which the process can be used.”

With the problem of water shortages growing ever more acute in parts of Africa badly affected by climate change, many human settlements face extinction if they cannot find a reliable water source. The discovery at KAUST could provide a solution, because even in the most arid regions there is plenty of water in the atmosphere. It has been calculated that at any given moment the atmosphere contains as much as six times the water in all the rivers on Earth..

Professor Wang says their work could be useful in many poor, dry regions. “We are now working on salt-based composite materials with significantly enhanced water-uptake capacity, which we consider to be the second generation of our atmospheric water generator,” he said. – Climate News Network

This post was previously published on www.climatenewsnetwork.net and is republished here under a Creative Commons license CC BY-ND 4.0.
—
Photo credit: Istockphoto.com

Facebook3TweetPin2EmailShares5
wpDiscuz
Share this ArticleLike this article? Email it to a friend!
Email sent!