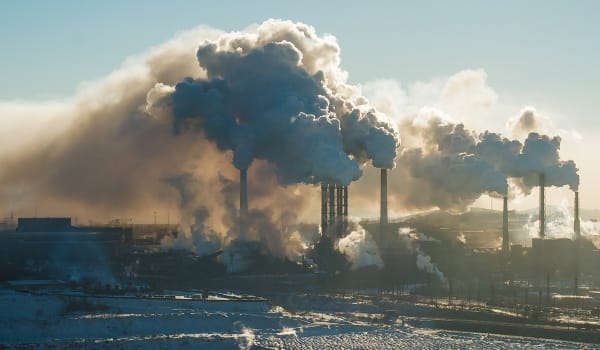 —
The decision to abolish the Department for Energy and Climate Change has been variously condemned as “plain stupid”, “deeply worrying” and “terrible” by politicians, campaigners and experts.

One of Theresa May’s first acts as Prime Minister was to move responsibility for climate change to a new Department for Business, Energy & Industrial Strategy.

Only on Monday, Government advisers had warned of the need to take urgent action to prepare the UK for floods, droughts, heatwaves and food shortages caused by climate change.

The news came after the appointment of Andrea Leadsom – who revealed her first question to officials when she became Energy Minister last year was “Is climate change real? – was appointed as the new Environment Secretary.

And, after former Energy and Climate Change Secretary Amber Rudd announced in November that Britain was going to “close coal” by 2025, Ms Leadsom later asked the coal industry to help define what this actually meant.

Greenpeace said it was concerned that the new Government did not view climate change as a serious threat..

“They show a lack of understanding posed by climate change to the UK and the world. If we are to continue to have a key global role in environmental action, we need urgent reassurance from the new government that the hard won progress on climate and renewables targets, air pollution and the protection of wildlife will not be sidelined or abandoned in the Brexit negotiations.”

“Climate change is the biggest challenge we face, and it must not be an afterthought for the Government,” she said.

“Dealing with climate change requires a dedicated Minister at the Cabinet table. To throw it into the basement of another Whitehall department, looks like a serious backwards step.”

Craig Bennett, chief executive of Friends of the Earth, pointed out that a major report into the effects of climate change on Britain had made clear that it was already happening.

“This is shocking news. Less than a day into the job and it appears that the new Prime Minister has already downgraded action to tackle climate change, one of the biggest threats we face,” he said.

“This week the Government’s own advisors warned of ever growing risks to our businesses, homes and food if we don’t do more to cut fossil fuel pollution.

“If Theresa May supports strong action on climate change, as she’s previously said, it’s essential that this is made a top priority for the new business and energy department and across government.”

And Stephen Devlin, an environmental economist at the New Economics Foundation (NEF), said the department’s abolition was “a terrible move by our new Prime Minister”.

He said it appeared to signal “a troubling de-prioritisation of climate change by this government”.

“Tackling climate change is an era-defining challenge that must direct and determine what industries we develop, what transport infrastructure we construct, how we manage our land and what our diets look like. It requires a central co-ordinated strategy; if we leave it to the afterthoughts of other departments we will fail,” he said.

“This reshuffle risks dropping climate change from the policy agenda altogether – a staggering act of negligence for which we will all pay the price.”

He called on Ms May to reaffirm the Government’s commitment to the 2008 Climate Change Act, which he described as a “world-leading piece of legislation”.

This commits the UK to an 80 per cent reduction in greenhouse gas emissions by 2050 and is “one of few remaining silver linings in UK environmental policy”, Mr Devlin said.

A letter by DECC’s permanent secretary, Alex Chisholm, to staff in his department, which was leaked to Civil Service World, confirmed that its responsibilities were being transferred to the new Department for Business, Energy and Industrial Strategy, under its new Secretary, Greg Clark.

“We can make sure we have the 21st century infrastructure we need. Business will have a strong champion in government,” he wrote.

“Energy and climate change will continue in a single department ensuring efficient paths to carbon reduction.”

A spokesman for DECC told The Independent: “Nothing is changing. The commitment [to dealing with climate change] is still there.”

This post was previously published on ecowatch.news and is republished here under a Creative Commons license.