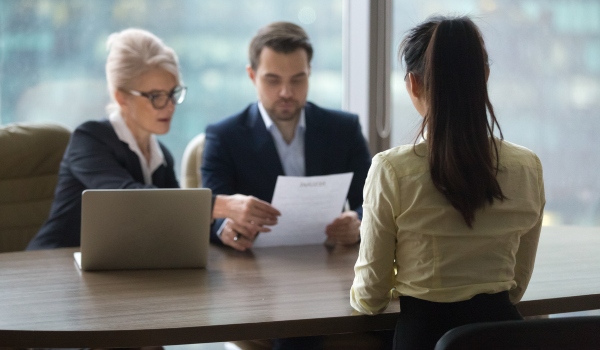 —
By Brendan Smith and Jeremy Brecher

These are tough times to be a construction worker in America. While other sectors of the economy are showing signs of life, the unemployment rate in the construction industry is getting worse, not better – rising from 13% to 16% in January.

It is against this backdrop that the titanic struggle over the Keystone XL pipleline is being waged. On one side are unions such as the Laborers International Union of North America and the United Association of Plumbers & Pipefitters, who support the pipeline because they believe that it will create thousands of high-wage jobs for their members. On the other side are environmentalists and others who believe the pipeline will hasten the climate crisis, threaten our water supplies and increase oil prices.

The fallout from the conflict has been significant. When six labor unions joined the Sierra Club and other environmental groups in support of President Obama’s decision to oppose the permit last month, LIUNA President Terry O’Sullivan accused the coalition as being “job killers,” and withdrew his union from the BlueGreen Alliance.

Inside Washington, this divide over Keystone appears insurmountable — especially since the “jobs vs. environment” debate has been played out repeatedly for decades. But outside of Washington, the very same unions that support the pipeline are down in the trenches fighting for a transition to a green economy.

LIUNA, for example, has created OptiHome, an alliance of skilled workers and certified contractors working in the energy efficiency sector. The program includes training and job placement, and has been effective at bringing a new generation of workers into the green economy. One of these workers is Tahlia Williams, a 30-year-old single mom had been interested in construction work for a long time but saw it as “man’s work” and was unsure how to break into the industry. But after Tahlia completed LIUNA’s weatherization training program she was quickly hired as an energy efficiency mechanic by the Community Environmental Center ““ the largest residential weatherization contractor in New York City. According to Tahlia, she is “proud to be working to protect our environment, while at the same time helping fellow residents save money on their energy bills and enjoy a more comfortable home. This is about a better future for my family, for New York homeowners, and for everyone!”

LIUNA’s green jobs agenda has also helped grow the union. They negotiated a card check agreement with Conservation Services Group, a company which conducts nearly a half million home energy assessments annually for utilities and energy efficiency organizations nationwide, reaching more than 2 million homes in the last 25 years. And LIUNA recently chartered a green local designed for workers specializing in weatherization and other green jobs. Green Jobs Local 58’s first round of recruits graduated from LIUNA’s training center this month and are earning $14 an hour with benefits. To fund the program, LIUNA joined forces with local environmentalists to pass the New York Green Jobs Financing Law that provides funding for residential weatherization work.

Another building trades union that is riding the green wave is the United Association of Plumbers & Pipefitters. UA created the nation’s first union “sustainability office” in the country, which is developing three new “green” craft-specific certifications: Green Plumbing/Pipefitting, Green Sprinkler Fitting, and Green Heating, Ventilation, Air Conditioning and Refrigeration (HVACR). UA has also been driving a “Green Systems Training Trailer” around the country to educate members and the general public about the importance of energy efficiency.

So despite their support for the Keystone pipeline, on the ground in cities and towns around the country building trades unions are at the cutting edge of green economic development. These green success stories show that the green jobs path for LIUNA and other construction unions is not a “pie-in-the-sky” promise — these jobs are shovel-ready and offer a secure future for their members. It is also significant that some of these unions have stepped out in front at the international level by joining environmentalists around the globe fighting to reduce greenhouse gas emissions. LIUNA, for example, was one of three unions in the U.S. to support science-based targets and timelines for carbon reduction at the 2009 climate summit in Copenhagen.

But here is the problem: For environmentalists, the Keystone battle has called into question unions’ commitment to addressing climate change, which is the primary rational for green jobs and energy efficiency programs. Some unions are trying to play both sides of the fence: siding with fossil fuel companies and Republicans for new coal plants, pipelines and refineries; while simultaneously teaming up with environmentalists for green jobs programs. Keystone has laid bare this contradiction.

The Keystone campaign has also put a strain on labor’s relationship with Occupy — a movement seen by unions as a powerful new ally. Indeed, LIUNA’s own homepage features a statement that “LIUNA Backs Occupy Wall Street Movement. In November the Building Trades launched the Jobsforthe99.com website and began running ads in newspapers and radio along the pipeline route, using the rhetoric of Occupy and the 99 percent to push for construction of the Keystone XL pipeline. In response, the main governing body of Occupy in New York issued a statement of disavowal: “The leadership of the unions behind this campaign have made a public alliance with the oil industry and Tea Party funders…We must dissociate from this attempt at co-optation by the 1% to preserve our movement as the 99%.”

The last decades have shown that partnering with the right wing and corporations has been a devil’s bargain for workers, whereby companies use unions to push for environmental deregulation and subsidies for carbon-intensive projects, while simultaneously funding “right-to-work” and other anti-union campaigns. This unholy alliance has crippled unions’ ability to organize workers and laid the foundation for a private sector unionization rate of less than seven percent.

Unions and environmentalists agree on most issues – ranging from living wages and health care to corporate greed and green job creation — and there is consensus that defeating the right wing agenda requires solidarity of the 99%. With this in mind, it’s time for labor and environmentalists to sit down and hammer out plan for putting union members to work rebuilding our country and protecting the planet. None of us can build a sustainable future alone.

This post was previously published on labor4sustainability.org and republished here with permission.