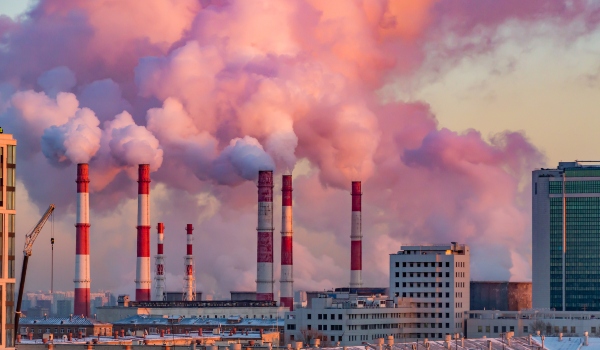 LONDON – The European Union’s failing carbon market has been thrown a lifeline by the European Parliament’s Environment Committee. It has backed the Commission’s plan to prop up the price of a tonne of carbon by withdrawing an oversupply of credits from the market. Carbon trading is one of the major EU policies designed to combat climate change. But a combination of successful lobbying by industry bodies, political interference and lack of economic growth has brought the scheme close to collapse, so that it is now cheaper to pollute the atmosphere than to invest in becoming energy-efficient. The original idea of the EU emissions trading system (or scheme), the ETS, was to set a maximum cap on carbon emissions from each factory or power station. This would force industry to become more efficient or to pay a high price for every extra tonne of carbon over the limit. Industries would gain credits for reducing their emissions below the set limit and then sell them on the open market to polluters who had failed to act. The whole system depended on the price of the units of carbon being high enough to give polluters an incentive to reduce their emissions. But the market has been in trouble for years, with a gradually sliding price for carbon because industry had no trouble meeting its unrealistically low targets on energy efficiency. This led to a vast surplus of carbon credits and few needing to buy them. As a result the price of carbon fell from 30 euros a tonne in 2008 to under five this year. This left no incentive for industry to reduce its emissions – it was cheaper and easier to buy cheap carbon credits. Since the carbon market was an important part of the EU’s strategy to bring its overall greenhouse gas emissions down, the Commission needed a way to get the price to rise again.

Given a breathing space

It devised a system to withdraw credits from the market, so reducing the surplus, and then to reintroduce them gradually at a later date, maintaining the pressure on industry to become more energy-efficient. The plan looked doomed last month when the European Parliament and Industry Committee voted down the Commission’s scheme after intense lobbying by the European Steel Association. The steel industry fears overseas competition if it has to pay high prices for carbon credits when Asian companies do not. On Tuesday this week the Environment Committee of the same Parliament took a different view, leaving the way open for the whole Parliament to support a revival of the Commission’s plan, and if that works, a rise in the price of carbon. The markets were not convinced, however. Instead of the price of carbon rising, as optimists might have supposed, the price fell from 5.13 euros a tonne to 4.09. Marcus Ferdinand, senior market analyst at Thomson Reuters Point Carbon, said the reaction was mainly because that was what the market had expected the Committee to do. “It also indicates that the market remains sceptical as to whether politicians will support the measure in the end”, he said. EU governments, which had left themselves with a climate change strategy in tatters because they had given away too much to big business in the first place, now have a chance to back the rescue plan. Negotiations between all the parties involved are under way to see exactly how the plan would work to raise the price without damaging industry. The position of the German and Polish Governments is key, because the health of heavy industry is crucial to both economies. Analysts believe there is still a long way to go to get the Parliament, the Council of Ministers and the Commission to agree on a deal. – Climate News Network