Get Daily Email
Join/Login CLOSE
Home / Environment / How Long Before We Find Ourselves Living in a Mad Max World? 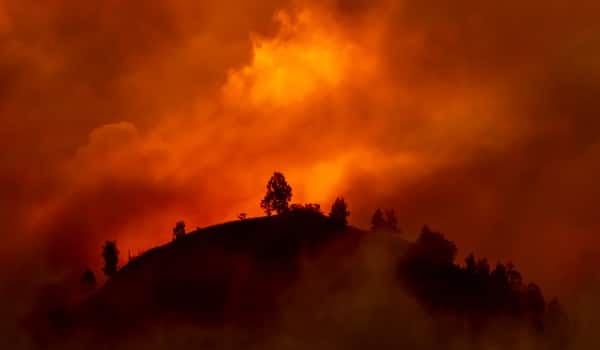 I first discussed the Mad Max scenario in my book, “Viviendo en el futuro” (“Living in the Future”, which is soon to be published in English) and have continued the conversation since. This post-apocalyptic vision might seem alarmist to some, but in the context of recent events, seems a growing possibility in some parts of the world.

In Australia — where Mad Max was set, which in recent weeks has been hit by the worst fires in decades, cases of water theft, among many other catastrophes, have already been reported.

The idea of a climate emergency may seem distant to many people, but the reality is that over the course of 2019 we have seen at least fifteen natural disasters directly caused by global warming. We should put this in context: It’s not just the European Parliament that has declared a climate emergency: there have been another 1,288 such declarations. One in ten people in the world live in territory where a climate emergency has been declared.

Given how long it is taking us to reach the point where we are now prepared to recognize that we are now in a climate emergency, such declarations are largely symbolic; nevertheless, based on scientific evidence, some 11,000 experts from all over the world agree that this is an emergency, so we should now take this into account when planning for the future. The international community criticized the Brazilian government over its complicity in the destruction of the Amazon forest, but there are up to nine similar situations currently threatening to take the planet beyond the tipping point into a potential Mad Max scenario. If we’re going to do anything to arrest this change, then isolated actions or minor modifications won’t be enough: what is needed is a total transformation of the economy in which technology and digitalization have everything to contribute.

We are in an emergency, and we have to act as we do in emergencies, by taking exceptional measures. I have commented on this at different moments: reports such as the IPCC’s were not alarmist, quite the opposite. You may be lucky enough to live to live somewhere that still hasn’t been directly affected, but that doesn’t mean you won’t be at some point in the not-too-distant future. We are aware of the situation and must act accordingly; the alternative, to continue doing nothing while fooling ourselves that everything is fine, will surely lead us to a growing number of potential Mad Max scenarios.