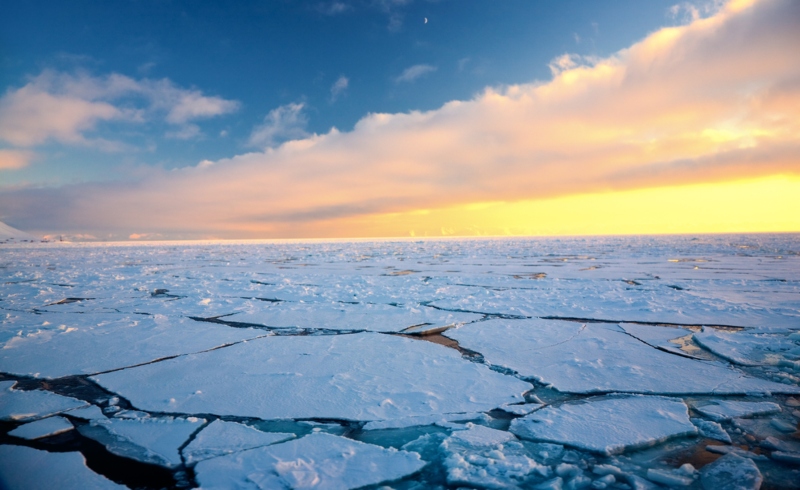 Scientists have calculated that at least 30% and perhaps one half of the decline in Arctic summer sea ice could be attributed to natural causes – changes of ocean and atmospheric circulation that happen according to some long-term cycle.

And that means humans can be held responsible for at least 50% and up to 70% of a pattern of decline that could devastate Arctic ecology, and accelerate climate change in the temperate and tropical zones.

The new research does not mean that global warming or the retreat of the glaciers is a natural phenomenon. In fact, it clears up a long-standing uncertainty: just how much global warming − driven by prodigal human combustion of fossil fuels − is changing the rhythms of life in one zone of the planet.

Sea ice decline in the Arctic has been dramatic and sustained over the last five decades, but it has been an uneven decline. The burden of greenhouse gases in the atmosphere has increased over those decades, and so have average atmospheric global temperatures.

So the year-to-year variation in the extent of the sea ice would also be affected by natural forces. Meteorologists already knew this, but the question remained: which natural forces, and how?

Researchers from California, Washington state, Maryland and New Jersey report in Nature Climate Change journal that they used three aspects of atmospheric circulation in the months of June, July and August to look at the whole picture again.

They found that the circulation of air – and its temperature and humidity – could contribute 60% of the polar sea ice decline since 1979.

“Looking ahead, it is still a matter of when, rather than if, the Arctic will become ice-free in summer”

They then looked at whether these changes could be explained as natural or as a consequence of human influence, and pinned a proportion of the blame on natural variability − some of it driven by long-term changes in the tropics.

The human factor remains uncertain – detailed and systematic measurements of change in the Arctic began only in the Space Age – but the researchers are confident that the overall decline of September sea ice in the Arctic Circle is at least 50% human responsibility, and possibly 70%.

“Looking ahead, it is still a matter of when, rather than if, the Arctic will become ice-free in summer, but we expect to see periods where the ice melts rapidly and other times where it retreats less fast,” says Ed Hawkins, a climatologist at the University of Reading in the UK, commenting on the study.

And Jeffrey Kargel, a glaciologist at the University of Arizona in the US, says: “Part of the huge climatic changes affecting all of the Earth is due to processes that happened long before humans came on the scene.

“It does not mean that what is happening to Arctic sea ice is all normal and healthy and unperturbed by the drastic impacts humans are having on climate and weather by means of changes to the atmosphere.

“We know that humans are impacting Earth’s climate in drastic and practically important ways that affect every human being.” – Climate News Network