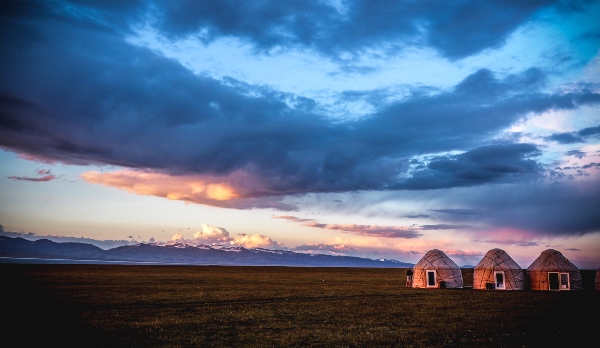 By Gabrielle Lipton and Andrew Bilski

While youth activists might have grabbed the spotlight of September’s Climate Week NYC 2019, an ambitious initiative was launched under the radar, focusing on a steadfast decade of country action in a part of the world often given little attention in climate change discussions. Dubbed ECCA30 for the initials of its focus regions, the initiative aims to restore 30 million hectares – an area roughly equivalent to the size of Italy – of degraded landscapes in Europe, the Caucasus and Central Asia by 2030.

Building on political momentum for its mission, as enshrined in the 2018-adopted Astana Resolution, ECCA30 aims to bring the regions together as a collectively powerful player in landscape restoration, which is the process of regaining ecological function and human wellbeing across lands that have lost health and productivity due to human impact and climate change.

At ECCA30’s launch in New York, Fred Stolle, deputy director of the World Resources Institute’s forests program, noted that land and forest restoration have “enormous potential for carbon sequestration, with multiple benefits for millions of people on water and food security, as well as energy generation.”

The U.N. Economic Commission for Europe has partnered with the Food and Agriculture Organization of the U.N. (FAO), the International Union for Conservation of Nature (IUCN), WRI and the World Bank to implement the initiative.

ECCA30 is a new and strong branch within the tree of ongoing global restoration initiatives, such as the Bonn Challenge, the Paris Agreement on climate change and the Sustainable Development Goals (SDGs) – and SDG target 15.3 in particular, which calls on countries to achieve global land degradation neutrality (LDN) by 2030.

Similar to these others, ECCA30 is country-led, with each government committing to restore a certain amount of its own degraded landscapes; the initiative’s uniqueness derives from its geography.

“I noticed that all the regions, from Latin America to Africa to the Mediterranean, had an initiative to support them to implement the Bonn Challenge,” says Paola Agostini, one of ECCA30’s initiative’s architects and a lead natural resources specialist at the World Bank.

“But when I started working on Central Asia, they didn’t really know what the Bonn Challenge was or (the concept of) landscape restoration. That’s when we realized how important it would be to actually bring Central Asia and the Caucasus into this international movement.”

Globally, restoration of degraded and deforested landscapes has gained recognition as a way for countries to achieve multiple national and international goals on mitigating climate change, improving livelihoods, reducing desertification and conserving biodiversity.

“Every sector benefits from landscape restoration,” says Agostini. “ECCA30 is a partnership that works to unify countries to all work for the same goal.”
—