Get Daily Email
Join/Login CLOSE
Home / Environment / No Idling: An Easy Way To Help The Planet 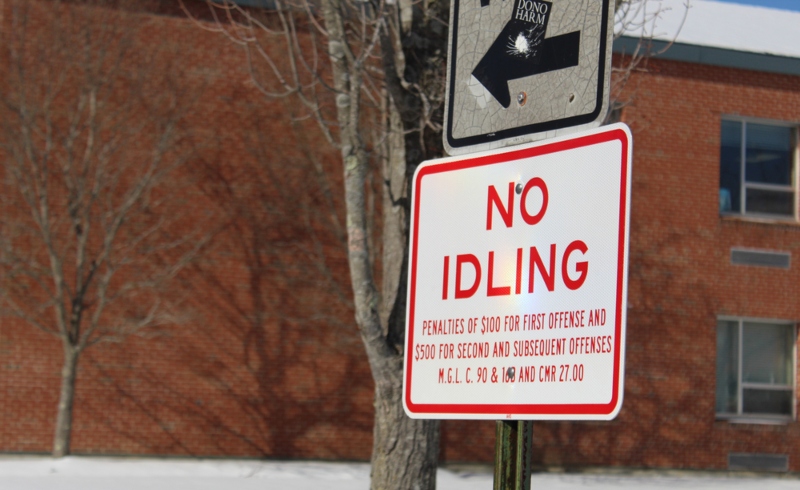 Dear EarthTalk: Every day when I pick up my kids at school, all the parents wait in their cars with the engines running. Is all this idling a significant contributor to the atmosphere’s carbon burden or am I being a worry wart over nothing?

Idling is indeed a scourge on the environment, given the noxious emissions coming out of our engines. According to the U.S. Department of Energy (DoE), a single vehicle dropping off and picking up a kid at school each day adds three pounds of air pollution to the atmosphere per month from idling. The 250 million personal vehicles on the road in the U.S. alone generate about 30 million tons of carbon dioxide every year just by idling. DoE reports that eliminating unnecessary idling by personal vehicles would be equivalent in emissions reductions to taking five million vehicles off the road.

Personal cars are only part of the problem. About half of the six billion gallons of fuel we waste on idling each year in the U.S. comes from commercial vehicles. We’ve all seen those delivery trucks with their engines humming while the driver eats his lunch inside or makes his rounds of deliveries on foot. But this kind of irresponsible behavior is actually against the law in 41 U.S. states (some of these restrictions are in municipalities but not necessarily state-wide). The rules vary by jurisdiction. A few states have outlawed idling altogether with the majority of others limiting it to five minutes before fines kick in.

Environmental activist George Pakenham made news last year by collecting some $9,000 in bounty payments for reporting commercial vehicle idling around New York City as part of a new anti-idling ordinance (successful tattlers get 25 percent of the fines they call in, which range from $300-$2,000).

What’s surprising is how much idling still goes on, given that most modern engines run better—and warm up faster—while in motion. And you won’t cause any measurable wear-and-tear on your car or truck by turning it off and on instead of idling, given the sturdiness of modern-day starters and batteries.

The non-profit Sustainable America launched its #TurnItOff campaign to spread awareness about the need to reduce or eliminate wasteful automotive idling. The group recommends that if you’re pulled out of traffic and going to be waiting for more than 10 seconds, do everyone around you and the environment a favor by turning off your engine. (If you have a hybrid or electric car —or a newer internal combustion car with so-called “stop-start” technology—you’re already part of the solution, as these vehicles shut themselves off when at a complete stop and then come back to life when the driver steps on the gas.)

While preventing automobile idling may be an up-hill battle, the shift to hybrid and electric engines is a step in the right direction. Maybe one day when all the vehicles on the road are zero-emission EVs, idling won’t be an issue anymore. But until then, whether you’re a mom at school pick-up or a delivery driver between drops, be responsible and shut it off while you wait.