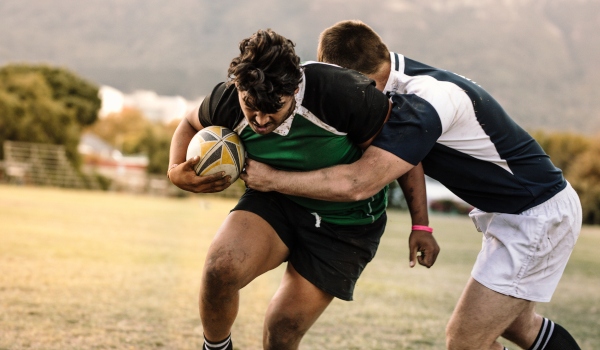 LONDON, 1 October, 2019 – Players from the Pacific islands are performing a prominent role in the intense battles at present going on at the rugby world cup in Japan.

Away from the rough and tumble on the pitch, the players are facing an even bigger challenge back home as their island nations come under increasing threat from climate change, in particular from ever-rising sea levels.

A recent report by the Intergovernmental Panel on Climate Change (IPCC) warns of the catastrophic effect rising sea levels – mainly caused by the melting of ice at the poles – will have on billions of people living in coastal areas and in island states around the world.

In the low-lying island nations of the Pacific, climate change is already having an impact. Coastal communities are frequently inundated by rising seas. Salty seawater poisons precious supplies of fresh water.

Crops are lost and homes damaged. Warming seas are killing off coral reefs, a key source of fish and an industry on which many islanders depend for their living.

A report by the charity Christian Aid, focusing on the rugby world cup, says that while Pacific island teams Fiji, Tonga and Samoa are playing a central role in the tournament in Japan, they are, at the same time, being exploited and harmed by the actions of bigger and richer nations involved, including Australia, New Zealand and England.

The report points out that Pacific island states are among the lowest emitters of climate-changing carbon dioxide and other greenhouse gases. Yet they are among those suffering most from a warming world.

Samoa emits 0.7 tonnes of CO2 per capita each year. The equivalent figure for Australia is 16.5 tonnes and for host Japan is 10.4 tonnes.

Jonny Fa’amatuainu is a former Samoan international who has also played for rugby clubs in England, Wales and Japan.

“As a Pacific Island rugby player, tackling the climate crisis is close to my heart. My grandparents and other families who lived in a village on the coast of Samoa moved inland two years ago because of climate change”, he says.

“The Pacific Islands are the soul of our sport and we have produced some of the most dynamic and exciting players on the planet … climate change is a crisis these countries did not cause yet it’s a fight they are suffering from the most.

“It’s a fight they need the help of the rugby community to win.”

The Christian Aid report says climate change threatens to undermine the Pacific Islands’ economies. Tourists will stop visiting and young people will be forced to leave, with up to 1.7 million likely to move from their homes in the region over the next 30 years.

Cyclone Gita, which devastated many parts of Tonga last year, was the strongest storm to hit the nation since records began. The report says global warming means such storms will be more frequent across the region in the years ahead.

The study also highlights the way in which many Pacific island rugby players are treated, being paid wages only a fraction of those earned by their counterparts in richer countries. The teams are also often excluded from various international tournaments.

“Climate change is the ultimate injustice issue and nowhere is that captured more clearly than among the nations taking part in the rugby world cup”, says Katherine Kramer of Christian Aid, the author of the report.

“The island nations in the Pacific are some of the most vulnerable in the world and they have done almost nothing to cause their plight.

“The main culprits for causing the climate crisis are European nations as well as major coal burners like Australia, the US and Japan.

“Not only have they caused the current dire situation, but they are dragging their feet on making the needed transition to a zero-carbon economy.” – Climate News Network