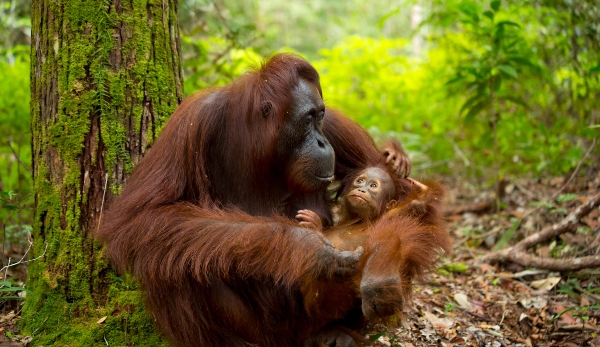 High in the tree canopies of West African rainforests, flashes of bright color, croaks, chuckles, and loud yells mark the presence of the roloway monkey (Cercopithecus roloway). But its call of the wild might soon go permanently quiet – and the same fate potentially awaits thousands of other species.

Those are the dire warnings given by the latest update to the International Union for the Conservation of Nature (IUCN) Red List, released in July.

Considered the most thorough catalog of the conservation status of the world’s biodiversity, the Red List added assessments for 9,000 species including trees, primates, and deep-ocean mollusks. It classifies species in categories ranging from extinct to critically endangered to near threatened to vulnerable. No species made an improvement.

The imperiled state of the world’s wildlife has far-reaching implications for landscapes and planetary health.

“Once you lose a species, it has a knock-on effect,” said Craig Hilton-Taylor, head of the Red List. As an example, he pointed to the important role of snails in freshwater ecosystems, where they filter impurities from the water and support plants and algae. The loss of a snail species can have a ripple effect on nearby freshwater environments.

In equatorial West Africa, roloway monkeys and other primates help regenerate forests through seed dispersal and pollination. But their populations have dwindled to less than 2,000 due to hunting for bushmeat and deforestation, and they are now classified as critically endangered – one step away from extinction. Marked by patches of red and orange and white brow lines resembling headbands, they are dependent on mature, old-growth trees, but their natural habitats in Côte d’Ivoire and Ghana experienced some of the world’s highest rates of primary forest loss in 2018.

Six other primates – five of them in West Africa – are also now closer to extinction in the latest Red List update.

“This loss of primates matches the data we are seeing elsewhere in the wet tropics, where species are most at risk,” Hilton-Taylor said. “In Asia, loss of songbirds due to a huge trade in wildlife trafficking has made some forests completely silent. And when you lose birds, you lose pollination, and insect populations can then go up, as well as pests and invasive species – all of which is very destructive to habitats.”

The importance of species to habitats also underscores a new IUCN initiative, the Red List for Ecosystems. Still in its early stages and being rolled out in the Americas, it aims to provide a snapshot of the future of some species. “It provides a way to assess the collapsing of ecosystems and future species loss,” explained Hilton-Taylor. “When a landscape disappears, some species may continue to hold on for a little while longer.”

Although the overall Red List data – gathered by a network of scientists and researchers worldwide – represents just a small portion of the millions of species in the world, roughly a quarter of those assessed are already classified as near extinction.

“We must wake up to the fact that conserving nature’s diversity is in our interest and is absolutely fundamental to achieving the Sustainable Development Goals,” said IUCN acting director general Grethel Aguilar.

“States, businesses and civil society must urgently act to halt the overexploitation of nature and must respect and support local communities and Indigenous peoples in strengthening sustainable livelihoods.”