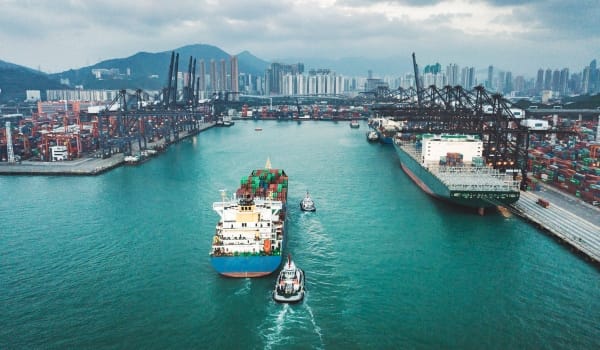 LONDON – The president of the World Bank says global warming is a real risk to the planet and is already affecting the world’s economy. Speaking to the G20 finance ministers at their meeting in Moscow the president, Dr Jim Yong Kim, urged governments to “tackle the serious challenges presented by climate change. These are not just risks. They represent real consequences.” Dr Kim said failing to tackle these challenges risked “serious consequences for the economic outlook… Damages and losses from natural disasters have more than tripled over the past 30 years,” he said. “Years of development efforts are often wiped out in days or even minutes,” and climate change was “a very real and present danger”. Dr Kim said issues around climate change “do not typically come before finance ministers and central bank governors. This, I firmly believe, is a mistake. And to underscore my point, we need to look no farther than what is happening in our host country. “This winter, for instance, Moscow has had record snowfalls. Climate scientists tell us that as the Earth warms up we will have more and more bursts of precipitation and other periods of extreme weather. “Just two-and-a-half years ago, an extreme heat wave in Russia led to 55,000 deaths. So the people of Russia have experienced two once-in-a-lifetime extreme weather events in the last few years, one hot, one cold. We’re not talking about a risk that is 50 years away. We’re talking about risks that are here today. “No country – rich or poor – is immune from the impacts of climate-related disasters. In Thailand, for example, the 2011 floods resulted in losses of approximately $45 billion, or about 13% of GDP… “At the World Bank Group we are stepping up our mitigation, adaptation and disaster risk management work. I would welcome more attention from the G20 on what we need to do to face climate change…”

Dr Kim’s words will be welcomed by many people concerned at the mounting evidence of climate change to which he refers. Last November a Bank report said that the world was “on track to a 4˚C temperature increase by 2100, marked by extreme heat waves and life-threatening sea-level rise”. “A 4˚C warmer world can, and must be, avoided – we need to hold warming below 2˚C,” said Dr Kim at the time. “Lack of action on climate change threatens to make the world our children inherit a completely different world than we are living in today.” But the Bank is criticised for failing to match its words with action. The website of the UK development charity Christian Aid, for example, says: “The World Bank was set up to tackle global poverty. “Yet, in the last five years, its funding for fossil-fuel power stations has risen 40-fold, heightening the threat of climate change that is already derailing development.” A Christian Aid spokeswoman told the Climate News Network: “We’re pleased to hear the Bank acknowledge the risk that global warming poses, but we remain troubled by what it spends on fossil fuel power. We would like it to reflect its concern about climate change in the types of infrastructure it lends to.” The Bank Information Center is an NGO which works in developing countries and those with economies in transition to influence the World Bank and other international financial institutions to promote social and economic justice and ecological sustainability. Last month it expressed its “concern” that the Bank was considering providing US$58 million in support for a new 600- megawatt lignite coal-based power plant in Kosovo and expanding open-cast coal mining there. – Climate News Network