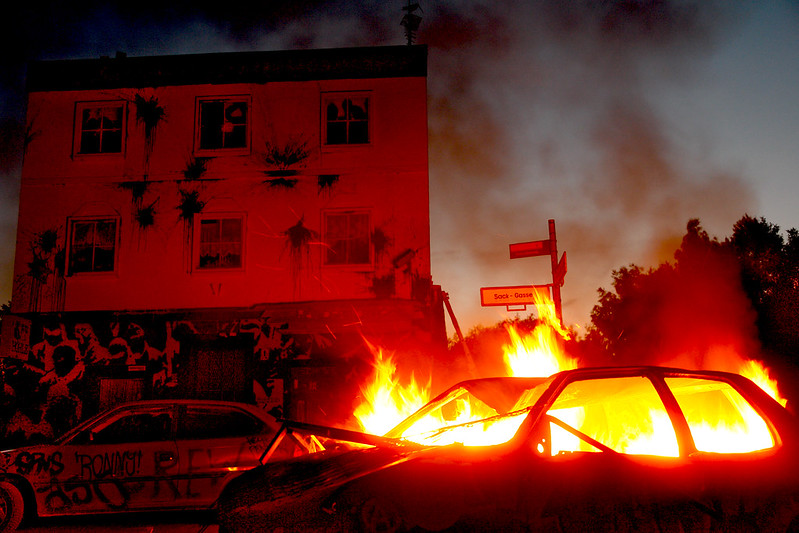 Are manners simply dead rituals? Or are we destroying our society by failing to use them? Luke Davis wants to know.

Moving parts in rubbing contact require lubrication to avoid excessive wear. Honorifics and formal politeness provide lubrication where people rub together. Often the very young, the untraveled, the naïve, the unsophisticated deplore these formalities as “empty” “meaningless,” or “dishonest,” and scorn to use them. No matter how “pure” their motives, they thereby throw sand into machinery that does not work too well at best. – Robert A Heinlein in Time Enough For Love

One of the best explanations for why manners are important I found in a book by Robert A Heinlein – Time Enough For Love (quoted above). It’s a Sci Fi book and not everyone’s cup of tea, but he has a very good point. Manners, politeness, and courtesy exist for a lot of reasons. Trust, respect, dignity, safety, protection, comfort, politics, or sometimes even who-the-hell-knows anymore. As society changes sometimes they make less sense, but at some point there was usually a good reason behind why they existed in the first place.

As a writer at The Good Men Project I get to see a lot of feedback and comments, even discussion amongst fellow authors, about manners in society. Some of it is driven by feminism or civil rights, some by terms like “white knighting” and some by conversations about who pays for the first date.

A recent article by our Business Editor, Dixie Gillaspie, “Have the Good Men Become Invisible?” made me think of another quote by Robert Heinlein. (He had a lot to say on politeness and manners.)

A dying culture invariably exhibits personal rudeness. Bad manners. Lack of consideration for others in minor matters. A loss of politeness, of gentle manners, is more significant than is a riot. – Robert A Heinlein in  Time Enough For Love

Are we living in a sick and dying society? Maybe. But I do believe he is correct in a number of respects, so I sat down and thought about what manners, politeness and courtesy aim to achieve. They are all rituals that some people say are irrelevant and no longer needed, but this is what I came up with:

The destruction of society

This may sound like a headline grabber, but I agree with Robert Heinlein on this. When a society starts to decline you start losing the very things afforded by manners—trust, dignity, respect and safety.

If you think about the things you look for when you move to a new neighborhood they are things like:

I realize there is an entire spectrum of people in any given community. But the more those eight points are applied, the more pride people seem to have in their community. They may secretly hate each other sometimes, but they put on their smiles and make the best out of their community.

When a community lacks basic manners two things happen. Good people start moving out looking for a community that meets their standards, and people prepared to accept lower standards move in. If it continues long enough, a once good neighborhood can deteriorate to the point where it is unsafe to walk the streets at night, crime is rife within the community, domestic violence becomes the norm, and neighbors treat each other with distrust and suspicion.

If enough communities across a society experience this decline, then society sickens and starts to decline with it. You may think manners are not important, and I might agree in very specific circumstances, but that does not mean all manners should be thrown out the window, nor does it mean that other standards of manners shouldn’t take their place. If you want to live in a society where you feel comfortable, safe, and have pride, then the answers start with manners. Something all of us can show.

As to whether our society is sick—are there more communities now with lower standards, and less manners than there used to be?

Sometimes I think so, but I hope I’m wrong.
—

Outstanding! A great treatment of this subject. Thank you.

Just doing a search on Heinlein quotes to back me up on some comment wars in the comments sections of Youtube. In the just under three years since the last comment, the world has shifted. Europe is flooded with Syrian refugees, North America has groups like the Soldiers of Odin cropping up everywhere, the Canadian “TheRebelMedia” right wing media outlet has expanded to the US, Australia, and the UK, the “Alt Right” are public and in a sick alliance with the internet trolls such as the Gamergate misogynists, and the “Men’s Rights Activists” are engaged in what appears with close… Read more »

As much as the ingratitude bugs me, I’ll still try to be polite. As with the two of you, I tend to be selective with giving up a seat or a place in line.

I remember even years before I started looking at gender justice / equality issues I stopped offering my seat to women simply because they were women. I explained to a friend it was after about the 20th time I did and they didn’t respond with a thank you. It’s sometimes an acknowledgement of a courtesy. That’s why I say that the key for getting better behavior from men may not just be complaining about their bad behavior, but acknowledging the good they do.

Thanks John. I think yourself and Dixie have a good point. Everyone likes to feel acknowledged, to not be invisible. You give up your seat because someone needs it more, not because you need the acknowledgement, but if people are indifferent about the offer then there is no feedback except grumpy people being indifferent. After a while why bother, they start treating you as if it’s their right to the seat and no one likes being treated like a doormat. If you are a strong person you will still offer the seat anyway but if not you fairly quickly equate… Read more »

Ah, sorry about that. This is my personal opinion but society has changed, largely for the better. I personally don’t usually give up my seat for a healthy woman (there are exceptions such as an extended trip or someone who looks tired or pregnant). I will give it up for small kids and parents (male or female) or anyone who having to stand is an issue such as the elderly or disabled. I know a lot of people equate manners with gender issues but I find it easier to look into the why the manners came about first. Case in… Read more »

I have seen a pregnant women mercilessy berate a man for not giving up a seat. You really don’t have to be polite to rude people or people who expect you to give something up because it’s their right, which it isn’t. It’s always a tough call because there are unfortunately some who will always use doing the right thing against you.

I guess give people the benefit of the doubt up to the point where they prove themselves a taker.

FacebookTweetPinEmailShares316
wpDiscuz
8
0
Would love your thoughts, please comment.x
()
x
| Reply
Share this ArticleLike this article? Email it to a friend!
Email sent!