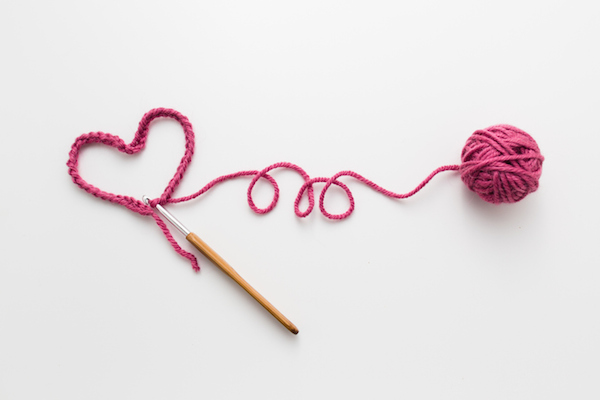 As I am typing these words, it is Thanksgiving morning. I slept fitfully throughout the night, recalling regrets, fears, and actions I am not proud of. These memories were like taunting demons, tongues sticking out, fingers in ears, waggling their butts. I felt as if I was in a confessional; although, not being Catholic, I have only seen the booths from the outside. I called out in my head to the God of my understanding and asked for help to hacksaw off the chain around my ankle that kept me tethered to the past.

What came through with lightning clarity were all of the interwoven threads that exist because of those choices I made decades ago. If not for some that feel desperately flawed, I wouldn’t have had some of the positive experiences and met some of the most important people to have graced my life. In conversation with my 32 year old happily married and about to have a child in January son, I had, as I have numerous times, expressed regret for not leaving my marriage and moving to Florida with him to stay with my parents, at least temporarily. He shook his head and said, “If you did that, I wouldn’t have met Lauren.”

Because of the decision to remain with his father, I saw him through the end of his life while awaiting a liver transplant that never occurred. I learned the meaning of compassion and love, had conversations with him while he was in a coma that I couldn’t have had when he was conscious and on one dark night of the soul, heard the words, “Everyone is on loan to you.” I recognize that truth every day. Because I stayed, I became an organ donor educator, interfaith minister, and bereavement counselor. I took emotional bungie jumping risks because I began to take off the mantle of, as he told me “emotional contortionist who would bend over backward to please people, a deer caught in the headlights when it comes to making decisions and was always looking over my shoulder to see if the propriety police were watching.” To this day, nearly 21 years and a million tears later, I still need to be mindful of those inclinations.

This time of year also marks the death of my beloved mother. Nine years ago (11/26), she took her final breath as well. That year it fell on the day after Thanksgiving. She was in her hospital bed in her Ft. Lauderdale living room, surrounded by her medical caregivers. She had arranged it so that neither my sister nor I were with her. I had seen her less than a month earlier and when I asked to come down for Thanksgiving, she declined. I wanted to respect her wishes and had no loose threads with her. I am now twisting the pinkie ring she had given me before she took her leave. It had belonged to my grandmother who had given it to her. She took it off and handed to me, saying she wanted to see me wear it. It has three stones that remind me of the three generations we represent. My grandmother, who died when I was four, was like a third parent. As an ‘adult orphan,’ my father died in 2008 after 52 years of loving marriage, I feel seasoned. Sometimes sadly so, sometimes celebratorily so. I bless them for how they raised me.

Last week, I wrote a review of A Beautiful Day In the Neighborhood and this scene jumped out at me.

“A particularly poignant scene occurs in a Chinese restaurant as the two are sitting in a booth enjoying a vegetarian repaste (Fred was a longtime vegetarian who didn’t believe in eating anything that had a mother). Lloyd was once again tapdancing around his pain regarding his relationship with his father who had attempted, albeit, not gracefully, to heal the rift between them. Fred asked Lloyd to engage in activity with him. For one minute, he was to imagine “all the people who loved us into being.” Even though he made that request quietly, everyone in the restaurant turned in their direction, joining them in the exercise. If you look closely, you will see Joanne Rogers in the scene.”

Who are the people who have loved you into being?

I can easily name thousands, from my family of origin to my family of choice. From the strangers I hug worldwide as the founder of Hugmobsters Armed With Love, to the couples I have married, from those I have connected with via social media, from people with whom I share a brief smile and hello encounter, from kindred spirit, heart friends and lovers. All are treasures.

Last night, someone posted this song on the Facebook page. I had not heard it in years and teared up listening to it again.

“What can you do with your days
But work and hope?
Let your dreams bind your work to your play
What can you do with each moment of your life
But love ’till you’ve loved it away
Love ’till you’ve loved it away.”
Today and every day I want love to be the currency of my life for which I will gladly trade those painful memories, alchemically turning them into gold.

Facebook13Tweet1Pin1Email1Shares16
wpDiscuz
0
0
Would love your thoughts, please comment.x
()
x
| Reply
Share this ArticleLike this article? Email it to a friend!
Email sent!