Get Daily Email
Join/Login CLOSE
Home / Ethics & Values / Are Rude And Crude The New Norm, Or Will America Bring Back Civility? 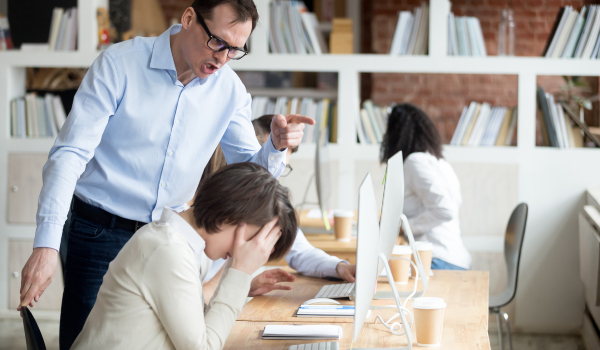 Joan Rivers made that catchphrase popular decades ago, but in 2019 the answer to the late comedian’s heartfelt query appears to be a resounding no. Whether it’s tweets on social media, pundits on TV, politicians in Washington, or parents at a youth soccer match, much of the communication we engage in today is ill-mannered, inconsiderate, vicious and sometimes downright cruel or violent.

In short, civility is taking a beating.

“Incivility occurs because we lose sight of what it means to be an ethical person,” says Dr. Steven Mintz (www.stevenmintzethics.com), author of Beyond Happiness and Meaning: Transforming Your Life Through Ethical Behavior.

“Ethical people do not berate others. They certainly don’t promote violent behavior. Being willing to accept the ideas of others who may not agree with you is a sign of civil behavior. It values those with opposing views as members of humanity.”

Ellen DeGeneres made that point recently when she became the target of online outrage after she was seen enjoying a Dallas Cowboys football game with former President George W. Bush. Those taking umbrage with DeGeneres didn’t understand why she would hang out with someone whose beliefs and ideals are diametrically opposed to hers.

An annual poll by Weber Shandwick, a public relations firm, found that 93 percent of Americans believe there is a civility problem in the country, and Mintz says that, whether people realize it or not, we all pay a price.

“Incivility can negatively affect happiness and impact wellness,” he says. “It can harm mental and physical health, affect productivity in the workplace, inhibit civil engagement, and, taken to an extreme, cause violence in our streets, schools, and places of business.”

Who’s at fault for the decline of courteous communication? The Weber Shandwick poll found that 57 percent of Americans lay the primary blame on social media and the internet. Other culprits they point to include behavior in the White House (50 percent), politicians in general (47 percent), news media (40 percent), political and social commentators (38 percent) and Hollywood celebrities (30 percent).

Mintz says all is not lost, though. He offers these tips for how everyone can do their part to stem the rising tide of incivility.

“Finally, ask yourself how you would feel if the comments you are about to make or treatment of others went viral on social media,” Mintz says. “Would you be proud of it?”

Mintz is convinced the nation could use a good public debate on civility.

“Unfortunately, our leaders don’t seem to think it’s important enough to do,” he says. “The Democratic presidential debates haven’t touched on these issues, but what better way to address gun violence, workplace harassment and bullying than openly discuss how a lack of civility is tearing apart the basic fabric of society.”

Facebook64TweetPinEmailShares64
wpDiscuz
Share this ArticleLike this article? Email it to a friend!
Email sent!