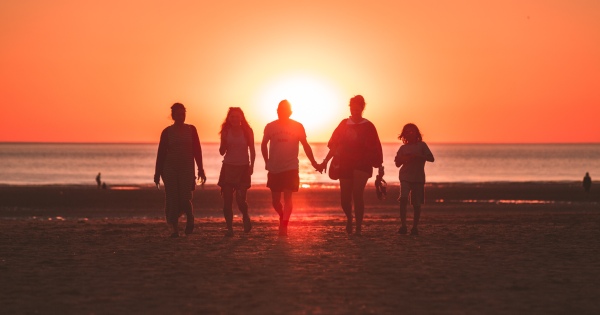 h. Disseminate information on the assistance available to women and families who are victims of violence;

j. Raise awareness of the responsibility of the media in promoting non-stereotyped images of women and men, as well as in eliminating patterns of media presentation that generate violence, and encourage those responsible for media content to establish professional guidelines and codes of conduct; also raise awareness of the important role of the media in informing and educating people about the causes and effects of violence against women and in stimulating public debate on the topic.

The rights to be free, in life, from violence is simply a right to one’s own health and happiness. In the cases in which these rights are violated for women, in particular, we simply label this violence against women, which remain non-trivial and something most women will not experience but, unfortunately, a large minority of women will, in fact, have to fear in their lives.

As the World Health Organization and the United Nations tells us, the general image is about 1/3 of women will go through some sexual or physical violence in their lifetimes. It may not be the most precise data, but, certainly, it provides a basis for concern about the ways in which women lead, not necessarily scary but, more cautious lives than men.

It is simply the nature of the world. If women can have proper understanding and be informed about – not the violence inflicted themselves or other women, which they generally already known – the services available for them.

Then women can be able to feel more supported by the systems around them that, traditionally speaking, have only informed the men and enfranchised the men. Bearing in mind, of course, as noted by Rebecca Traister in some contexts, the enfranchisement is simply being extended to women now, which is the reason for this seen as revolutionary; that is to say, but in this specific context, women are, now, becoming enfranchised through protections to their livelihoods to fully participate safely and healthily within society compared to before.

To be perfectly clear, this is not about dismissing men’s suffering of violence from men or from women, or to downplay women’s violence against women, but it, certainly, is about the ways in which the international community is united in efforts to support women in disproportionate negative effects and levels of violence against women more often inflicted by men, often physical and sexual and amongst the most brutal and degrading forms of violence.

Other things that are recommended here are the provision and funding of counseling, and to encourage men to get it, in addition to the rehabilitation programs for the perpetrators, in a compassionate manner even, of the violence against women. That is, against the stereotypes of the progressive movements and international rights movements, not anti-male, but among the higher forms of compassion amongst those males or men who are bound by vices or showing toxic forms of masculinity – as opposed to the healthier forms of traditional masculinity.

No one, or so few as to matter little, is arguing against the behavioral output of bad masculine traits seen throughout history; traditionalists and progressives should be coming together rather than permit true extremists and ideologues fill the void to encourage divisiveness rather than unity and cooperative solidarity and efforts. It can be done. It has been done before, and can be done now.

The counseling and rehabilitation is important in this effort not to tame men or masculinity, or derogate traditional virtues of men and masculinity; it is to protect the futures that those men have left and, more importantly, the potential future violence to be inflicted on women, where this shows a compassionate and emotionally responsive culture rather than a barbaric one.

The media is, of course, an important agent in the collective efforts for education and, in part, better-informed behaviors. Our minor daily dramas play out on the television screens and in the movie theatres. Those media portrayals that may increase the possibility of violence should be worked against in an affirmative matter. In addition, those can easily be done by using our dollars wisely and also encouraging the better angels of the artists’ natures.

Not the FCC, but codes of conduct and guidelines may help in these efforts at improving the general tenor of attitudes and personae portrayed within even the most protracted and emotionally cardboardy dramas; as with, for an example, the powerful image of the son without an involved father on The Fresh Prince of Bel-Air with a young Will Smith. These can impact portions of the consciousness of a generation, perhaps more if powerful and universally conveyed enough.

Photo by Kevin Delvecchio on Unsplash

Facebook2Tweet1Pin4EmailShares7
wpDiscuz
Share this ArticleLike this article? Email it to a friend!
Email sent!