There have been 45 bomb threats received at the University of Pittsburgh since mid-February.  Why should people outside of the campus community care?

Maybe it began as a lark–an empty threat scrawled on the side of a bathroom stall of the women’s restroom in the University of Pittsburgh’s Chevron Science Center.  But this is the post-9/11 world, and all threats, empty or no, must be taken seriously.  The building was evacuated.

One month passed before another bomb threat appeared in the men’s room of the Cathedral of Learning.  Five days later, the Cathedral was threatened again.  Then came another threat, three days after that.  Two simultaneous threats on March 28th.  One on March 30th.  Two on April 2nd.  Five on April 5th.  And now there have been nearly too many to keep count, although of course everyone is.

We’re up to 45 as of April 8th, a number that’s likely to increase in advance of Pitt’s graduation on April 29th.  I’m keenly interested in that date, since it’ll mark the conclusion of a 13-year journey that has seen me acquire an MA, a JD, and now the PhD.  It’s a big deal for my family, and I don’t want to have it interrupted.

Yet any selfish worries about graduation pale in comparison with my broader concerns over this spate of threats.  Certainly the Pitt students who have seen their courses interrupted have just cause for indignation.  Already facing the prospect of a tuition increase, each cancelled class represents a waste of their valuable time and their unsubsidized student loans.

It’s even bigger than that, though.  See, of all the possible ways that the world could end, this is one of them.  It’s surely among the most effective:  by taking the level of extreme comfort that we soft, insulated denizens of the First World have come to expect–this assumed “freedom from fear“–and subverting it, our weakness is completely exposed.  Read the comments at the Stop the Pitt Bomb Threats blog or the official University of Pittsburgh Facebook page.  Parents and students are panicked, frustrated, furious.  Why, given our considerable technological expertise and forensic acumen, can’t the silent menace be stopped?

One commenter described this as “some Joker shit.”  It is, but this person happens to be doing the late Heath Ledger’s version of the Joker one better.  That character, although resistant to pain or punishment, was located and stopped.  Moreover, he was doing things to actualize his nihilistic vision.  The person behind the bomb threats, however, cannot be located and is doing nothing–yet achieving a precisely similar objective.

Taken to extremes, one can envision the following absurd outcome for the Pitt community: each day, the bomb threats (generalized to include every building, for the sake of convenience) would be e-mailed from untraceable accounts by the perpetrator or team of perpetrators, and each day the buildings, even if locked down overnight, would be evacuated and searched.  Then the facilities would reopen, get threatened, close again, etc.  Hundreds of bomb-sniffing dogs, cats, meerkats, and apes would roam the campus.  Life, such as it is, would go on.  But eventually no student in his or her right mind would choose to attend this benighted place, and its oft-threatened facilities would be shuttered for good.

On Sunday evening, the university administration issued some guidelines that were intended to address this problem.  Students, already weighted down by their crushing debt burdens, would now have to carry their books in their hands, not their book bags.  Only students would be admitted to campus buildings.  And in spite of these new measures, the evacuations would continue if threats were received, although it was claimed that it will now take less time to sweep and thereafter reopen the buildings.

Maybe that alteration of security protocol will mark the end of an unpleasant era.  But perhaps another way to have ended it–a way that, as noted before, is no longer available to us after 9/11–would have been to do nothing after the first few bomb threats were received.  On page 33 of a 2005 Department of Justice manual on dealing with bomb threats, one finds the following remark: “There is some anecdotal evidence that conducting evacuations for every bomb threat rewards the caller by doing exactly what he wants, and so may increase the incidence of such threats.”

Now there is much more anecdotal evidence, 45 instances’ worth, to substantiate that claim.  There would have been something satisfying about stating matter-of-factly after the fifth or sixth threat that no evacuations would be conducted, that nothing would be done.  We’d show that we had backbone–more backbone, at least, than an anonymous coward who refused to effectuate his worthless threats.  But we cannot do this, because we are too weak and too comfortable and too worried about harm befalling us and our loved ones. And I suppose that I’m okay with that, since I’m weak as well.

Read also: The Pitt Bomb Threats: How Should a Good Man Respond to Terrorism?

From 2012 to 2014, Oliver Bateman was a contributing editor to The Good Men Project. His work has appeared in Salon, Vox, VICE, Al Jazeera, Pacific Standard, and elsewhere. You can find him on Twitter @MoustacheClubUS.

Great piece Oliver on the most modern of dilemmas. Thanks.

As if colleges and universities needed it, this is one more incentive to outsource education to online classrooms. This makes distance learning even more attractive to higher education institutions, though people forget that all those servers and data banks still exist in physical space and can be terrorized as well. I suspect that the person(s) making these threats will quite soon either graduate, drop out of school, or will be fired for some unrelated reason, if he/they haven’t already. At some point, bomb threats will cease to scare people if they become too commonplace. I’m frankly surprised that even the… Read more »

That’s a very good point. Especially since they’re being threatened with a tuition increase, the students paying to attend Pitt might be interested in (and deserving of) a refund of some sort. Whether they seek it out, of course, is up to them…but as you say, it’s something that student government should be dealing with. 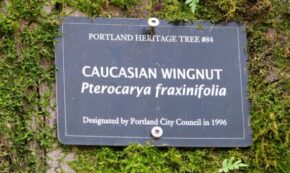 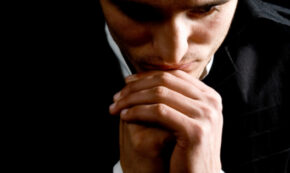 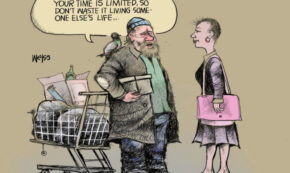 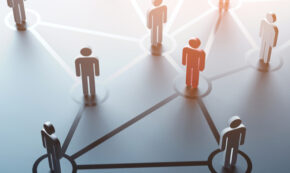 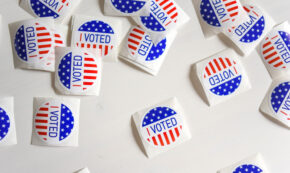 FacebookTweetPinEmailShares171
wpDiscuz
9
0
Would love your thoughts, please comment.x
()
x
| Reply
Share this ArticleLike this article? Email it to a friend!
Email sent!