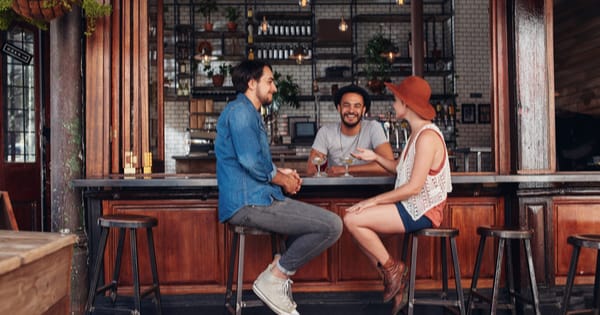 There’s been increasing talk of compassionate engagement with both sides of the white supremacy struggle. It is a calling for a more Buddhist, nonviolent, noble, and in many ways unbiased approach of seeking to understand what’s behind all the anger on the other side. Jesus turning the other cheek, or at least lending an ear. Buddha recognizing suffering in the rageful.

I want to offer a Wikipedia-inspired context for that framework, which I’ll call the neutrality vs. due-weight distinction. What do I mean?

Well, for the spiritually ambitious it is compelling to find those with the most seething anger and hear them out, to see pain and ignorance and insecurity underlying violence and aggression, to probe both sides. This is gospel neutrality, the “toughest test”: can you keep your mind and heart open when faced with vitriol you disagree with. Can you love the sinner?

Let me offer the other end of the spectrum which is based in pragmatism, one that giving due-weight can share some light on.

We are humans, not demigods or apostles. We have limited time and energy. Listening, empathy, and compassion take enormous amounts of emotional labor. If we had an infinite amount of it, we would give everyone the ears, hearts, and help they need. We don’t have infinite emotional energy, so we have to make some choices. Where do we spend our time? Whom do we defend, support, and seek to understand first?

The due-weight approach suggests that one invest the most emotional labor into the experiences of those being oppressed, and only subsequent more marginal amount of that energy into those doing the oppressing. It’s not that there’s anything wrong with sitting down with the twisted thoughts and feelings of a Nazi. It’s just that we should prioritize reaching out to, making space for, and reassuring those who are targets of dominance and hatred.

Here’s an analogy. In the neutrality world, there is a loud *debate* on the street and both sides need to get time to speak, rebut each other — time to loosen their views and broaden their perspectives. It makes sense to hear out the anger because there is indeed depth beneath it.

In the due-weight world, there is a *beating* happening on the street, and the powerful actor is harming their target. In that situation, do you first seek to understand what trauma motivated the attacker, or do you inject yourself between the blows, bring the victim to a refuge, listen to their life story of vulnerability and powerlessness, and advocate for them to have voice and safety?

Only once the oppression is called out and halted, and the marginalized are given support — allyship — can an equal debate and meeting of minds happen. There is no harm in sitting down with Nazis. But it’s bonus, to be taken on after the work of reassuring those that are and have been for years systematically wounded, excluded, kept silent, trodden over.

The neutrality alignment encourages listening to the most angry. The due-weight spectrum calls for a more intentional reconciliation and trust-building with the most harmed.

This is where being an ally is about applying a skill to actively compensate for biases that have been there since before we were even conscious of them, or conscious at all. Ally is a verb — an action to be taken in the moments where we can make a difference. It goes beyond seeking neutrality to throwing due-weight behind the people who need it most.

Being a spiritual philosopher, a Buddhist-Christian empathizer and sinner-lover is big hope stuff, when you have the time for it. But we have to stop the fight and get everyone back on their feet before we ask to sit down with the attacker and probe their childhood experiences and miseducation. Especially, if we are members of the group doing the attacking.

Let me share an anecdote of where and how I disagree with the neutrality alignment, especially if you carry a lot of privilege as a white person. There was a pseudo-scandal a few years back about a video clip of a republican politician quoting scripture at church and picking the verse, “The woman should submit to her husband.”

It was a pseudo-scandal because the backlash was based on misrepresentation. In the full video, what the republican actually said was, “When you have to choose a verse of scripture to live by, I should not choose, ‘The woman should submit to her husband’. Instead, I should choose, ‘A woman needs to be empowered to reach her full potential.’”

His point was that while scripture supported both positions, it was incumbent upon him to choose the verse that put him in service to her. When there are concerned calls that white folks aren’t listening much to other really angry white people, I think, well that’s true, but it isn’t really the point for other white people to be making.

For those saying it’s incumbent upon white people to take on the role of calling out other white aggressors — as an ally move — that makes a lot of sense. But the framing of “listen to the angry white man” rather than “condemn the hatred and comfort those oppressed by it” seems like missing the moment to put the onus on us, for privileged white folks, to clearly denounce “the sin” itself, and bolster those in the bullseye of that hatred.

I don’t hate the people who are Nazis, but I also don’t waste much time trying to understand them, when there is great empowerment to be had in calling them out, and so many opportunities for potentially helping those who are hurt and harassed by hateful perspectives.

Strategically the neutrality and due-weight approaches differ strongly, though both are in some way useful. I’m still pretty solid in my thinking that of the two paths white people should be taking, focusing on marginalized people is where we’re “called to serve”.

The task of listening to white anger is not my first priority, even if it is a priority, it’s for someone else, or for me, but later. That’s what I’m thinking.

All humans are worthy of love, but who gets our energy first?

Jake Orlowitz is a citizen of the internet, a seeker of well people and sane societies, a mental health survivor, and an ally in practice. He founded The Wikipedia Library in 2012 and works with online communities around the world to improve their culture, diversity, and equity.