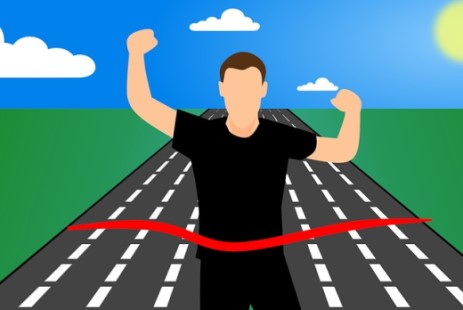 As I sit to write this on Football Sunday, the connection is obvious. Football is about competition. Sports of any kind are ultimately about competition, but football fans actually take part indirectly by competing virtually through Fantasy Football or gambling.

Of course, women also play sports, gamble, and, in a few cases, participate in Fantasy Football; however, it is difficult to identify a more traditionally masculine characteristic than competitiveness. This win-at-all-costs mentality permeates not only sports but also dating, education, employment, financial investment, and politics.

Growing up I did not consider myself so competitive because I was not particularly excited about sports (at least, not organized sports). I wasn’t interested in putting the time and work into staying physically fit, and I feared getting injured. I also had poor eyesight, which made me the strikeout king in little league baseball.

Academics were a different matter. I quickly found out that I was far more competitive in intellectual pursuits than physical ones, earning effusive praise from teachers and family members and often receiving multiple A’s (if not all A’s) on report cards. I often tell people that, while I didn’t learn how to ride a bike until I was 19 and could not effortlessly tie my shoelaces until I was 7, I could read at 5.

It was fun being smart until high school came around, and then my status became all about grades and what level math class you were taking. Math was never my subject, so I got ridiculed by my fellow male overachievers for taking Algebra I while they were taking Algebra II. I also got told by some insecure adolescents that they were naturally smarter than I was and that I was only in their classes because I studied harder — even though the reverse was likely true.

Unlike the families of many of my classmates, I did not receive much pressure or direct academic support at home. My motivation to do well in school was mostly intrinsic until the ridicule started. Even though I despised that toxic culture of competition, I was taken in by it.

I remember having bad days when getting B’s and minor breakdowns when getting C’s. What’s worse is I remember refusing help when I needed it — both academically and emotionally — because I did not want to show weakness.

I rebelled against this culture by hanging out with less-popular-but-still-intelligent kids who didn’t care as much about grades (or even whether they wore a clean shirt to school). But then I found myself (mentally) competing with them. I’d furtively glance over their shoulder when the teacher handed back papers in order to compare their scores to mine. At times I might concede they were better at math or science, but then I would reassure myself that I was better at English or better looking to make up for it.

This same culture led to more risky activities, such as poker games and drinking among my male peers. The same culture also led to reckless driving (obviously linked to drinking) that resulted in the death of at least one of my high school friends. It is fortunate that I did not go down this road.

To be clear, I am not suggesting that any form of competition is bad or immoral. When I worked in conflict resolution, I taught clients that competition was one of five separate but equal approaches to conflict management. In short, there are situations (like in sports) where it’s best to compete, but there are other situations where it would be more effective to compromise, collaborate, accommodate, or even avoid.

Men far too often associate winning with power or strength and losing with weakness. But in most areas of life, such as academics, competition only makes life harder and meaner than it has to be.

Free for commercial use
No attribution required

Facebook7Tweet2PinEmailShares9
wpDiscuz
Share this ArticleLike this article? Email it to a friend!
Email sent!