Get Daily Email
Join/Login CLOSE
Home / Ethics & Values / No, Your Racism Is Not Welcome at My Table 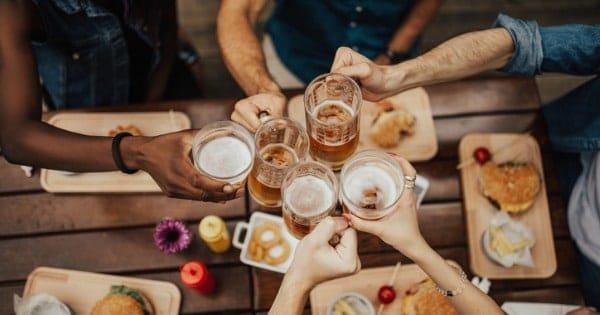 Back in 2016 I wrote a book called A Bigger Table.

It was the continuation of my then twenty year journey as a local church pastor, trying to craft spiritual communities where all people are truly welcome—especially those most often excluded based on gender identity, sexual orientation, race, religious tradition, nation of origin, or a less rigid theology.

I still believe fully in that bigger table.

Given the clarity with which I’ve declared my contempt for our current President and my exasperation with those still supporting him, I often get fairly loaded but still reasonable question:

“Is your ‘bigger table’ open to Trump supporters?”

I’m not sure how to answer that question anymore—not after what I’ve seen in recent weeks from strangers, from neighbors, from friends and family members still aligned with him:

The absolute callousness toward migrant families,
the rally jokes about shooting immigrants,
the excusing away of racist twitter rants,
the open hostility to Muslim and women Democratic leaders,
the shrugged shoulders to more mass shootings,
the cruelty toward those who are already starved for compassion.

These things don’t just point to a difference of opinion, they highlight a culture of open and normalized violence that is endangering people every single day—one I truly believe that they with their allegiance to this President are actively cultivating.

This isn’t about a political divide or a theological impasse or about differing opinions—it is a fundamental disconnect in the way we value and protect humanity.

It’s becoming increasingly apparent that this Presidency is being defined solely by exclusion: by fear of the other, by the hoarding of advantage, by the marginalizing of the outsider, by the leveraging of phobias. Donald Trump isn’t just seeking to make the table smaller—he’s trying to legislate out all but the wealthiest and whitest. He’s attempting to buy the table and deny access to the lion’s share of those seeking to be present.

And worse, through more and more incendiary language and increasingly divisive tactics, he is manufacturing violence toward vulnerable people at the table. Hate crimes have risen substantially since Trump arrived in office, and it it simply can’t be disputed that we have never had a sitting President speak with such open derision and recklessness toward political opponents, media members, transgender people, black athletes, immigrants. His Twitter feed is unedited, inarguable testimony to this.

When you can’t discuss an issue without creating some threatening enemy to be defeated (migrants, Democrats, Muslims, pro-choice activists, gun control proponents) you are manufacturing civil war and giving people license to be brutal in defense of their side.

This week at a Montana county fair, a 13-year old boy was picked up by a grown man and thrown to the ground for not standing for the National Anthem. The tether running directly from this kind of brutal assault and to the President is unmistakable, as is the anti-immigrant diatribe left by the El Paso shooter.

There is no sitting at the table with such violations of humanity or with those who applaud, excuse, or even simply abide them.

And this is the crux of the matter: to still align yourself with this President is to loudly champion the smaller table and to clearly declare a vast portion of the world not only unequivocally uninvited—but imminently threatened. It is to ratify his contempt for humanity by proxy, and I really don’t see a way around that.

It’s virtually impossible to simultaneously claim alignment with this President—and with a table where equality, diversity, and empathy all get seats. This isn’t virtue signaling or identity politics—it’s unapologetically demanding a decency that has been absent and condemning a violence which is ever-present

So I am now being careful with those I share proximity with, and much less willing to tolerate open aggression or unrepentant cruelty—and that may mean distancing myself from strangers and even people I love, if they insist on dehumanizing people or clinging to alternative FoxNews facts to justify such behavior. I may be blocking people on social media or avoiding their presence at holiday gatherings, not because I am reluctant to open the bigger table, but because they are a barrier to it. I’ll be pouring my time and my energy into the disparate people genuinely trying to build relationships and seek compromise and welcome everyone.

Yes, the invitation to the bigger table is open to the world and that absolutely includes people across the political aisle—but active violence, discrimination, and bigotry will have to wait in the car because they are not welcome here.

That isn’t a contradiction to my values, it is a declaration of them.

Facebook657Tweet4Pin2EmailShares663
wpDiscuz
Share this ArticleLike this article? Email it to a friend!
Email sent!