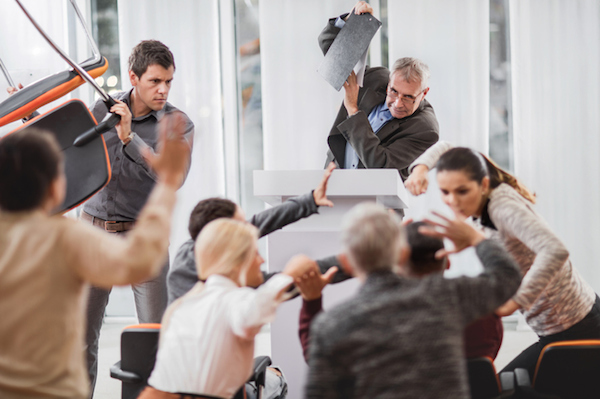 Last night, my wife, Carlin, and I saw the movie Jo Jo Rabbit. It was moving and quirky and reminds me both of the horrors of the totalitarian/Dominator way in the world and our hope for a better future. I’ve recently written two articles on how we can create “the more beautiful world our hearts know is possible,” as my colleague Charles Eisenstein so beautifully puts it. The first was “The Ship of Civilization is Sinking: Do Not Lose Hope. Find Your Tribe.” The second was “Back to the Future: Reclaiming Our Partnership Culture.”

Today, I want to delve more deeply into the origin of human violence. Many people believe that humans are inherently violent and wars are inevitable. They believe that violence is built into our genes and there is little hope of changing who we are. Another view is that wars and violence are part of modern Civilization and emerged with the beginnings of agriculture in various parts of the world about 10,000 years ago. Either view is rather pessimistic about creating a more humane and peaceful world.

I’d like to suggest a third view–Widespread human violence was the result of trauma and began 6,000 years ago in a specific location and has spread throughout the world. This view also offers a specific plan on how we can heal the wounds that lead to violence.

I first heard about this from Dr. James DeMeo at a conference I attended in 1998. He had just completed his extensive research and published his surprising findings in his monumental book, Saharsia: The 4000 BCE Origins of Child Abuse, Sex-Repression, Warfare and Social Violence in the Deserts of the Old World. The book presents the first cross-cultural, anthropological, archaeological and historical survey of human family and social institutions, tracing human violence back in time to specific times and places of first-origin. His research is consistent with my own and I suggest you check out his work. I’ll summarize his findings here:

How to End Violence in the World

If you appreciate reading articles like this, there are a few things you can do. If you feel so moved, leave a comment or a “like.” Feedback is my payback for taking time to research and write articles I feel will be helpful to you and others. You can also check out my blog and if you don’t already, subscribe to my regular articles if you want to read more articles that help us survive and thrive during these transition times.

Facebook101Tweet1PinEmail1Shares103
wpDiscuz
Share this ArticleLike this article? Email it to a friend!
Email sent!