Get Daily Email
Join/Login CLOSE
Home / Ethics & Values / The Pitt Bomb Threats: How Should a Good Man Respond to Terrorism?

The University of Pittsburgh has received nearly 60 bomb threats.  Copycat threats have been made elsewhere in Pittsburgh. What should be done about this?

This spring, the University of Pittsburgh has received fifty-seven bomb threats. The targets have varied greatly both in respect to their occupancy and their function. Most recently, Panther Central (a small food court area), Heinz Chapel (some kind of secular repository for stained glass), and the University Club (which houses a spa and an upscale restaurant) have been threatened, evacuated, and searched for the bombs that everyone is reasonably sure don’t exist. Pitt’s endowment is in the billions of dollars and its community is in the tens of thousands, yet it has been rendered impotent by threatening notes scrawled on bathroom stalls and untraceable emails warning of imminent disaster.

As has been pointed out elsewhere on the GMP, Pitt’s coping strategy is a clear application of the national disposition to fear: every threat no matter how small must be heeded lest we repeat the national tragedy of 9/11. This strategy is proving to be untenable on various fronts and I think that its shortcomings provide an interesting lens through which the point of this site might be explored. What does it mean to be a good man (for that matter, a good person)? What does a person do in these situations such that their response can be said to reflect goodness?

I’m not going to argue that there’s no place for taking threats seriously: that would be foolish. Instead, I want to suggest that we’ve all (myself included) forgotten an important strategy for coping with adversity which ought to be represented in our thinking about how to deal with terror.

Man who lives in a world of hazards is compelled to seek for security. He has sought to attain it in two ways. One of them began with an attempt to propitiate the powers which environ him and determine his destiny… The other course is to invent arts and by their means turn the powers of nature to account.

Outside of most Apple stores, in the nights immediately following Steve Jobs’ untimely passing, candlelit vigils were set up to celebrate the man whose imagination ushered in a new age of human-computer interface. There’s an anecdote about Jobs—one widely used to celebrate his Grand Vision—but which, I think, says more about the society in which such accomplishments are taken to be Grand or Visionary. The story (which may or may not have actually happened but whose verity is, anyways, beside the point) goes something like this: Jobs asked a designer to create a laptop case which had no external screws. A week later, the designer returned with a prototype that had only one external screw which was hidden away under a handle. The designer was fired. Such was Jobs’ pursuit of perfection. The perfection Jobs sought and for which he was praised is a perfection of design (read: psychology). Users just plain feel more comfortable with an iDevice than with something else. Apple’s success lies in taking seriously the notion that the ideal tool is that tool which hides any signs that it wasn’t crafted by Vulcan himself rather than through the hardships of human labor.

Swiping your hand across the sleek surface of an iDevice, it’s difficult to imagine that there was a time in which even survival was not a simple affair—a time in which tools were crafted out of flint or in which plants were harvested without the assistance of great fossil-consuming machines. The world doesn’t come ready-made with objects that transmit information across the globe in milliseconds and spit out images from beautiful crystalline displays. Humans made the world that way—and it is, by and large, a better world for it. We have made the world into one that is far more hospitable to our desires and, in doing so, have forgotten that not every desire is desirable.

Now, of course we all know that there was such a time (in the sense that I ‘know’ precisely how much pressure to apply with my #2 pencil at precisely which point on the piece of paper such that approval is received by those ‘in the know’), but most of us have, to some degree or other, lost sight of the degree to which practical engagements are fraught with uncertainty and danger. The quest for certainty has become the dogma of certainty: it is no longer the case that we must satisfy our justifiable fears alone. Everything that we want we must have and we all want to be safe; safe from those things we can predict and from those we cannot.

The case of Apple is only interesting because it illustrates the more general phenomenon of our reliance on technical coping strategies and their fundamental opposition to reflective strategies which take as the object of manipulation the self, its drives, and its expectations rather than the practical gulf between the self and what it hungers for. All this by way of saying that a sensible strategy for dealing with this kind of threat must be one that does what it can to prevent injury without radically undermining whatever there is that is worth protecting. What right does our culture and our society have to its continued existence if cloaked emails are all that it takes to bring it to its knees? Al Qaeda might as well throw down their guns, stop looking for engineers, and adopt a policy of spamming emails.

Consider the fact that most bombings are not called in prior to their taking place. Shouldn’t one conclude that, in reality, it is the unthreatened buildings which ought to be evacuated? Isn’t the biggest threat of all that no threat has been called in? As the great epistemologist Donald Rumsfeld argued, our security strategy must be one of battling the vast realm of unknown unknowns (those things which we don’t even know that we don’t know).

The policy of evacuating and searching all buildings that are threatened so as to assuage our feelings of vulnerability only makes sense in a world in which the rational response to a tragedy like 9/11 in which fewer than 4,000 people lost their lives is to spend more than a trillion dollars and more than 4,000 soldiers’ lives (not to even mention the hundreds of thousands of innocent civilians whose lives have been lost as a result of the inevitable hardships of war). Sometimes, we must sacrifice our sense of security on the altar of a greater good. Any unwillingness to do so makes the job of the terrorist far easier: the terrorist does not care about taking your life—your life is only a means to their ends. If the terrorist’s goal of eternal frustration and gridlock of his opponents is as simple as reminding them of their mortality and vulnerability inside their technological wombs, terrorist victory is a foregone conclusion. Because danger is not going anywhere, what justification can there be in putting our lives on hold until the day when it does?

Being a good man may sometimes require the sharpening of technological capacities, but the goodness of a man is primarily a function of the degree to which he has determined which goals are worth pursuing rather than how best to pursue whatever goal he currently has.

Read also: Fear and Trembling at the University of Pittsburgh

Nathan Zimmerman is a graduate of the University of Pittsburgh, where he studied philosophy and the history and philosophy of science. He lives in Philadelphia, where he works in medical consulting.

Very interesting points. Hysteria is not going to solve anything, and is not getting anyone safer. “the rational response to a tragedy like 9/11 in which fewer than 4,000 people lost their lives is to spend more than a trillion dollars and more than 4,000 soldiers’ lives (not to even mention the hundreds of thousands of innocent civilians whose lives have been lost as a result of the inevitable hardships of war).” Without solving anything, I would add. Even worse, those people are even more pissed off at USA than they were before so, if anything, USA’s “war on terror”… Read more »

Thanks for the insight, Nathan. I too was a philosophy major (who then went through an intel program) and I’m trying to get a handle on these same problems. You back up your propositions with facts and statistics, but sometimes neither of these can factor into decision making. Statistically speaking, bomb detonations inside the U.S. are incredibly rare. Statistically speaking, planned shooting sprees are incredibly rare. But good luck telling a grieving family, “sorry your child was killed during class, we weighed the costs vs. benefits and thought it would make the most sense (statistically) not to evacuate buildings.” Sometimes… Read more »

Thanks for pointing that out, Charlie–I associated panther central with its downstairs which has a food court and MARKET central (woops) and I had only an inkling of what the University Club was all about (as a student, I never got to use the facilities).
My intention was to give a sense of the types of locations being targeted. I should have caught those errors.

Panther Central is more of the front desk. It handles housing and things like that. There is no food there. And the University Club is not an upscale restaurant or a spa. It is a banquet hall, housing for UPMC patient famlies, and faculty gym and a small somewhat “spaish” facility. 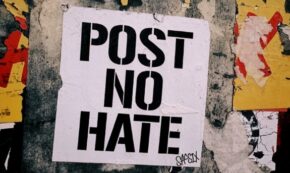 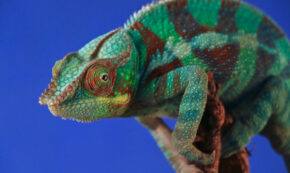 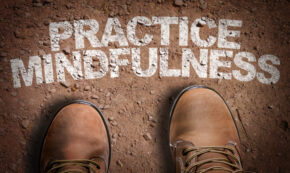 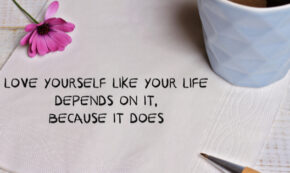 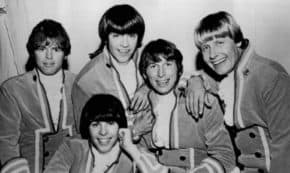 FacebookTweetPinEmailShares46
wpDiscuz
8
0
Would love your thoughts, please comment.x
()
x
| Reply
Share this ArticleLike this article? Email it to a friend!
Email sent!