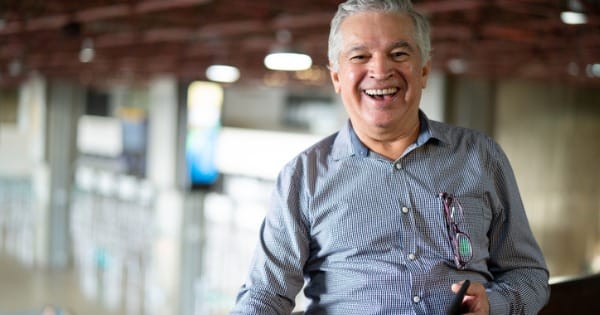 If you call your local cable provider to order service, at some point in the conversation the customer service representative will invariably make you an offer. He or she will tell you that if you’d like to also add Internet and Phone, that they can package these services and make them much more affordable than if you purchased them separately or elsewhere. This is what is known in the industry as bundling. Everyone knows that life is always more convenient when you bundle.

This week I’ll be turning 50 years old and I’m more than a little embarrassed to say that it took far too many of those years to even begin to understand that as a white, cisgender-heterosexual man born in America who identifies as Christian—that I have the Privilege Bundle. It was pre-paid long before I arrived here. I was grandfathered in (or great, great, great-grandfathered in, to be more accurate). The color of my skin, my gender, my orientation, my profession of faith, and my very physicality—have all buffered me from many varieties of adversity that others experience as daily existence, they’ve formed a barrier against a great deal of the struggles common to many, they’ve opened doors for me they I never realized had been opened, and they’ve afforded me a vast multitude of advantages—some of which I’ll become of aware of and others (despite my best efforts) that I’ll remain oblivious to. I have been the beneficiary of inequity since I was born.

But that wasn’t the story I would have told you through the first few decades of my life. For much of that time I lived with a set of assumptions based largely on the particular arrangement of my privilege bundle—and the religion I was raised in that reinforced it all.

I would have told you that anyone who wanted to work hard had the same opportunities to succeed—even though I often didn’t work very hard and still somehow managed to usually find a good deal of success.

I would have said that everyone had equal access to an education—all while attending a private school many couldn’t afford, with two parents who were present and fully engaged in my life, never wanting for a meal or clothes or transportation or the conditions that allowed me to thrive.

I would have told you that anyone who followed the rules and obeyed the law and respected law enforcement would have nothing to fear during a traffic stop—yet I can distinctly remember being in backseat of our car when my father was pulled over for speeding in a school zone, and before the officer even reached the window, my father yelling “Just give me the f*ckin’ ticket!”—and he just gave my father the f*ckin’ ticket, and off we went.

Even though so much of my experiential evidence testified loudly in opposition to my working assumptions about the world, I had a death grip on those assumptions because I benefitted from them. I held tightly to the story of equality that I needed to be true in order to continue unaffected. I rationalize away evidence of racism or homophobia or misogyny, I made excuses for the injustices around me, and I lived without urgency in the face of incredible brutalities.

This is the seductive power of privilege: The more you benefit from a system, the easier it is to defend that system. The greater advantages the status quo provides you, the more tempted you’ll be to subconsciously resist changes in it. When you’ve always had the best and most comfortable seat at the table, it’s really difficult to imagine that there are people excluded from it. When you are an inequity beneficiary—equity often isn’t a priority.

This is why white Conservative Christians are so happy right now, why they are loudly or secretly applauding what’s happening in America, why they are silent in the presence of so much obvious inequity. It isn’t because of abortion or the economy or nationalism. It’s because their religious worldview is built largely on an inequitable theology; on the fraudulent premise that God is a cisgender-heterosexual white dude, who was born in America, identifies as Christian, and votes Republican.

With this as their default operating system, they are going to intentionally or subconsciously perpetuate injustice against those who don’t fit such descriptions. It’s also why they will vehemently resist changes that bring balance to a nation that has been tipped in their favor for hundreds of years. When the God you see in your head looks, loves, sounds, and worships like you—it’s easy to ignore cruelty directed toward people who don’t look, love, sound, and worship like you.

Until white Christians (specifically white, cisgender-hetero men) fully recognize the realities of the privilege they are born into, and confront the distorted theology of a faith tradition that reinforces them—they are going to continue to be fine with a system that damages vulnerable communities and nurtures inequality. They will abide a growing theocracy that openly discriminates against people of color and LGBTQ human beings and women. They will continue to be happy while the house is burning down.

END_OF_DOCUMENT_TOKEN_TO_BE_REPLACED

Facebook2TweetPin1Email1Shares4
wpDiscuz
Share this ArticleLike this article? Email it to a friend!
Email sent!