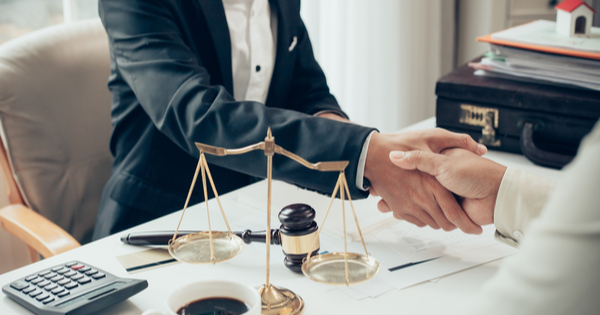 *This article is for informational purposes only and is not intended to be legal advice.

In this hustle-bustle world where everybody cares about themselves and people end up meeting a callous person now and then, it is very difficult to stay safe once you step out of your home. Some careless drivers forget that they have breaks in their vehicle. There are house owners who throw soap water in front of their home after washing the car. And then there are people who throw a banana peel on the road. No matter how much you try to avoid getting into an accident, some days are just bad, and you get caught in an accident.

A personal injury is defined as an injury to the body, not involving any sort of property, occurred due to negligence or the intention of another person. If any part of the stated definition of personal injury is missing, then the lawyer may pass your case.

Sometimes, you end up in an accident due to your own fault, but you overlook your fault and only focus on the fault of the other party. But a lawyer will not do that. He will objectively analyze the whole situation, and if there is any slightest tint of the possibility of your fault, he may wave away the case.

Though people hardly admit their mistakes and it is even harder for them to agree to pay compensation to the injured party. Most of the time, party-at-fault puts its maximum effort to avoid taking the blame by any possible means. But some people avoid to go in a legal battle and agree to offer compensatory amount.

If the party is offering a reasonable compensation, but you feel like getting more, then a Boca Raton personal injury attorney might not take the case. You might be charged after the accident and feel like getting as much as you can from the party-at-fault, but a lawyer sees things realistically. He has handled many such cases and knows the compensatory amount you can possibly get based on your injury and nature of the case.

If the damages are not severe and the accident is not serious, but you still want huge compensation, then the lawyer might not take your case.

It is difficult to handle the situation when you end up in an accident. And if you are injured, then you lose your rationality even if you are conscious. In such a situation, there is a high probability that you end up giving statements that might be used against you in court. For instance, you might initially admit that you were at fault, but later you analyze that it wasn’t your fault. But things might be too late till then.

Failing to follow the doctor’s treatment instructions or not taking medical treatment can also make your case weak.

Switch on your sixth sense along with your five senses when you are on the road. Maybe this way you can stay safe! However, if you have been caught in an accident, then it is better to hold on to your senses to avoid mistakes which can be used against you later if you have to face a legal battle to get compensation.

I began writing as a professional on my personal blog and then discovered my true calling, which is writing about technology, News and gadgets in general. I am a technical writer, author, and blogger since 2010. An industry watcher that stays on top of the latest features, extremely passionate about juicy tech news and everything related to gadgets. For tech tips, my email address is jamsheed1480[at]gmail[dot]com. https://www.facebook.com/chandni888