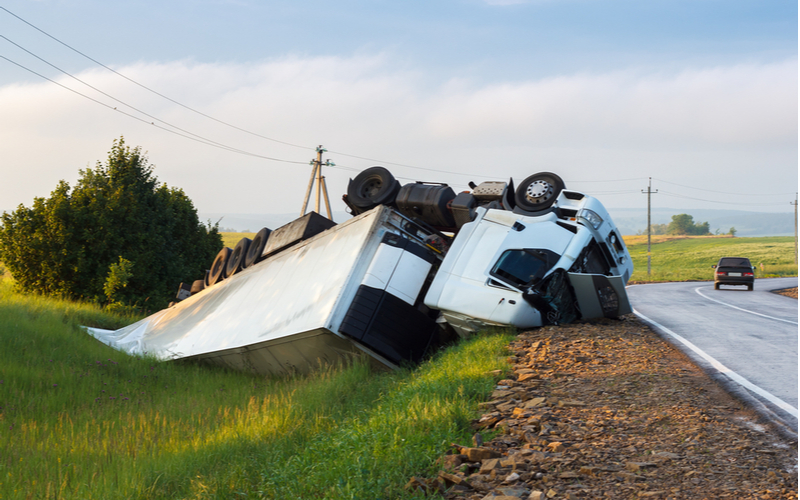 Semi-trailers can be more than 70 feet long and weigh up to 80,000 pounds. They can pulverize a passenger car in an accident and severely injure or kill its occupants. That’s why after an accident, it’s critical for attorneys to obtain as much evidence as they possibly can about what happened, how it happened, and why it happened.

In a truck crash case, one of the most pivotal sources of data is the truck’s black box that records information in connection with the truck both immediately before and during a crash.

“In almost all big truck accident cases, we are able to have the data pulled from the black box and get an expert to interpret it. This is why hiring a lawyer very early on can be critical to winning a case – the insurance carrier and the trucking company have a leg up on securing the evidence needed to prove what occurred in an accident,” says Little Rock big truck accident attorney Phillip Duncan.

What Black Box Information Tells Us

A black box in a truck might be one of two devices. The most common is an electronic control module (ECM). As newer models of trucks come off of the production line, ECMs are being phased out by the electronic data recorder (EDC).

Both devices record and preserve critical information about the operation of a semi-trailer that is on the road, including just before and immediately upon impact with another object. Here is just some of the information that these devices provide:

If the victim of a truck crash is fortunate enough to survive the event, he or she might be left with severe or catastrophic injuries like the following:

Such injuries will result in overwhelming medical bills for the foreseeable future and maybe even through a lifetime along with the inability to work. Victims often have no choice other than to file personal lawsuits against the people or entities that caused their injuries and damages.

They might even intentionally delete it. That’s why it’s critical for victims of semi-truck accidents to immediately retain the services of a respected, experienced and effective truck accident attorney.

That attorney can immediately draft and serve what’s known as a spoliation letter that instructs the trucking company to preserve and not destroy black box information. Your attorney might also retain an expert on your behalf for purposes of being present at the time of downloading black box data. Your attorney can then begin putting the pieces of your case together.

If you were injured as a result of the carelessness and negligence of the driver of a semi-trailer or a trucking company or both, don’t believe anything that it’s insurance company’s adjuster tells you. Don’t give that individual any statement either.

He or she will only try to devalue your case or shift liability over onto you. Nearly all qualified truck accident lawyers offer free consultations and case reviews. Take advantage of the opportunity and then, retain a knowledgeable and skilled truck accident attorney to represent you.