Get Daily Email
Join/Login CLOSE
Home / Everyday Life / In 2020 Why Do Some Men Still Consider Plastic Surgery to Be ‘Unmanly’? 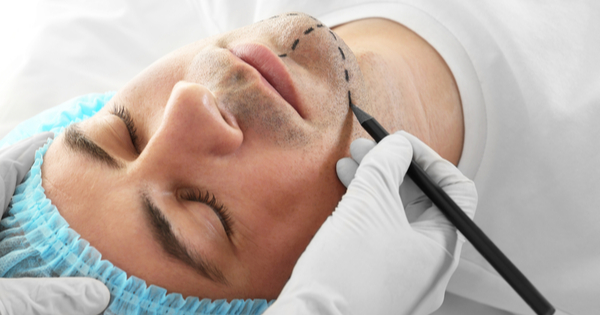 Women are much more likely than men to seek out plastic surgery. As recently as 2016, the American Society of Plastic Surgeons reports that women accounted for 92% of all cosmetic procedures. Men were just 8%.

Still, there is nothing inherently “unmanly” about having plastic surgery. Those men who choose it year after year are doing so for a variety of personal reasons, ranging from facial reconstruction after traumatic accidents to small aesthetic tweaks.

Throughout your life, your balance of estrogen and testosterone changes. Gynecomastia, or “man boobs,” form when there is a smaller proportion of testosterone relative to estrogen.

The condition is experienced by about half of teenage boys and up to two-thirds of men older than fifty. Often, gynecomastia goes away on its own, particularly for teenagers.

However, many men elect to get gynecomastia surgery. In this procedure, fatty tissue from the pectoral area is extracted and the nipple is reshaped to create a smooth, masculine chest.

Other popular procedures include:

Taylor had asked for a refinement of his nose shape, but accidentally ran into a glass window three weeks after his surgery when his nose was still healing. The doctors were able to fix the damaged cartilage grafts, and later, Taylor even came back for gynecomastia surgery.

At Beverly Hills Plastic Surgery Group, Drs. Danielpour and Layke welcome men of all ages and work with each male patient to determine how his aesthetic goals can best be met.