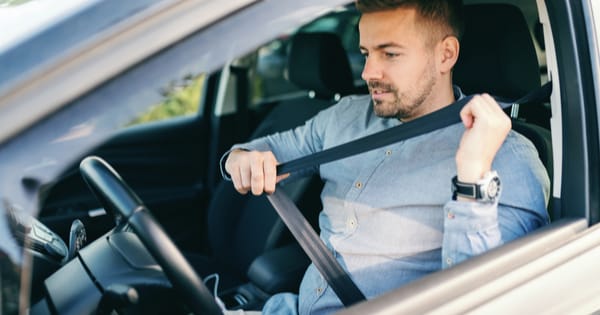 In our current hectic lives, we find ourselves alternately safer than we’ve ever been but also more at risk than ever before. In some ways, it’s become easier to suffer a personal injury than in previous years and decades.

This reflects how important it is to do everything you can to keep yourself safe for the people who depend on you. After all, if you can’t go to work then what kind of example are you going to set for your family?

When it comes to work, the risk level we face depends on our industry and the specific job we do. An accountant in an office isn’t going to face the same risk as a construction worker dealing with heavy machinery and moving objects.

So it’s important to know exactly what your company’s safety procedures and policies are. This ensures you know what rules to follow to keep yourself safe in your specific workplace, as well as what to do in an emergency.

The roads can present a real danger. The National Safety Council has found that for three years in a row, at least 40,000 people lost their lives on US roads in 2018. Meanwhile, in the UK, 1,784 people died last year, a similar level seen since 2012.

This means road deaths have seemingly leveled off. And that, in turn, means we’re about as safe as we’re going to get in our cars. So it’s hugely important to stay alert when driving. Watch out for anyone driving badly and stay as far away as possible. You don’t need to be caught up in anyone else’s recklessness and bad reactions.

Our recreation hours are when we want to spend our time with our friends and families – those people who depend on us for so many things. But we can pretty easily get involved in things we shouldn’t. So even when you’re with your friends, you may want to keep your wits about you.

Take it easy with the drinks and don’t let people persuade you to do anything you don’t really want to. If something sounds dangerous or just generally like a bad idea, think twice before agreeing to do it. You have more important things to think about than earning your friends’ respect.

In the US, injury is the leading cause of death among children and young adults and almost half of these injuries happen at home. This makes it one of the most dangerous places you can be, despite it being the place you and your family should be safe in.

So if you have little ones, make sure they know their way around the kitchen – one of the most dangerous rooms – and that they know what could hurt them. And the same goes for you – especially when you’re using power tools or knives or anything else that could cause you or anyone else harm.

Keeping yourself safe doesn’t have to be difficult. It comes down to staying smart and not getting into situations you shouldn’t be in. Start valuing your safety and you’ll also start setting a good example for anyone looking up to you.

This content is brought to you by Carrie Tennick.