Stephen Hurley discovered what kids mean by “Netflix and chilling” and he was not amused. OK. He was a little amused. Now he has started to question everything he hears, however.

If being “hip” to the younger generation is genetic, I’m screwed.  My Mother was a very smart women, but she didn’t have a clue when it came to what kids were talking about.  She didn’t speak their language nor did she care to.

This was evidenced best in my Junior Year of High School when my friend Dave left a message for me that she responsibly relayed.  In my Mother’s words, “Your friend Dave called.  He said you left a doobie at his house last night.”  I was prepared for some frightening consequences, but it became immediately obvious my Mom did not know what a doobie was.  Now, she did lecture me for several minutes about the importance of being responsible.  She said that leaving a doobie over Dave’s house was typical of me and that she wouldn’t be shocked if I had been as irresponsible with someone else’s doobie because I was careless and not very thoughtful.

For the record, listening to your Mom drop the word doobie four times in a 20 second stern lecture about responsibility is fantastic comedy. 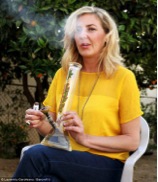 A few days ago, I read something that made me realize I’m just as out of touch as my Mom.  I found out that the phrase “Netflix and chill” actually mean hooking up for today’s youth.  It’s sounds so innocent but kids, as they’ve always done, have turned something as harmless as enjoying binge watching House of Cards into getting their freak on. And I’m sure they no longer say “Getting their freak on.”  Did they ever say that? A liver spot just exploded on my hand.

Don’t be fooled. This isn’t a taut intelligent look at the underbelly of American Politics. It’s foreplay!

The only way to avoid being in the dark when it comes to my sons Charles and Arthur is to always be vigilant when it comes to breaking their code.  They’re only 15 weeks now, but in a few years they’ll start developing phrases to use with their friends and each other that will seem benign but will undoubtedly have more sinister meanings. They’re in for a surprise because I know what a doobie is and I WILL figure out what they’re saying!!

Charles: Hey, Dad.  We’re going to ride our bikes down to the park and play catch.

Me: How dumb do you think I am?  Ride your bike?  That’s clearly code for scoring some heroin.  Do you know what riding your bike can do to your brain!! Your head is writing checks that your body can’t cash!!! (I love quoting the angry Navy guy from Top Gun)

Arthur: Hey.  Me, Charles and some friends are going down to the mall to see the new Star Wars Movie.

Me: Really?  The new Star Wars Movie?  Do you think I just fell off the turnip truck?  I have no intention of letting you steal a car and drive down to Comic Con.  If you want to watch Star Wars you can stay right here and order it on Netflix.  No, wait!!  You can’t do that either.

Today it’s “Netflix and chill.”  I have to anticipate what it’s going to be 10-12 years from now.  When my sons announce they’re going to have an English Muffin with lots of butter are they really going to be communicating to each other that they’ll be meeting downtown at midnight for illegal street racing?

If they tell me they’re using the Rosetta Stone to learn a new language is that just code for making a quick $500 by helping to sneak people across the border?

I think I have two options to guarantee I stay one step ahead in the years to come.  I could pay some young kid who lives in another town to keep me up to date on street vernacular.  I don’t have that much money.

My other option is I could just have a cup of coffee and relax.

I just don’t know what that’s actually code for.

I'm an older Dad. Luckily I live in LA so I can always point to Larry King or any number of celebrities in their golden years who have newborn children. Of course, they're celebrities and I'm not. I work in Reality TV and realize that having only two infants in one family does not give me an inkling of a chance at a TV Show based on my family life. I'd need at least 19 kids for that and quite frankly, two might be two more than my wife and I can adequately handle. My goal is to be amusing. Hopefully from time to time I'll hit that mark.

This article makes a good point, but Joey is right. There are glaring mistakes, such as “My Mother was a good women…” No caps on mother, woman instead of women. Also, high school is not capitalised. How can anyone take this author seriously if he doesn’t understand English?

This story had me laughing out loud…especially your future conversations with your sons. A nice read and break from all the heavy stuff lately. BTW, I’m totally going to re-read my kids’ Twitter posts looking for some code I’m sure I missed…

You should proofread before posting an article.

Take a breath, Stephen. It’s gonna be a whole lot different when your boys are speaking in code. The journey is awesome, don’t get too worried about the “parenting” part, just do your best, live your best life, and stay faithful. That’s it. Glad to know the secret about that phrase. Cheers. 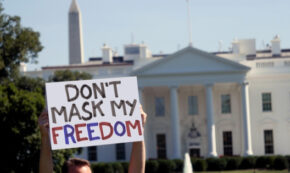 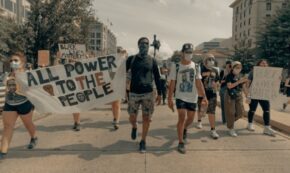 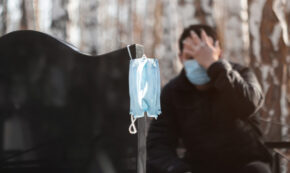 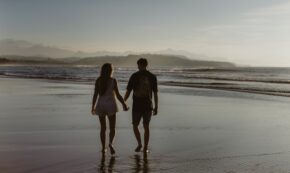 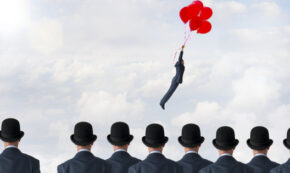 FacebookTweetPinEmailShares285
We use cookies on our website to give you the most relevant experience by remembering your preferences and repeat visits. By clicking “Accept”, you consent to the use of ALL the cookies.
Do not sell my personal information.
Cookie SettingsAccept
Manage consent