Tom Burns was there with his father when his beloved Detroit Tigers won the 1984 World Series, and Detroit erupted

The Major League Baseball season starts this week and I’m already feeling a little nostalgic. Not for past seasons or spring training or anything. I barely know any current MLB players and I’m not even entirely certain who won the World Series last year. But, for me, baseball is a game of memories, the one sport I identify with my youth more than any other.

This is largely because I grew up with a baseball stadium as a next-door neighbor. My childhood home was less than two blocks away from Detroit’s Tiger Stadium, which was one of the oldest and most beloved ballparks in the country—that is, until they built a new stadium in a more desirable location downtown and left the old one derelict for years before it was eventually torn down. (That’s how we handle urban planning in the D.)

Tiger Stadium was practically my neighborhood playground, but we didn’t even have to walk the two blocks to enjoy it. You could see the stadium from the front porch of our brownstone and, on game nights, I’d sometimes sit on the stoop with my dad as he chain-smoked his Benson & Hedges 100s, and you could follow the game by sound alone. You’d hear the cheers, gasps, and groans, carried two blocks over on the wind, and you could tell with your eyes closed how the Tigers were doing that night. The vast majority of my memories of Tiger Stadium revolve around that experience—the sensation of experiencing the park without ever actually being there.

Obviously, some of my most vivid childhood memories of Tiger Stadium are centered on that magical October when the Tigers won the World Series in 1984. I have so many vague remembrances from that season—fleeting images of Kirk Gibson, Sparky Anderson, and Chet Lemon, king of the first base slide—but those memories all coalesced into something spectacular last year when I found a picture I drew when I was eight years old in a box of old mementos at my mom’s house.

In 1985, my teacher asked our class to draw a picture of our most memorable moment from the previous year.

To an eight-year-old, THIS is what it looked like when a full-scale celebratory riot broke out after the Tigers beat the San Diego Padres in Game Five of the ’84 World Series.

Please note the flipped-over car, the policeman with his gun drawn, the man hanging from a streetlight mooning the crowd, the people break-dancing on top of a city bus, the hand grenade, and the creepily smiling crescent moon that I can only guess was inspired by McDonalds’ Mac Tonight ad campaign from the ‘80s.

As far as I can remember, the only thing that’s fictionalized in this picture is the hand grenade. OK, fine, maybe the cop didn’t shoot the guy who was mooning the crowd, however, I do also remember that the mooning guy had “TIGERS” written across his ass in lipstick, so perhaps my eight-year-old self was smart enough to omit that detail for my school project. (Here’s some news footage from the night in question, in case you have questions about my eight-year-old memory.)

The 1984 World Series riot was the first riot I’d ever attended, a riot that I attended with my whole family and that took place two streets down from my house. Like the rest of the city, we were following the game on TV and, after Kirk Gibson hit that three-run homer in the eighth inning, my dad turned to us and said, “Let’s go walk up and join the celebration!” We’d spent all season experiencing the Tigers’ rise to the series without actually being there, hearing the victories from our front porch, so it felt right that our family should be there to celebrate, in person, when they finally won the whole damn thing.

And, after throwing on our coats and jogging up the street to join the ever-growing crowd of revelers, ALMOST IMMEDIATELY, my dad knew he had made the wrong decision.

We arrived just as Willie Hernández got his final out and the crowd EXPLODED. As an eight-year-old, I’d never seen anything like it. I’d seen people drunk before. But this was something else. This was a kind of lawless euphoria, a mob insanity, that I’d never seen before – that I didn’t know adults were capable of. It started out with everyone applauding, screaming “Go Tigers!”, and that felt pretty good. But then… a darkness, let’s say, descended on the ground.

It started with the shoving. People were pushing each other, some punches were thrown, and I could see the worried looks creeping across my parents’ faces. Bottles and cans then started raining down from the sky like arrows in a Peter Jackson castle siege. I pointed out to my dad that people were trying to flip over a police car right in front of the stadium and then my sister brought our attention to the man pulling down his pants on top of a streetlight. It was probably the first naked male ass that I’d ever seen that didn’t belong to an immediate family member.

For my parents, that was probably the tipping point. “We’re going,” my dad loudly announced. But, before I could take my mom’s hand, a completely random drunk guy lifted me off my feet. He held me aloft by my arms and SCREAMED directly into my face, “TIGERS!! WHOOO-HOOOOOO! TIGERS!!”

Two seconds later, he recoiled as a thrown beer bottle slammed into his face, shattering into a million pieces. He stumbled, but didn’t drop me, and then got right back into my face, screaming “TIGERSSS!!” as an almost-unbelievable amount of blood poured down his face. This was the point where I took a page from the drunk guy’s book and began screaming, “DADDD!!!”

My dad shoulder-checked the drunk HARD, sending him to the ground, and caught me mid-air before I fell too. He then pushed my mom, sister, and I back through the crowd, back to our house, our safe haven, just two blocks away. We spent the rest of the night, barricaded inside, watching the chaos on the news and hearing it right down the block, all with my dad standing vigil by the front windows like Rick from The Walking Dead, keeping watch for any stray walkers that might wander into our zone of safety.

This might sound funny, but that night remains as one of my all-time favorite childhood memories.

That was the night when baseball opened up the world to me. For my whole childhood, baseball had brought all of this warmth and vitality into my neighborhood—filling our streets with happy sports fans, supporting the local businesses, and making my summertime lemonade stands insanely profitable (until I got too old to be considered cute anymore). But, on this one crazy night in October, baseball brought something ELSE into my neighborhood. Something altogether more dangerous, destructive, and wild, but, nonetheless, something fascinating for an eight-year-old boy. Thanks to the Detroit Tigers and a three-run shot in the eighth, I got to experience pure chaos. I got to tiptoe into drunken mob insanity and then immediately retreat to the safest place in the world, my home, which was only two blocks away. And I got to experience all that with my dad, my dad who was both my hero and my accomplice that night, my dad who would pass away three years later.

This is why Opening Day always gets me excited every year. Yes, I have no idea who’s on what team. Yes, I mostly know Justin Verlander as that guy who’s dating Kate Upton. And, yes, I make fun of my fantasy-obsessed friends for playing “imaginary baseball.” But I LOVE baseball and I love going to baseball games. Because there’s just something about such a large group of people getting together and loving something, collectively, that is an amazing thing to witness. And, yes, sometimes that love goes too far. Sometimes that love goes to bad places, and you find yourself hanging from your knees on a streetlight, while someone writes the name of your home team on your ass with your girlfriend’s lipstick, but… hey, we’re all human. Love hits us all in mysterious ways.

And, while I don’t necessarily want to ever take my daughter into a full-fledged sports riot, I do hope that she, in some way, gets to experience baseball in the way I experienced it as kid. Because, for me, the game was never about statistics or free agents. It was all about that glorious cultural experience of watching a sport being played LIVE and feeding off the energy and positivity of sharing that spontaneous moment with tens of thousands of people, in person, all at the same time. And you can experience that moment from the box seats, from the bleachers, or from your porch two blocks away.

So, let’s get this season started, MLB. I’ll show up when I’m able and, if it’s not too much trouble, try to keep as many naked asses away from my daughter as you can, OK?

Excellent piece, Tom. I wonder if you ever had the pleasure of meeting Ernie Harwell? I hope you did. The first time I encountered Ernie was at the Trop in about 2002. Here was this smallish, white-haired old man toddling down the lower bowl stairs toward the field. He got to the rail and I was about to offer a hand to help him over when he put both hands on the rail and LEAPED IT with room to spare. “Hey there,” he said, and held out his hand for anyone and everyone in our group to shake. “I’m Ernie.”… Read more »

I never got to meet the man – that’s incredibly cool that you did – but I did attend his “goodbye” game at Comerica Park. I had awesome seats, just two rows behind the Tigers’ dugout, and it was the only game where I ever caught a ball, so it was a pretty great night. 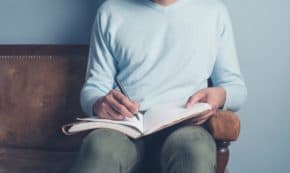 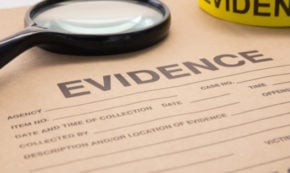 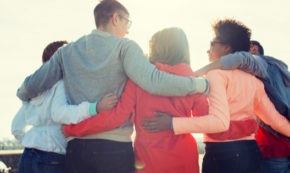 Facebook135TweetPin2EmailShares137
wpDiscuz
Share this ArticleLike this article? Email it to a friend!
Email sent!