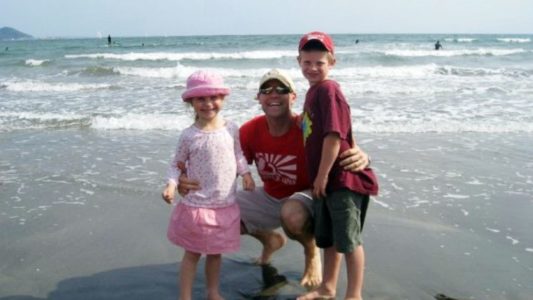 This week, I had the opportunity to speak with ABC’s Good Morning America on the subject of “paternity leave.”

As the article explains, the issue is very much in the news of late and is getting a decided push forward from some celebrity and corporate attention:

Alexis Ohanian, the co-founder of Reddit, husband of Serena Williams and father of their daughter, Olympia, is on a mission to get dads the mandated right to take paid paternity leave.

He and Dove Men+Care are asking men and women to sign The Pledge for Paternity Leave. Ohanian plans to bring the pledge to lawmakers on Capitol Hill this fall in a push to pass federal paid family leave legislation.

“I hope to be meeting with many senators, representatives, plenty of dads, on both sides of the aisle, in both houses of the Legislature, who want this to be the law of the land,” Ohanian told “Good Morning America.” “What we are looking for is some minimum number of weeks of leave.”

I’m no Alexis Ohanian, and neither are you. (Unless, that’s you, Alexis, reading this, in which case thanks so much for reading and say hi to Serena!).

I’m just a guy. You’re just a guy. But it’s us regular guys sprinkled across the corporate landscape that are going to drive the necessary change on this issue.

Here at The Good Men Project, we talk about “The Man Box,” a very strict prescribed set of rules based on “traditional” gender roles and expectations, where women are the caretakers and nurturers and men are the earners and model toughness. This harms BOTH men AND women. That is what we are working to change in our culture, to foster a more inclusive vision of masculinity.

Having sufficient childcare leave as a matter of corporate policy, as well as developing a culture that supports men actually taking it without being stigmatized or criticized is crucially important. Part of being a father and a husband is being nurturing and supportive and actually there for your kid and partner. Too often, we easily fall into gendered roles where the father is working late hours and doesn’t get to be there for his family.

Speaking of families, we can all see that today’s families are more complicated than ever. It’s not necessarily just a traditional Mom and Dad configuration, where the Mom is “the primary caretaker” and the Dad is the “secondary caretaker.” Today, we have all sorts of configurations, primarily two-working parent households as well as two Dads, two Moms, divorced parents, single-parent households, and working Moms paired with stay-at-home Dads. The old-fashioned distinctions based on “primary caregiver” vs. “secondary caregiver” (usually the Dad) are dated and not helpful distinctions. For this reason, many see industry best practices as heading towards eliminating the distinction between “maternity” and “paternity” leave and calling both “childcare leave,” as well as looking to equalize the paid and unpaid leave that is offered to both men and women.

This is good and important work. And at work, we need to change policies, for sure. Equally or more important is that we change The Culture. It has to be seen as “OK” and “manly” and “cool” for men to take leave. Women should also support these changes, because if more men are taking leave, it also helps women.

Lastly, I’ll note that this is an issue we see across industries. We see it in the Sports Pages with the uproar over the Yankees ace pitcher, Masahiro Tanaka, missing his start last weekend to be with his wife for the birth of their daughter!

We see it in the legal industry. As I mentioned to Good Morning America, when I was a younger lawyer at my first Big Law job, I didn’t even consider taking paternity leave. I didn’t know what the policy was. I just knew that the partner I was working with called me into the office on the Sunday after the Friday when my wife had our second child. She was still in the hospital.

Now that I am a partner, having had that experience, I would never do that to a young lawyer. I think it’s incumbent on all of us who recognize our value as fathers and husbands and people—and not just earners—to drive this change both on a policy level at our places of work, as well as at a cultural level.

Facebook81Tweet5PinEmailShares86
wpDiscuz
Share this ArticleLike this article? Email it to a friend!
Email sent!