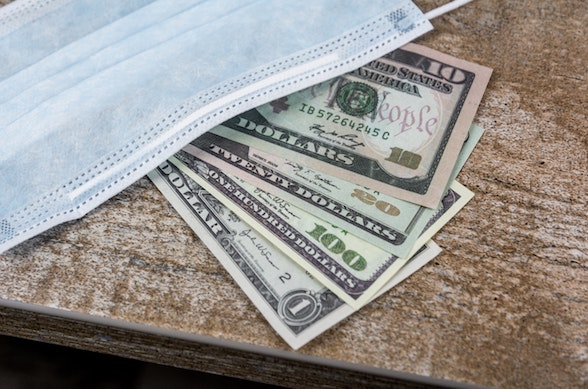 Springtime, the season of my birth, wrecks me fiercely.

As the planet tilts during the weeks surrounding the equinox, my health goes a little haywire, especially in the allergy and breathing department.

With COVID-19 in the background, anything lung related feels like something that has the potential to become a life or death crisis.

Late March, I had a life or death crisis. Trying to keep my already persistent asthma at bay, I started a new medication for a different health issue before bed, and about an hour later, my breathing symptoms took a bad turn.

Not only was I struggling to catch a breath and fighting chest tightness, my heart was racing. The following six hours, I zigged and zagged between one hour naps interrupted by heart palpitations that woke me gasping for air.

“Is this a wicked asthma flare up or the new meds?” I asked myself, now up and out of bed at 4 a.m. taking hits off my rescue inhaler and reading the package insert of the new medication.

Working in pharmaceuticals, I know that anything can be an adverse event and should be taken seriously, so I took the symptoms seriously, woke my wife to tell her I was driving myself to the ER, and then left.

The ER was how you might expect it during a pandemic: uber-sterile and staffed by weary yet ever-friendly healthcare professionals—god bless those frontliners.

Vitals, bloodwork, and a chest X-ray later (they had to rule out a heart attack since I’m of a certain age), I had calmed. My breathing had stabilized. I was exhausted, but there was nothing they could do, and the doc couldn’t say whether it was an allergic reaction to the new drug, asthma, or whatever.

I went home, but before that, I paid the copay with my healthcare savings account card, feeling confident insurance would cover the rest.

Weeks later, I learned that insurance indeed paid, a portion that is, of the $7,000 charge. After all the insurance coverage, I was responsible for over $1,000.

I called my insurer and they said a couple things that probably no insurer should ever say:

“It was so expensive because you haven’t met your deductible for the year.” (beat) “But looks like you have now.” (Chuckle, chuckle). The representative seriously laughed.

Okay, so the entity I pay over $1,000 to already each month in premiums is now advising me when to go to the ER?

That’s healthcare for you. They care when it’s healthy for them.

Moral: take care of you. Listen to your body. Do what’s right. Dispute. Invest in health so you might avoid “healthcare” in this country.

Epilogue: I’m working with a third party to pay this expense down. I wasn’t able to get a break. I am also working toward establishing my own insurance: prevention.

Photo by Bermix Studio on Unsplash