Eating disorders are on the rise in teenage boys, and parents need to rethink how we talk to our boys about their bodies. Anne Theriault offers 24 helpful ideas.

I loved this post on how to talk to your daughter about her body, and I wanted to create something similar for parents of boys. My friend Nathan and I put this list together, and would love to hear your input.

Teach him that it’s normal to think about his appearance.

Teach him that it’s fine to want to be handsome or pretty.

Teach him that being a boy doesn’t take away his right to have feelings about his body.

If your son is older, talk to him about male bodies in the media. Ask him what he thinks of the storefronts for Hollister or Abercrombie and Fitch; ask him if he thinks that images represent how he thinks men should look. Talk about the fact that Photoshop is used to alter images of boys as well as those of girls.

Don’t make jokes about your son’s weight. In fact, don’t make any comments about his weight. Don’t talk about how funny it is that he was so skinny as a little kid and now he’s not. Don’t poke him in the side and tell him that his ribs stick out. Don’t sigh enviously over how thin he is.

If you notice that your son is gaining or losing weight, remember that these can be signs of depression. Without asking leading questions or otherwise being obvious about it, try to get some insight into how your son is feeling. Be sensitive to the fact that if you’ve noticed a change in your son’s weight, chances are good that he’s very much aware of it and may feel ashamed or embarrassed.

Don’t make negative comments about your own body. Don’t let him overhear you calling yourself fat, or saying that you should go on a diet. He will learn to love and accept his body by watching how you treat yours. Always remember that he will take his cues on body acceptance from you.

Teach your son to be kind to himself.

Teach him to be kind to other people.

Teach your son that his body is good for all kinds of things – dancing, sports, digging in the dirt, yoga, gymnastics, figure skating, or even just sitting quietly and thinking.

Teach him to move his body in lots of different ways, from lifting big rocks to spinning pirouettes, because those things are fun and they feel good. Teach him to stretch and touch his toes because this will help keep his muscles flexible and elastic. Teach him to do cartwheels because there is no greater expression of joy. Teach him to lie in a patch of sunlight and dive into a good book.

Don’t teach your son about “good” foods and “bad” foods, because food shouldn’t be subject to moral judgment. Instead, teach him about foods that will fill him up and give him energy versus foods that will leave him feeling unsatisfied and cranky an hour later. Teach him that candy and desserts are great, but that they won’t give him the drive he needs to get through the day.

Teach your son to cook. Teach him to cook anything and everything – scrambled eggs, macaroni and cheese, tooth-achingly rich chocolate cake. Teach him how to sauté vegetables and whisk egg whites.

Prove to your son that he doesn’t need a woman to cook for him.

Prove to him that there is no such thing as a “girly” interest or hobby.

Teach him that you’re there to listen.

Teach him that he’s not alone.

Originally appeared at The Belle Jar

Anne Theriault lives in Toronto with her husband and young son. She spends her days teaching yoga, reading in cafés, and trying to figure out how to negotiate in toddler-ese.

Beautiful. My son, from an early age, has been beautiful or pretty to many. And this wasn’t wrong to me. He was a pretty baby with red hair and large blue eyes. No matter how I dressed him, people often approached us assuming he was a girl. I was not offended, he was pretty. Still is. He’s just a bit more of a boy about it now. As a single mom I am very conscious of what I say and what is said around him. I never talk negatively about my body (even if I am feeling that way) in… Read more »

You just have to find the right one.
Which might take a while.

oh thank you for this! thank you for leading the activity list with dancing, and for emphasizing that there are no “girly” activities. and thank you for reminding me of the pitfalls all of our children face in trying to form a healthy body image. thank you.

Thank you that is beautiful. There are several things I will take from that for how I talk to my sons about their bodies. I have to disagree on the food thing though. There are healthy foods and unhealthy foods and I don’t think it’s responsible to not talk about that explicitly. When we talk about it we make sure to talk about how it affects your body’s health and how you feel, not how you look. Of course we can’t just talk about it, our whole family eats healthy food together. Not because we need to lose weight, but… Read more »

Making it about virtue can cause guilt and such, good and bad are such loaded words.

What about teaching your children about moderation in conjunction with healthy foods? Just because you say something is bad or good, it doesn’t mean they might want it any less. It also sets them up to binge later in life. When I was a kid, my parents sent me to school with only healthy foods, we only ate healthy foods in the house, except on a Friday night McDonald’s “splurge” where we could choose one unhealthy thing. Don’t get me wrong, I do appreciate all of the healthy habits I’ve carried into adulthood, but NOT having the bad things I… Read more »

THANK YOU! I have a 12 year old who went from that skinny kid to the chunky kid when he entered grade school. As someone who struggles with her own weight and body image, I struggle with how to help my son accept himself and feel empowered about his body and his life. 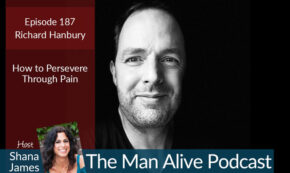 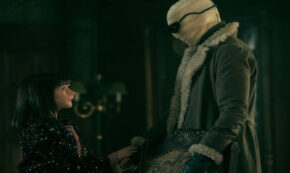 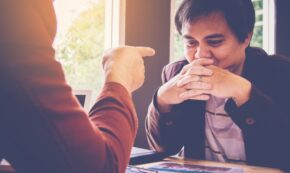 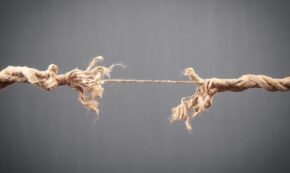 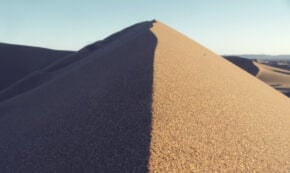 FacebookTweetPinEmailShares1.2k
We use cookies on our website to give you the most relevant experience by remembering your preferences and repeat visits. By clicking “Accept”, you consent to the use of ALL the cookies.
Do not sell my personal information.
Cookie SettingsAccept
Manage consent