Get Daily Email
Join/Login CLOSE
Home / Families / How a Dad Took a Good Look at His Son’s Bad Day, and Ended Up in Awe 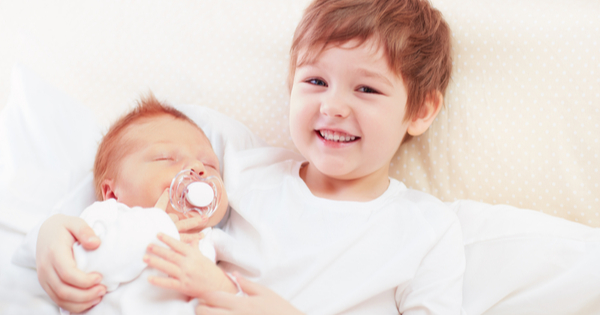 His son Chris had a bad day, but as a dad, Sean was willing to cut some slack. More than that, he was filled with a profound respect. Here’s why.

My son had a bad day yesterday. It all began when he left his backpack in the car. He does this a lot, leaving things behind. His backpack, his lunchbox, his gloves. Last summer he came home from day camp in just his bathing suit, having lost his clothes, shoes and spare eyeglasses while at the pool. It’s to the point that whenever I walk down the dirty stretch of alley between my office and the coffee shop and I see a single shoe or a stray pair of pants I think, “Chris must have been here.”

Not long after dropping my other son off at pre-K, I received a voicemail from Chris. I assumed he was calling to ask me to bring his backpack to the school, but it turns out he was calling to tell me that his glasses had been broken by a classmate. He was hysterical in a manner that would have won him the Daytime Emmy for Outstanding Lead Actress for the next decade, at least. I called the school and assured Chris that I was not mad, clearly it was an accident.

The day went from bad to worse when we picked up Chris from the bus stop and discovered that not only had his glasses been broken, he had also lost them at some point during the day. This was followed by an epic three-hour homework showdown where Chris declared that 12 divided by 4 was 27 and a comma went at the end of a sentence,

The truth is Chris was not just having a bad day, he’s been having a bad month. There have been changes to the family dynamic with the addition of our son Elijah, suddenly Chris is not the only child. For almost two years now he has had all of our attention, now he has to share it. He also has to share his bedroom, his toys and his dog. It’s a lot.

Chris loves Elijah. Having Elijah in the house means Chris gets to do his two favorite things: give orders and tattle. But still even when you consider the pluses, all of this change is a lot for any kid to process.

Last night before bed Chris was feeling down, the day’s events had finally caught up to him. He felt stupid for losing his glasses, for not understanding his homework, for having a bad day.

Chris has been through a lot in his nine years. He had a rough start, at one point living in a tent as a baby. Since then he has lived in six different homes, and not always with the best people. He’s been neglected and forgotten. He has seen and experienced things people ten times his age have never seen or experienced, yet still he wakes up every day smiling.

He is the very definition of resilience.

As I told him last night, “You’ve been through so much that wasn’t good, but here you are still standing. You’re going to have bad days, but you’re going to get through them. Everything that came before — that was the hard stuff. Not forgetting your gloves, making sure you have your glasses, remembering to read the directions on your homework — that’s the easy stuff. You can do the easy stuff.”

I’m willing to cut him some slack — to overlook the lost glasses, the forgotten backpacks, the missing gloves, the refusal to read and follow directions. He just needs time to adjust. And I know that he will adjust, because he always does. He has spent a lifetime doing it — from one foster home to the next, until he came to ours and found family.

He’s a survivor. He’s an inspiration, and more than that, he found something he loves being — a big brother.

I am a 40 year old gay man, married to my partner of 18 years. We have two adopted sons, ages 9 and 5. An award-winning playwright and writer, I currently write about my experiences as a gay parent on my blog: Sean's Big Gay Blog . Author of Which One of You is the Mother?

Thank you for this, I’m going to tell my son a very similar thing. He’s become such an awesome young man, I’m so proud of the way he is going and I’m sure his Mum would be proud too. This type of encouragement is something I never knew he needed, thank you.

You are amazing. Thank you for sharing this sweet story.

An awe inspiring story. Your son has a lovely spirit and a great Dad. I too would like to read more. How can I subscribe to your blog?

Beautiful. Lucky boy now. You sound like a great dad.
How can we see your blog? It’s marked private on WordPress.

Hey, he might have had a rough start in life, but he sure seems in a good place now!

Wow! Kudos to you for recognizing the bigger picture and loving your son as he grows.

I love this article!!!! What a lucky kid your son is! How can I subscribe to your blog?

Facebook8.9kTweet3Pin3EmailShares8.9k
wpDiscuz
8
0
Would love your thoughts, please comment.x
()
x
| Reply
Share this ArticleLike this article? Email it to a friend!
Email sent!