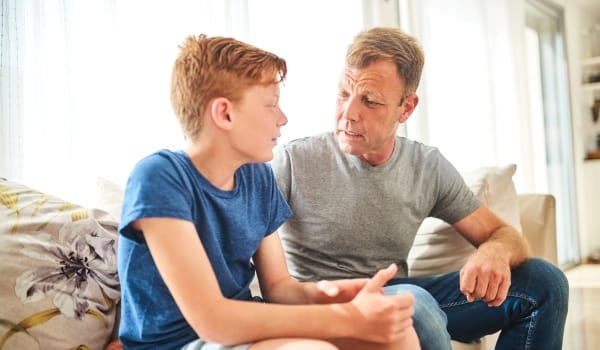 —
School shootings, gang violence, domestic abuse and other heinous criminal acts in the U.S. have claimed the lives of many young people, devastating families and sending shockwaves across communities.

Reminders of these tragedies — and the dark side of human nature — are never far away, especially when those horrific events drew national media attention.

Amid the intense grief that surviving family members of the victims experience, how do parents find a way forward to lead the healing process? Some take on a larger role in community activism — turning their deep personal sadness and love for their child into actions that can help others. For example, in the wake of the mass shooting at Sandy Hook Elementary School (Newtown, Mass.), the parents of a 6-year-old boy killed in the attack founded Sandy Hook Promise, a nonprofit whose goal is to protect children from gun violence.

Dr. Buck Blodgett, whose daughter, Jessie, was raped and murdered, founded The Love> hate Project (www.ligth.org) and wrote the book A MESSAGE FROM JESSIE: The Incredible True Story of Murder and Miracles in the Heartland. The organization and book spearhead his mission to end male violence against women and to “inspire people to choose love over hate in our violent and sick world.”

“Finding purpose in tragedy can make the world a better place,” Blodgett says. “As a loving parent, I had to speak for Jessie and make her life matter. I had to forward her legacy project and turn this unthinkable tragedy into something good.

“Grieving parents are sometimes the best-positioned people to create awareness and change by taking action.”

What various roles can parents take when tragedy strikes their children or those of other people, and how can their actions make a difference in the world? Here are some examples:

Get involved in local and national solutions. Grieving parents can be powerful advocates for change. Following the murder of 17 students and teachers at Marjory Stoneman Douglas High School, the families of the victims started a foundation demanding school-safety reforms, served as commissioners on the inquiry into the mass shooting, won seats on the school board, and assisted efforts to improve campus security throughout the country. A school shooting spree that killed 10 students and wounded 13 in the Houston area led to parents of the victims forming advocacy groups and nonprofits.

Start support groups. Grieving families sometimes find the best help they can give is to other grieving families. After the 2017 mass shooting in Las Vegas that claimed killed 58 people, a Bradenton, FL couple who lost their daughter in the tragedy started a program at their church called “GriefShare.”

Stage or sign off on peaceful protests. Young people are more prone to protest than their parents, but parents can give kids the green light to be heard about social issues. About 50 students at Glencoe School District, near Chicago, got the written consent of their parents to participate in a nationwide 17-minute silent protest on the one-month anniversary of the shootings in Parkland, Fla. Many carried signs with slogans such as #ENOUGH or “Not One More.”

“You can’t always choose what happens,” Blodgett says, “but you can choose how you respond.”

—
This post was previously published on The LOVE>hate Project and is republished here with permission from the author.

Dr. Buck Blodgett is the author of A Message from Jessie and is the Founder of The LOVE>hate Project (www.ligth.org). He also has been in family chiropractic practice since 1996 and is founder of The Chiropractic & Wellness Group, and Wellness Drs. He and his wife, Joy, were the parents of Jessie, who was murdered when she was 19. Since her death, Blodgett has worked to end violence and to educate, motivate, and inspire young minds to choose love over hate. He speaks nationally in schools, conferences, and prisons.