There’s a lot more to raising kids with healthy attitudes about sex than just knowing the egg and sperm story. With increasing access to adult content online, kids need to be prepared to deal with images that aren’t meant for them to see.

For younger kids, she suggests telling them that curiosity about naked bodies is natural but that there are things on the Internet that are only for grown-ups. Let them know that you’re totally cool with answering their questions and that there are books just for kids that can help satisfy their curiosity, but that the Internet is not the place to find those answers.

To help make things easier, I’ve created a handy guide for starting conversations with your kids about pornography. Use these as conversation starters to help your teens think critically about pornography, and make sure you’re doing at least as much listening as talking. (And remember, teens should be invited into personal conversations, not forced to share personal information.)

“We’ve explained to our oldest that he will encounter it. Whether he accidentally clicks into a site, or receives a texted picture or link, it’s going to be around,” she says.

“It’s a powerful medium that can shape their understanding of sex before they even experience it,” she says, and they’ve expressed to their son that they hope he will form a sexual identity with his future wife not based upon pornography.

Ask your kids what they believe to be right for them, and how they will know when they’ve crossed that boundary.

Ask your teen to brainstorm what they think makes a person a good partner and whether those traits are modeled in pornography.

Ask teens to think about what features of a real-life person make them attractive. Is it their eyes, their minds, their humor, their smile, or just their body and sex appeal? Remind them that the so-called “perfect” body is only attractive in a lasting way if the person’s soul is attractive, too.

Be specific about the consequences for viewing content that breaks your family’s rules, and let your kid know that you will be enforcing them.

What are other ways for people to fantasize?

I know this is a tough conversation to have with your teens, but it is important. To make it easier, try making the conversation general rather than specific, asking questions like, “What do you think are healthier ways for people to fantasize?” rather than addressing it directly to them and saying “for you to fantasize.”

Remember that teens deserve privacy, too, and if any of these questions are making your kid uncomfortable, it’s okay for them to not share their thoughts or feelings. The fact that you are willing to have these discussions will not be lost on your teen.

Don’t worry too much about getting this perfect. Your kids don’t need perfect parents. If we can show our teens that we are a healthy part of their support system, we are giving them a gift nobody else can offer.

What your kids need to know about sexting

We should never tell our daughters: “He’s only mean because he likes you”

Why you should talk about sex with your kids every. single. day.

The world has changed, but that doesn’t mean we can’t still raise good kids 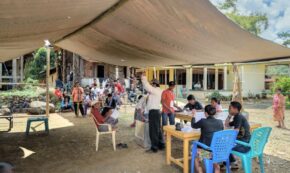 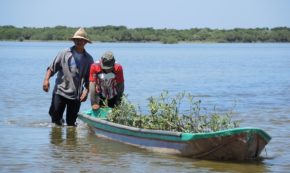 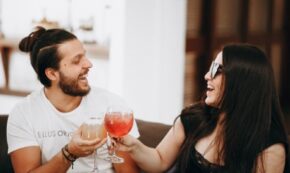 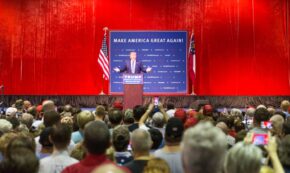