Challenged by rock-throwing neighborhood punks, father schemes to steal their pride and joy

It was going to be beautiful, like Butch and Sundance wearing Baby Bjorns.

The stay-at-home dad Bonnie and Clyde, except both of us Clyde.

We had every intention of plucking their property and that was enough. Just discovering you have the nasty blood needed to steal from boys too young for armpit hair does makes the manliest, most-glamorous job on Earth—house husband—turn a little sour.

It started when the lousy neighbor kids stopped shooting hoops and started tossing rocks over our fence, nearly hitting my six-month-old son. Out in the alley, full of overgrown grass and gravel and shattered bottles, I confronted the boys beneath the rim. This was our third such conversation. Eyes bulging, I basically said, “knock it off!” at top volume.

“Leave me alone. You’re making me mad. Jeez,” a freckled, redheaded rock-tosser, maybe 12, told me. I repeated my radical views on infanticide, but Red simply walked away, unintimidated by some angry dude with spit-up stains on his shirt.

A man’s masculinity loses its gloss when he can’t even convince a little boy to stop trying to hurt a baby.

That man—let’s just hypothetically call him me—might see this as the cherry atop his emasculation sundae. Hard not to draw that conclusion, what with babysitting all day while my wife earns roughly triple my meager writer’s pay.

But, standing in the alley, watching Red dribble off, I was inspired to nip this neighborhood nuisance at the source. I immediately realized I have no scruples stealing from children when it came to my son’s safety. Maybe I needed excuses to inject some testosterone into a routine now dominated by Diaper Genies, tummy-time and generally operating like Aunt Bee with stubble.

“Talk to his parents,” a friend said.

“Ignore him,” my mother said.

Easy for them. They weren’t imagining baby Walter’s shattering squeal when rock meets face. That awful dream repeated the following day, growing louder and louder. The plan was simple: reclaim my manhood by swiping the pillar of kid-related alley activity. Goodbye, basketball hoop.

The boys used it every day, but, best I could tell, the bucket belonged to nobody. Like an Easter Island sculpture, historians were unclear when the hoop arrived in the alley. Some said prehistoric times, some claimed turn of the century, others remember it arriving unannounced two months back.

The basket looked as if it were part of an archeological gymnasium excavation. It had no net, was coated with dirt and rust, and weighed down by a jagged clump of concrete. If that basketball hoop were a frontier child, it would be eaten by wolves.

I recruited my pickup-owning pal, Jeremy, who is also a stay-at-home dad. As opposed to a predictable midnight mission, we’d go hoop-napping at noon. The alley was a ghost town at lunch since everyone but baby daddies works or is at school.

This burglaring lifestyle was thrilling. “It’s a victimless crime!” I told Jeremy at the park as we pushed our sons in swings. I was very proud of my equation: No hoop = no kids = no rock-throwing = no baby Cyclops.

“Okay,” Jeremy said. “Whatever, man. Sounds good.” While he seemed ambivalent, I had enough misguided rage for two. “Just let me know when to bring the truck over.”

Hours later, after careful calculations during naptime, I texted Jeremy that tomorrow would be Heist Day. It also asked, “Is your wife off? Otherwise, we’ll have to get a sitter for the boys.”

Prior to my career in diaper rash extermination, I was too bogged down with morality to steal anything, especially children’s toys. That me was long gone as the pride of keeping my son safe, surprisingly, drowned guilt with a firm hand.

I was really liking this new me. He was a go-getter!

The next morning, I discovered some enterprising Howard Carter a few houses down claimed King Tut’s mummified hoop for himself, wheeling the remains into their driveway. I dashed Jeremy an emergency text: “Mission aborted. Hoop moved. Shit, I’m sad.”

Days later, I was still edgy. I couldn’t puree sweet potatoes or sing the ABCs without grinding my teeth. I was obsessed over missed opportunities, even though I actually got what I wanted. The rock tossers had vanished. Yet, part of me ached to drag the basket back to the alley, just for the thrill of stealing it.

That new me was a go-getter, but also angry and quasi-amoral. Why?

That me arrived, I realized, because there’s a dark cloud above house husbands.

No matter how much you love your kid there’s a not-so-fresh feeling with home daddery. Simply put, it’s impossible to be the man of the house while sporting a polka dot diaper bag. There’s also a great deal of unintended frustration with this job. Maybe it’s because our ladies are bringing home more bacon. Maybe it’s spending free time folding onesies instead of looking at dirty pictures online like days long gone. Maybe it’s just our inability to produce milk.

Eventually, the anger evaporated. Red and his rocks triggered a major overreaction because I couldn’t cope with home-daddy’s place in the world. Actually, I probably should have simply shot hoops with the kids instead of plotting against them. I could use the stress release of exercise.

—excerpted from Everything Was Great Until It Sucked

Patrick Wensink is the bestselling author of the novel, Broken Piano for President, as well as the essay collection, Everything Was Great Until it Sucked. His writing appears in the New York Times, Huffington Post and others.

My dad was(is) my primary parent my whole life. My mom made more than him for many years before they retired. I have never thought of him as ‘unmanly.’ He’s man enough to be honest about who he is. He’s man enough to do what is right, not what some stereotype says he should do. Why is it “impossible to be the man of the house while sporting a polka dot diaper bag”? Did your genetalia fall of when you picked it up? Did your hormones magically switch from androgen to estrogen? No. You are a man regardless of what… Read more »

I just snipe the annoying little bastards with a bb gun until they quit coming around. 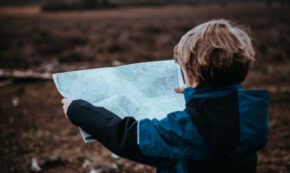 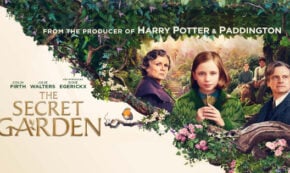 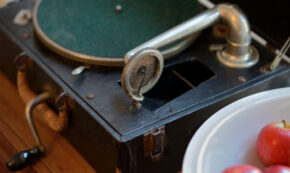 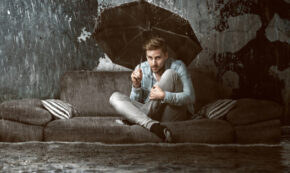 FacebookTweetPinEmailShares34
wpDiscuz
2
0
Would love your thoughts, please comment.x
()
x
| Reply
Share this ArticleLike this article? Email it to a friend!
Email sent!