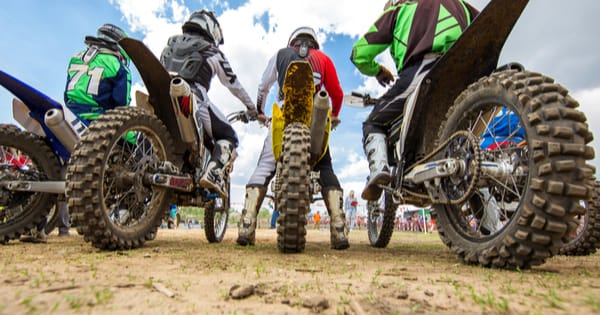 My family did not just stumble into Enduro because it was a fad or something, my kids, those would be fun to do on a whim. The entire family knew that I took part in Enduro when I was younger and I always shared stories about it. When I saw my kids develop an interest, I decided it was something we would do as a family.

How it All Started

It was not easy when I first started. I had not ridden in a while and I did not know where to get the bikes for them. The search was long and tedious since a lot had changed since I was last on a bike. However, I was determined that my kids would get to enjoy the fun I once enjoyed as a kid.

At first, I was scared to introduce the family to Enduro. They had no practice or anyone to give them good, solid advice. However, I knew the learning curve would not be steep since it had been relatively easy for me.

I threw them right into it and hoped they would find their rhythm, and they did. During the first time they rode, they went up this huge hill and rolled backed down. I was scared when this happened. However, after a speech with both my kids, it was a lot of fun to them. I knew I could not stop now.

My first-born was so happy with his accomplishment that day, although he came in last. He was happy to have been able to accomplish something on his own and that made me feel happy. I now knew there was no way I could allow my emotions and fear before his needs and wants. In fact, both of them were so elated that day; they could hardly sleep that night. After that, all they wanted to do was to practice and compete. They had found something they loved and it was not dangerous to them.

Why I Love Enduro

What I love most about this sport is that I am never alone. All the parents with their kids always show up and it ends up being a huge family event. At the end of the day, each sport is dangerous and life itself is dangerous. However, finding a way to bond with family is a rare thing. Since their first failed attempt, my kids have really gotten good at it. They are committed to it and they even come with a medal or two in some cases. If I had not let them do this, they would probably be sitting at home rotting their brain with endless hours of video games and no real sense of achievement.

2. It Provides Thrilling and Non-Violent Entertainment

Most kids, especially boys, are drawn to thrilling and exciting entertainment. For most of the time, it means violent video games and movies. While enduro is dangerous, it is not violent. There is no physical contact amongst players. As such, they are not likely to show unnecessary aggression to others since they are already using up so much energy doing something fun.

Enduro is a tough sport that is physically exhausting. Thus, my kids know that they have to be in good shape to win competitions. Besides that, they also know they have to care for their bikes and apparel since they have realized that quality-gear from our go-to-store 24mx is of great value. In short, they learn to care for their gear, their bodies, and each other. It is a gift that every parent would love, healthy and responsible kids.

Enduro truly is a chance for kids to build character and nurture their talents. Besides that, it teaches them important life skills like holding conversations with others, which many kids today lack.