Sometimes, when guiding our children, less is definitely more.

This summer, my husband and I had the opportunity to spend a week in Maui. While my husband surfed, I enjoyed the warm tropical sun on a blanket. Camped out for the week, on the beach at a spot known to locals as Grandma’s, was a native family celebrating their birthdays. In typical island spirit, we were quickly adopted and treated like long lost family.

Our men sat side by side on their surf boards in the ocean, very different in looks, and yet identical in hearts. As they talked and road waves together, I could see the years drop away and I saw once again the same high school surfer I’d shared the beach with 30 years ago. I smiled to myself and buried my toes in the sand relaxing in an oversized lawn chair.

The day was perfect for sitting, thinking and being committed to doing nothing. The head of this family made his way out of the water toward me. Dark brown from enjoying the island surf daily, he climbed into the hammock tied between two trees near the shoreline. He said to me, “That man of yours, he stay longer than me.”

I looked back out at the huge smile on my husband’s face and said, “He’s a hard, hard worker, and he knows what it will be like when we return home. He’s always loved surfing and it’s fun to see him enjoying it so much.”

We watched him catch a long right and our new friend insightfully said, “It’s therapy.”

Just about then a dad and his young son entered the water on a long board. The young boy, probably five or six years old, climbed to the front part of the surfboard as his father climbed on behind and they began paddling in tandem out toward the breakpoint. They caught several waves and each time the board surged forward, the father dropped off letting the boy ride the wave. For such a young one he was really good. At the end of the ride, the dad would swim to him as he climbed back onto the board. I watched as this routine went on and on. Dad never spoke a word, but they moved together as if they were one surfer.

Soon another car pulled in and unloaded three young female surfers. These ladies argued over who would surf first with grandpa, with the littlest one, no taller than grandpa’s waist, winning the argument. The scene now familiar, repeated itself over and over as each of the three little girls road the waves with grandpa. I’d been watching for a long time when I commented, “I don’t hear him coaching the girls, they just seem to be quietly enjoying the rides.”

Laying his head back onto the hammock he said, “It’s a way that allows others to feel the ‘rightness’ without words . . . to feel the perfect moment to catch the wave or pass it up. You don’t talk about it, you allow them to feel what you feel. It keeps things from being complicated with words and actually lets the ocean teach them to respect her. The island wants to teach us its rhythm so when our lives are out of sorts we’ll recognize it. And she always calls us back to her. We all have to find our own way, make our mistakes, but she always calls us back.”

There were no words of coaching, no cheering fans, no uniforms to denote a team, no instruction manual, no clear boundary lines. There was however the ever present power of the ocean that reminded the child, “I am your friend, but respect me.” The prize was actually catching a wave, no trophies, just the successful mirroring of the teacher.

My heart aches at how many times our feeble attempts to empower our children fail even though it is the desire of every parent to raise their children to be all they are intended to be. We push them, sign them up for every conceivable opportunity available and help them strive to ‘get ahead’. To protect them, we attempt to remove every obstacle in their pathway, often robbing them of valuable chances to learn natural consequences—life university lessons. But mostly, we talk them practically to death—or at least until they completely tune us out and would rather seek out friends, Facebook, texting or get lost in their Ipod music.

I asked my students how often they sit around the dinner table without a T.V. or other distractions so they could talk to each other. It was sad to hear that only two of the twenty-five eat meals together regularly and worse yet one high school student said honestly, “If we did that, we’d have to really learn how to talk to each other.”

It seems if I had to do it again and imitated the Pono way with my children, I would spend more quiet time cuddled under a blanket at midnight watching the stars and sitting on riverbanks while we take turns watching a bobber. Or maybe we’d spend more time in a hammock with a huge pile of books, or take the time to count the seconds between thunder and lightening.

I would be comfortable with silence and making eye contact with one another. I’m trying to learn to listen and to be slower to give my opinion so they have a chance to measure their ideas aloud. I’m trying to find ways to slow the pace of my children’s world. One thing I’ve learned about young people is that they do think, and their thoughts are deep world changing thoughts, if they have the time to be still. They live in a hurry-up world that clamors noisily at them, robbing them of the valuable processing time.

I go to my ocean to rest, to clear my mind, to feel the sun on my back, and to realign the speed of my life. The sea doesn’t care how long my ‘to do’ list is, she’ll wait. She doesn’t care if I’m rich or poor, revered or shunned, healthy or ill; she welcomes all who visit with open arms. The ocean is where I have been taught the Pono way. I often stray or ignore her lessons of ‘rightness’ but she patiently calls for my return. She doesn’t chide me when I go because she knows I’ll be back. And she’s right. She’s taught me to seek my Maker’s quiet place externally and internally. The ocean holds the fingerprints of the true Master here within my touch to give me a place to be still, figure out my problems and my next step in life with Pono power or rightness of heart.

This piece is an excerpt and first appeared in the book Lessons From The Garden.

Great piece, Pamala! As a surfer and new dad, I totally relate. Surfing is therapy for me, necessary stuff, and my wife knows this. I can’t wait to teach my baby girl how to get barreled just like my Ma taught me. All the best to you and yours! Cheers! – Isaac

Excellent Isaac! Your influence with your daughter is the most powerful male role model she’ll have. I wish you all the best! Mahalo! 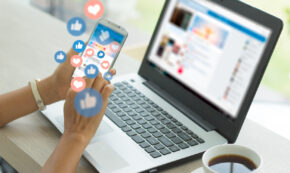 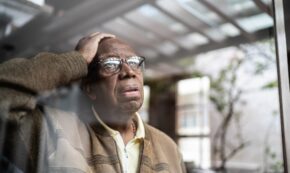 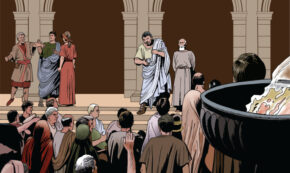 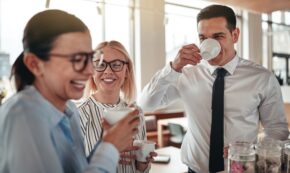 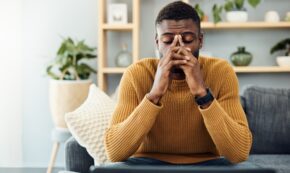