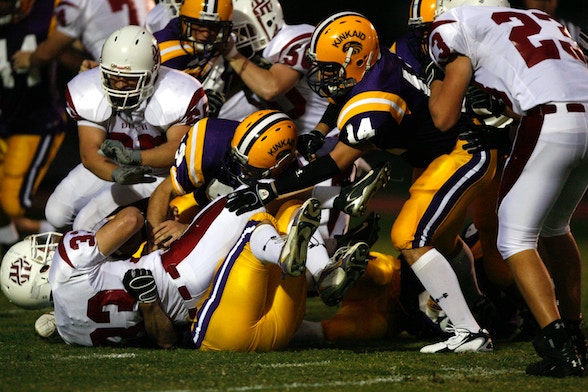 Being a Winner or a Sportsman

My sons love their bikes and Hot Wheels—anything that moves really. My younger son, in particular, is a car fanatic. The boy can name makes of cars from far away. He recently said he wants a Tesla. He’s three.

Along with his penchant for motors is a competitive streak. Bike riding around the neighborhood, he’s hell bent on being the leader. He whoops and hollers getting to a speed bump first. I often have to remind him, “This isn’t a race. We’re just riding bikes.”

Okay, so maybe I’ve got a future race car driver on my hands. Cool, yet I’m curious about his competitive nature, and I’d like to nurture it, but keep it healthy. I’d prefer not to see it veer off into a toxic place, where all he’s concerned about is winning.

In his 2018 collection, Bad Stories, author Steve Almond offers a jarring and truthful overview of our nation’s current fractured psychology—offering both a post-mortem of the 2016 election, and an examination of the pervasive nature of competition and sport in all aspects of our lives. While competition is good, it also has a dark side. Almond refers to what he calls the “sports brain,” in which we only see our experiences as wins and losses, where we revel more in the defeat of others instead of our own success.

Where my little guy gets this streak, I don’t know. We don’t emphasize winning and losing in our home. We don’t watch many sports on T.V. Big brother’s competitive nature has evened out some now that he’s in kindergarten at school, which promotes teamwork.

If this early behavior is “boys being boys,” I’m okay with that too, yet I’ll do my best to make sure these boys know the difference between being a winner and a sportsman. That giving your all to attain a goal is a good thing, but vanquishing others is not the way to go about it. Games are not zero sum. They are, for children, about having fun.

Photo by Keith Johnston on Unsplash