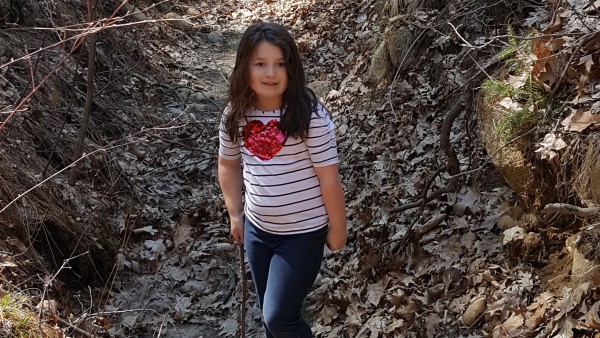 Our day started well enough. After an hour of running around the woods there was still plenty of time before the end of the teenager’s soccer practice for us to go to the adjacent playground for a while. I settled in at a shaded picnic table to “watch this” as she walked across a steel balance beam approximately three feet off the ground somewhere between twenty and thirty times in a row.

It’s an act I had seen quite a bit of on our last visit. A demonstration of agility she was thrilled that no longer required holding my hand to accomplish. The latest challenge faced and overcome.

One that we may have been a bit premature in celebrating. 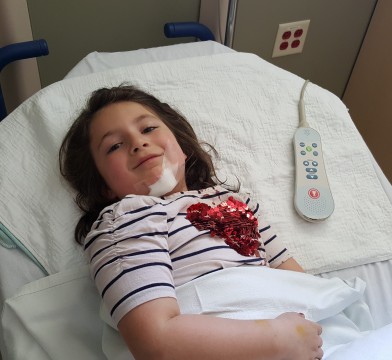 A lapse in concentration, a missed step and more blood than I would have expected later and we instead had our first visit to the Emergency Room, seven stitches being required to close the laceration on her chin.

As always, I was amazed by the toughness and resiliency of this kid. There were tears, there was some shock at the amount of blood, and there was fear when she was lay down for the sutures, but she handled it all without complaint.  After a numbing compress took some of the sting away her biggest concerns were over the chips in her freshly painted nails and whether or not she was still going to look pretty when her family came over for Easter dinner.

I’ll be curious to see what happens when we go back.  She has a stubbornness to her that has never really been tested in this manner before.  Will this be considered a failure that needs to be rectified, or a reason to stay away from the beam from now on?

I’m guessing that it’s going to be somewhere in the middle.  I won’t push, but if she needs some encouragement to get back on I’ll provide it.  Both of us will need her to be holding my hand the first few attempts.

There’s an old boxing cliche that a fighter can never be considered a true champion until the first time he takes one on the chin, hits the mat, and gets back up.  Today my daughter took her first real shot to the chin. I’m willing to bet she’ll be ready to go when the next round begins.

This post was previously published on ThirstyDaddy.com and is republished here with permission from the author.
—