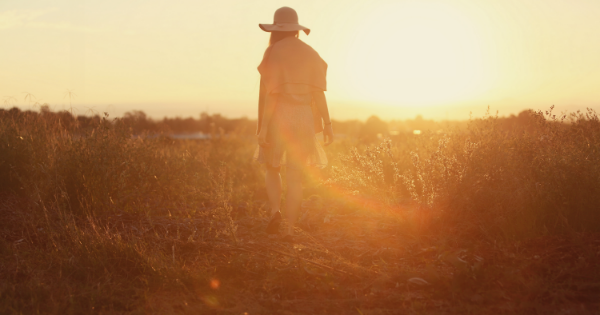 What does it mean to be the best father to a daughter?

I couldn’t say that there is a simple answer to this question. Fathers have heavy expectations placed on them as parents, as it is. Society says fathers should be towers of strength and are not show weakness of any kind.

The initial question itself brings me into a state of complete vulnerability. My father wasn’t a father, in the traditional sense. The term “sperm donor” comes to mind, though he was more of a “Contributor of Life Lessons”, honestly. My parents split up before I was able to walk. They weren’t together for long after I was born.

I let go of my father years ago for lots of reasons, but one sticks out the most: He said he never wanted to be a father, and that it was best for me to move on.

He said this to me while drinking from a bottle of rum, just days after telling me he had gone back to Alcoholics Anonymous. Only hours after he had returned from church. He said God would forgive him for his mistakes regardless, and that I needed to respect him as a good daughter should.

By now, it is safe to say that I did not have the best experience with him. My father was a drug addict and a narcissist. He was not capable of feeling compassion or empathy. My mother told me this was due to his own childhood. Because of that, I held on even more. I was hopeful for change in him.

When I was a little girl, I didn’t understand him, but I did understand that if he wanted to be there, he would have been. He never was, and I was okay with it. I remember feeling this way on my eighth birthday if you can believe it. I am thankful to have learned at a very young age, that people will do things we do not expect them to do.

It felt better when I was away from him. Being in his presence was the loneliest place in the world.

At one point, I tried to figure out why he was the way he was. In my search, I learned he had his own childhood to recover from. Frankly, at the time I really didn’t care to hear anything about it, at first. I was furious, angry, and needed real closure from the man that left such a yearning for acceptance in me. Eventually, I accepted that there would be no closure, that it really was important for me to let go, and move on from him being the father he should have been.

Through letting go, I developed so much more empathy for him than I thought possible. This helped teach me to have empathy and mindfulness for others going through hardships.

He once told me that he only ever wanted me to live happy, and to never believe I am anything less than a good person just because he wasn’t a great dad. He did the best he could, with what he had. I know that now.

There are things he did teach me that did make him the best father I could have had.

He helped me learn to remain calm in the face of adversity, to accept my own flaws, and that life wouldn’t always be fair. These are some of the most important lessons from him. These lessons come with sad memories, sure, but I realize the shame he must have felt, yet rarely discussed. I am thankful to have had these experiences, and I deeply believe that these are lessons I could not have learned any other way.

Thank you, Dad, for doing the best you could.

Photo by Leon Seierlein on Unsplash

Carissa is a Chicago-born, coffee-addicted, pun-loving writer that wishes to travel Europe someday, with hopes of writing the next great series of fantasy novels.