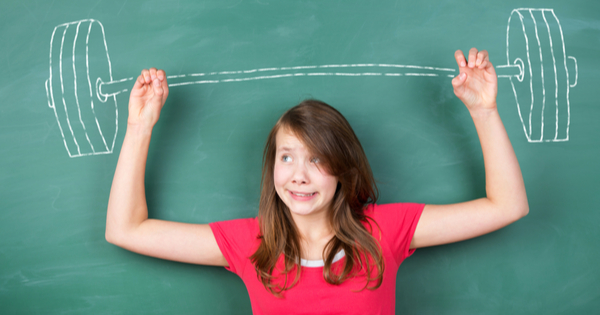 “Dad, I don’t want to go on any of those silly adventures with you this summer,” my teenager said as she ripped out my heart and danced on it.  My gasp alerted her that she messed up.

“Wait!” she said.  “I didn’t mean it like that!  I just mean that I don’t have to go to them all!”  It was like trying to patch the hole in the Titanic.  The iceberg had already hit.  It was cold.  So very cold.

“Well, that’s a change,” I whimpered out.  She realized that this conversation was big enough that she needed to actually put down her phone.  It was a very mature decision for a thirteen-year-old to make.

“I didn’t mean it like that, dad,” she said in something other than emojis.  “It’s just that don’t you think I’m getting a little bit old to go see the world’s biggest pair of underwear?”

I took in another sharp breath.  When I took her to see the World’s Biggest Underwear, she was eight and still loved spending time with her father.  That was also the same year we saw a statue for Jim The Wonder Dog, and the actual factory where sliced bread was invented.  It was a pretty cool summer.

“I’m forty-five,” I said.  “Does that mean you think I’m too old to see this silly stuff?”  This is a classic parenting technique called The Stall.  I’m trying to control myself so that I can figure out how I feel before I just flat out break down and let the world consume me.  It’s very stoic.

“No, that’s not what I’m saying at all  I just think you would have more fun if you took the boys.”  It’s a nice recovery on her part.  She is appealing to my own love for my children by bringing up her little brothers.  But she seems to think I wouldn’t have even more fun if she was there with me.  She’s clever, but not that clever just yet.

Her explanation is a bit jumbled, but I get her gist.  The thing is, I don’t really disagree with her.  She wants to spend time with friends, she wants to have some independence, and she’s not a little girl anymore.  I know all of these things and surprisingly it’s this last part that stings more than the rest.  It enters into the realm of things that I’m not ready to deal with yet.   This is the Parenting Paradox.

It’s the constant moving of the goalposts that we keep selling ourselves as a way to motivate us until the next chapter.  We believe that this part of parenting is tough but it’s going to get easier.

And it does.  The promise comes true.  One day they stop throwing food at the waitress or they can buckle themselves into the car without any help.  It’s glorious and magnificent.

What we don’t realize when they are younger is that one day they will come to you and say, “Dad, I don’t want to go on adventures anymore.”  That wasn’t part of the promise.

We find ourselves on the couch looking at our children trying to remember why we thought that other stuff was hard to begin with.  It was a sweet spot; a time when they looked up at you rather than their friends.  They couldn’t wait to show you the picture they just drew, or the table they just smashed.

Somedays it would have been easier to just stay home and glitter bomb the living room again.  But Monkey Island was out there, and it needed to be seen. The kids needed to burn off energy.  They needed to be outside.  They needed experiences.  All along the way, I told myself that it would get easier.  That one day they wouldn’t need me as involved with them as much.

It came true.  Son of a bitch.

“You don’t have to go on every adventure,” I said to my daughter.  “I get it.  You can spend time with your friends, or at the mall, or doing yolo things.”  She laughs at my generational joke.  The smile comes to her face, and for a moment, I am reminded of that little girl that couldn’t wait to get to the World’s Largest Czech Egg.

The Parenting Paradox.  It doesn’t get easier. We only think it will because we don’t realize when they don’t sleep through the night, those are the nights that they are wrapped up in our arms.

We say we want easier without knowing easier isn’t better.  There are adventures out there and memories to be made.  It’s just that the hardest adventures are the ones that we have to eventually do alone.

She’ll be fine, I have no doubt.  And she doesn’t need me around her all the time creating excitement.  But maybe if I can just make it through this part, she’ll want to go on another adventure with me one day.

Facebook10Tweet4PinEmail1Shares15
wpDiscuz
Share this ArticleLike this article? Email it to a friend!
Email sent!