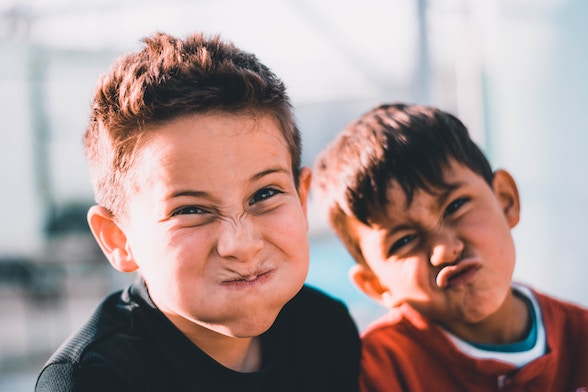 There is a nightly battle in my home. It’s called the Bedtime Wars. It begins around dinner time with the sweetest simple question from our youngest: “Who’s putting us to bed?”

Old world, I raised my hand with enthusiasm. “I am,” I would say, more as a reminder since I was the regular bedtime coordinator. We were so accustomed to my doing said duties that we had it down to schedule. I was Monday, Tuesday, Wednesday, Friday, and Saturday nights. My wife was Thursday and Sunday. How we fell into this pattern, I’m not sure, but it felt right: my being able to usher my lads to sleep each night, and she getting a break after being on with them all day.

Then something happened. Massive protest. Civil unrest. Rioting in the hallways and bathrooms, major tears and meltdowns that lead to the boys running back downstairs for Mommy to finish the bedtime rituals. I believe the cause of the breakdown may have been my scaling back playtime before lights out, or it might have been my perfunctory style of brushing, putting on of pajamas, and reading so as to keep on a tight schedule. It could have also been my patience, which wears thin when the rascals don’t cooperate.

Suffice to say, I was ousted. I took a two week hiatus from nighttime activities. They boys still give my wife hell, to which she too has run out of ideas. She began a list of “missions” the kids have to complete in order to get to story time. It kind of works. We’ve tried alternating wash up duties and lights out duties, me taking the first half, she the second half. That’s failed too. They still run amok.

And then our smallest, once again, said, “I have an idea. How about Mommy puts us to bed one night, and then Daddy the next?”

And so the plan has taken hold. When they ask “who’s putting us to bed?” we no longer look askance or waffle in our response. “It’s Daddy’s turn tonight. Remember, Mommy put you to bed last night.”

While all of this might seem like we have given in to their demands, perhaps it’s democracy at work. Perhaps it’s the people rising up to get not only what they want, but what they need. Or maybe it’s just like everything else: a childhood phase. A moment we’ll look back on and say, “What a funny, sweet little time that was.”

Photo by Austin Pacheco on Unsplash