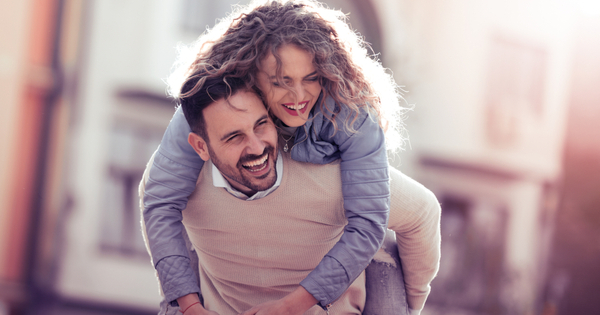 If you want to find lasting love, ignore these clichés.

Let’s face it: Romantic relationships occupy a lot of prime real estate in most people’s lives. And rightfully so! A great majority of us long for stable, fulfilling relationships with a partner we can share our lives with. So why does the quest to find a true life’s companion seem like Mission Impossible for so many? We think it has a lot to do with basic misconceptions that we’ve learned to associate with relationships.

It’s high time that we debunk these relationships myths and misconceptions and expose the illogical thinking behind them. The next time you hit a bump in the relationship roadway (or maybe experienced a real crash-and-burn defeat), steer away from these four pieces of misguided advice. Otherwise, you may end up down another dead-end street.

Think about this: If you’re a natural introvert, why would you chose a partner who’s the life of the party and always wants to be in the limelight? Or, if you’re outdoorsy and prefer the natural settings over the manmade environments, why would you go out with someone who prefers wandering through malls more than remote trails?

Looking for someone who’s preferences and lifestyle are 180-degrees the opposite of yours is a recipe for disaster. Do you sincerely think you can build a harmonious, lifelong relationship with someone you have next to no compatibility with? What’s more likely is that, once the infatuation is over, those opposite tendencies will turn out to be exactly what make the relationship fail. Instead, as you search for your soul mate, your odds for success will be higher if you seek out someone with similar qualities and common interests.

We’ve seen this so frequently on the silver screen that we like to refer to it as the “Hollywood Syndrome.” You meet up with a friend who excitedly shares how the guy she just met is the one. She gushes about how “the instant I saw him, it was love at first sight.” Then she goes on to describe how their eyes met across the room, how they were drawn to each other, and how the sparks flew for the rest of the night. Then, sure enough, a few weeks later when you meet up again, she either tells you it’s over, or that they’ve taken their foot off the accelerator.

Okay, let’s be clear here. We’re not saying that love at first sight can’t ever work. We believe in connection, and chemistry, and all the alarms that go off when you’re attracted to someone. But, at some point early in the relationship, you’ll still need to assess what you truly value in a companion. We’ll need to listen to what your inner voice is telling you. What you see isn’t always what you get. The bottom line is, you’ll have to do the work if you want the relationship to last.

Sex by the third date is the new normal.

Nowadays it’s hard to know just what the expectation is around sex. Some expect it on the first date; some think each party should know by the third date if there’s a connection, and act on it. Frankly, there’s no such thing as a set timeline for having sexual encounters.

Never feel pressured by what others say is the “normal” timeframe. It’s your own decision, based on what feels right foryou. And, it’s important to remember that anything of value is worth waiting for. Keep in mind that whatever a relationship is built upon determines how well it holds up. In other words, if you build a strong foundation based on friendship, respect and trust, you’ll know if the structure will crumble or hold up when you weigh sex.

It’s better to get back on that horse.

We’ve all lived through scenes like this at least once in our lives: You’re getting a haircut, and the guy in the chair next to you is spilling his guts about the girl who just dumped him. (Yes! Men talk about their relationships at the salon, too!) Meanwhile, the barber is listening and carrying on with his haircut until someone blurts out, “You’d better get back on that horse right away.” We hear this advice so often that it’s become like doctrine. But we stand to differ.

Every romantic setback is an opportunity for a life-changing comeback. But this can only happen when you take time to step back and truly examine who you are, what you bring to a relationship and, importantly, what you truly want.

About Diane and Mario Cloutier

Authors and relationship coaches Diane and Mario Cloutier found each other in 1998 after they both had experienced unfulfilling relationships. Their new book, Relovenship™ - Look Within to Love Again (Xclamat!on Media, 2015) gives inspiration, hope and  a step-by-step methodology to people who have had romantic disappointments and are still looking to find "the one." Mario Cloutier is founder and chief creative officer of Xclamat!ion Marketing. Diane Sawaya Cloutier enjoyed a successful career in managerial roles with Fortune 500 organizations before focusing fulltime on the couple's ReLovenship™ book and seminars. Learn more at www.ReLovenship.com.

I don’t know if opposites attract, but my experience in being married to someone way too much like myself in many ways, was that we tended to reinforce each other’s bad habits.

Facebook1.8kTweetPin2EmailShares1.8k
wpDiscuz
1
0
Would love your thoughts, please comment.x
()
x
| Reply
Share this ArticleLike this article? Email it to a friend!
Email sent!