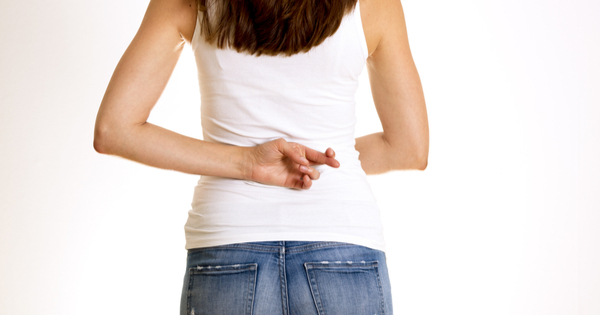 The human race has become very good at lying to ourselves. I’m not sure if this is a modern issue, or if it’s something that we have done since the dawn of time. My money is on the dawn of time because the brain doesn’t enjoy hearing or reading something uncomfortable and it will generally prompt us into doing something different or telling the storyteller to change the subject.

Have you ever heard of this saying? It’s been said to me a few times back in the days when I wasn’t the best of people to be around, and a few friends took it upon themselves to tell me what they really thought. Yeah, it hurt what they said, but in the end, it was the truth. And it hurt. Which sucked for me.

You’ll be surprised when I tell you that some of us walk around oblivious to accurate perceptions of our appearance, our personalities, and abilities, even some of the things we have done in the past.

For starters, our memories aren’t as good as we think they are; in fact, that thing you remember? You know, that thing? Yeah, well, it probably didn’t happen the way you remember it.

Couple that with a brain that doesn’t like to recollect bad memories or face the uncomfortable truths of our lives — then we’re in for a whole lot of trouble. This is why you have probably heard of people in the news, or documentaries who have completely forgotten a part of their lives due to trauma. Not that I am saying this is you of course, only that it happens to most of us on a much smaller scale.

Maybe that time you asked out your friend when you were a kid didn’t go as well as you thought it did. Who knows, right? Anyway, I’m not here to judge, only to arm you with the foreknowledge for this article. On with the show!

Okay, so this was one of my killer hangups in life (it still is in some cases). Downplaying my interactions with other people to make myself feel better. I do it with my friends, my family, and especially my wife. At the beginning of our marriage, I used to do this ALL the time until I became a bit wiser with age.

My wife and I would have a disagreement over something that I wanted to do that she disapproved of and I would just go and do it anyway. In my mind, if I just went and did what she didn’t want me to do then she would see that it benefited us in the long run and all would be well. Of course, it would always end up badly and there would be major arguments afterward. This was my lack of trust in my wife’s judgment, but on a deeper level, I was downplaying her judgment so that it fit into my agenda.

Pure unadulterated communication and honesty. I had to ask her how she would feel if I was to do a, b, and c, and what action would she take if I did anything — then I truly understood. I began to ask her how she was feeling after the arguments we had, and what I could do to stop them from happening again. This all seems terribly one-sided but through my openness and honesty, she began to do the same with me too.

Did you know that divorce is on the rise? Did you also know that it’s statistically higher for a woman to start divorce proceedings? Yup, these are all super easy facts to find on the internet. My son is in the minority at his school having both parents in a loving relationship and still together. In fact, those stats were flipped when I was at school, and I was in the minority having only one parent at home. I solely blame technology and the human tendency to addiction, but that is a post for another day.

People naively walk into marriage these days thinking it will be happy ever after and some of them end up being taken over the coals in a nasty divorce settlement. We’re just happily ambling along, going about our business and then bam, “we need to talk,” out of thin air and taken by surprise. I know it, I’ll admit I’ve been close to it in the past with my wife. Marriages are hard work. Stop kidding yourself.

Some men and women will fall into the trap of blaming their other half for the downfall of their marriage, with absolutely no reflection on how their own behavior contributed to the spot they are in right now. Don’t be that person that defers responsibility to other people.

The best way to stay in a loving, happy, relationship is to not get too comfortable. Okay, so there’s nothing wrong with settling down into fatherhood or motherhood and growing old together, but there needs to be a certain level of commitment from both of you to move the wheels of togetherness along. I’ve heard the saying,

treat every day with your partner as if it was your first week together.

I could only but agree with this statement. I know, it’s hard, with kids, with work, with external commitments, etc. But there’s nothing to stop you dropping the kids off with the parents, taking a few days off work and reconnecting with the love of your life over a long weekend, right? Keep it fresh, definitely keep it sexy, and discover your partner every day.

You can never go wrong with that.

This is a problem that both my wife and I suffer from in our marriage, but granted we are getting better at it. I’m often saying to my wife, “what? So you expected me to have a crystal ball and when it turned out I didn’t know, it was all my fault?” – Yeah, that.

Bad communication in long term relationships is a struggle, and when you go around automatically assuming that your partner is a mind reader, you’re going to have a bad time. There’s a reason marketers tell their staff to, “explain it to them like they’re five,” and it’s not because of our excellent information detection and sorting skills. Most people have a lot of things on their minds, and work to do — and something you think is important may not be on your partner’s high priority list.

Sit them down and explain it like they’re 5. Okay, so don’t pat them on the head and tell them they’re a good boy/girl when they get it, just sit there and explain it to them until they understand it, no matter how long it takes, or how hard it is to get through to them. A relationship is meant to be tough work. Sometimes it means explaining things to your partner over and over until they get it.

A catchphrase of mine that I’m trying my hardest to get out of. Ever get annoyed at your partner for constantly nagging at you to tidy up, pick up your clothes, fix the car, have sex with you, stop complaining as much? Again, this all boils down to communication between both of you and the way in which you interpret it. We can often get stuck in our own little worlds, and even more so when we’re living with someone. We can often misconstrue living with someone as sharing the same lived experience. But at the core, we are still individuals and have wildly different experiences, beliefs, and goals — it’s not our jobs to change each other, but more so understand one another.

Listen to your partner and act on what they say. Even if it’s difficult to hear. Remember, it’s a bi-directional situation here. You shouldn’t just do everything they want and not have any demands yourself. I listen to my wife, but God be damned I have my own requests, wants and needs, and she has to listen to them — especially if I’m doing her the courtesy of listening to everything that she wants and needs, even if it hurts me to do so.