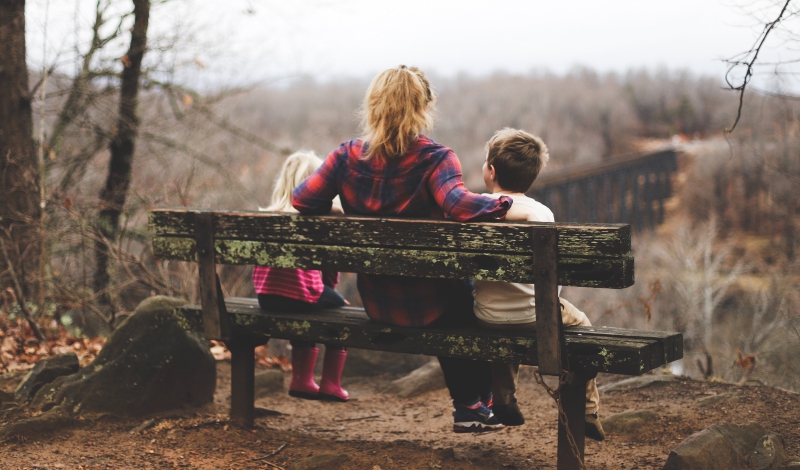 I remember the uncomfortably short and awkward ‘alternative to sex talks’ I had with my parents when I was much younger and trust me, they were far from glorious — like really far. The worst was when a discussion that was meant to be about my crush turned into a class about celibacy.

In fact, in a study of young people aged 12 to 15 years conducted back in 2014, nearly one-third of the kids said they had never talked to their parents about sex.

As two somewhat similar generations (Y ’n’ Z), we’ve survived many scares, beaten back many stereotypes, and even enforced a lot of reforms. In fact, we sometimes like to believe that we ushered in a totally new era.

But surprisingly, in this century where openness and self-expression is the order of the day, home sex education is a requisite that we still can’t boast to have held down. It managed to slip out of our forefathers’ hands, and it has constantly evaded capture ever since.

It’s been drifting from hiding behind the shadows of taboos that shouldn’t be mentioned at home, to stashing itself away in the hay of awkward topics that we’d rather not discuss with family.

Now, to sweep out this marauding criminal, I’ll be briefly sharing 5 reasons why it’s quite dangerous to be tight-lipped about sex at home. So here we go!

Due to the biological makeup of teens, it’s quite natural for them to be inquisitive about sex.

For one, they’ve got thousands of hormones coursing through their changing bodies so as expected, they have questions that need answering.

You remember how curious you were, and how many questions you had when you were much younger? Well, it’s even way more curiosity for kids in this era. As it’s obvious that these times are dominated by the media and children with premature minds.

They’ve got a thousand and one questions, so you either parent-up and get them answers, or they just get them elsewhere.

“Dad does it really hurt the first time?

“Girl, I don’t know. You shouldn’t even be worried about that now”

Every time you leave a question unanswered, you’d be leaving them to the dangers of getting explanations from untested waters when actually, you could easily protect them by being open about what really matters. It could be awkward, but it’s definitely worth it.

2. You’ll be leaving them in the wild west

Continuing on sources, when you fail to let them in on the major topics on sex, and I mean the major topics, you’ll be endangering their innocence. Now that’s quite unlike what you thought right? Well, here’s why:

“Parents fear that if they bring these issues up, they’re signalling that it’s okay to have sex, but that’s completely untrue — we know that for parents who bring it up, and bring it up regularly, their kids are least likely to have sex” said Vincent Guilamo-Ramos, a professor at the Center for Latino Adolescent and Family Health at New York University’s Silver School of Social Work and author of an editorial about the research

Moving on, kids either go out there to source for info, or it comes to them, but either way, there’s no filter!

If you fail to have extensive sex talks with your kids, you won’t be able to help them separate the study and knowledge of sex, from the immediate practice of it because when they’ll be learning it on their own, you won’t be there to guide them.

It’s a wild west out there, and leaving kids to roam it on their own could be quite disastrous.

“Studies show that the more children are exposed to sexual images in the media, the more likely it is for them to engage in sexual behaviours at a younger age” Excerpt from Sex education for children by AboutKidsHealth — a mission self equipped with the duty to improve the health and well-being of children in Canada and around the world

Wow that’s strange, is it still sex we’re talking about here? Well yeah, sex is an indispensable activity in our society which means it’s weighty, and it has a capacity to wreck a lot of havoc if mishandled.

Mistakes made due to sexual ignorance can be very costly. And this I must say, is irrespective of the gender. From the emotional trauma, to the physical effects, then the social disdain, it could have really messy aftermaths.

It’s messy when girls are battered and taken advantage of due to their combination of social innocence and sexual ignorance. It’s also messy when guys make the wrong turns and mess up their relationships. It’s even messier when such happens because parents never really educated their kids as bluntly as they should have.

When things happen to us, we naturally want someone to blame and get angry at. So who better to lash at than the parents who didn’t do their jobs right.

In essence, when you have adequate knowledge of sex, it has a way of positively affecting your confidence and safety in relationships. You understand it’s trappings and you know just enough about your body to have a pleasurable and healthy sex life with your partner.

On the other hand, not being taught will not make you look innocent like it’s been hypocritically portrayed over the years, rather it’ll plainly make you a clown. As a misfit, you won’t fit in sexually and that could even grow into multiple major issues

But sadly, parents don’t extensively teach the intricacies of sex. Topics such as the applicable techniques and importantly, the emotions involved. These things are of the essence and the less parents teach these, the more misfits they pop into the society.

Parenthood is an all-encompassing responsibility, and sex should be taught just as much as morals and principles.

Yes, no doubt, sex talks are sometimes awkward but the consequences of not having them would outweigh that awkwardness on a triple scale.

We’re a forward generation, and maybe the most liberal and open-minded one the human race has ever seen. So how about we make that count?