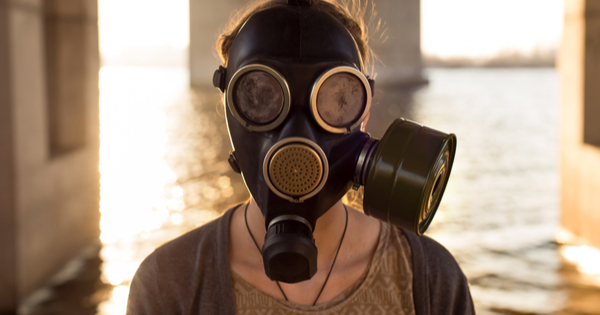 Like a lot of other terms in our era of self-help, the word toxic gets tossed around pretty easily (sometimes too easily!). This can take away from what it actually means & can cause us to either become desensitized to it or to overreact by labeling things immediately as “toxic” & using that as an excuse to paint ourselves as a victim or to avoid putting in the effort to deal with certain things.

While this term can be relative, it’s important to note the difference between toxicity and incompatibility. There will be people who we simply don’t get along with, whose decisions or values we don’t agree with, who don’t behave in a way we think is appropriate or who just aren’t very nice to us. This is not necessarily a sign of toxicity. That girl who gives you dirty looks, that guy who never calls back, or that rude colleague, while unpleasant, are not necessarily toxic.

It’s also important to note that there is a difference between a toxic person and toxic behavior or a toxic relationship. Sometimes the people involved aren’t toxic people but they are having a moment where they’re not at their best OR where the dynamic of the relationship you have with them is toxic.

The term toxic can be best described by thinking of chemicals. The toxic ones are those that we should be cautious about because they’re dangerous. The same concept applies when we use it to refer to people or situations, we are saying that they are potentially harmful to themselves & others. The term toxic refers to those that negatively impact the wellbeing of other people through various levels of emotionally (or even physically!) abusive or manipulative tactics to get what they want.

Still not sure ? Here are some signs you might be dealing with a toxic person:

If you’ve established that you’re dealing with a toxic person and not just an incompatibility. Here’s what you can do :

Unfortunately there is no magic solution for changing a toxic person, they have to be willing to admit they have a problem and to do the hard work it takes to change. BUT if a person’s toxic behavior persists and it is having too much of a negative impact on your life, you may have to wish them well and continue to move on with your life without them in it, in order to preserve your wellbeing.

Cutting ties might be difficult. Sometimes circumstances don’t allow enough space, or history & emotions may be involved. They may even try to make you feel guilty for setting boundaries or try to find clever ways to keep ties with you, even if you made it clear that you feel that they’ve become a harmful presence in your life. This is where it’s most important to reinforce your boundaries.

There are times where it’s not possible to fully walk away but using the tips above to limit the amount of physical and mental space you allow them to occupy in your world will allow you to make more room in your life to nurture more healthy relationships and connections, including the one with yourself.

Writer with a passion for human behavior, relationships & personal development. How to use self-awareness to be your best self & build better relationships.